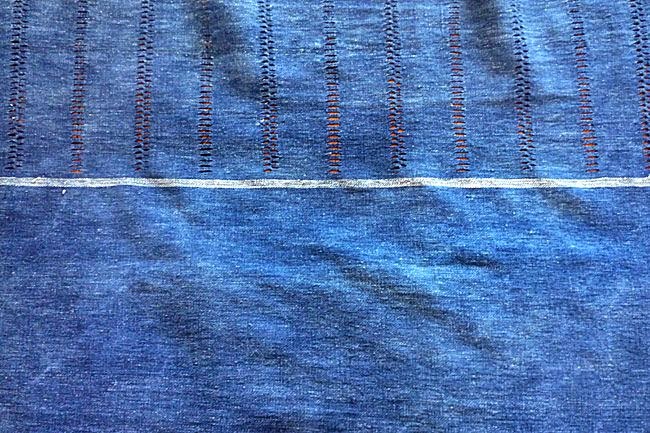 [Mid-19th-century indigo cotton cloth with a panel of slit weaving known as Yoraba lace from Esther Fitzgerald. Details below.]

The pairing is genius. (As good as when salt and caramel first got together.) 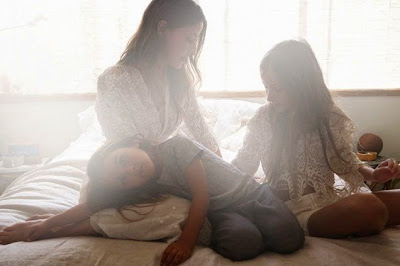 [Airy and light. Hannah Henderson and kids via The Glow.] 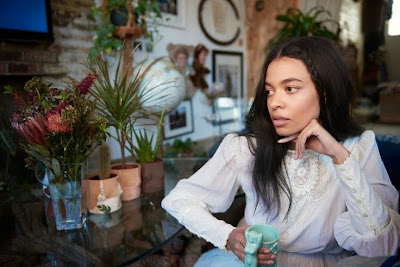 [She wears it well, too: Aurora James in an ethereal top as seen in Vogue Paris] 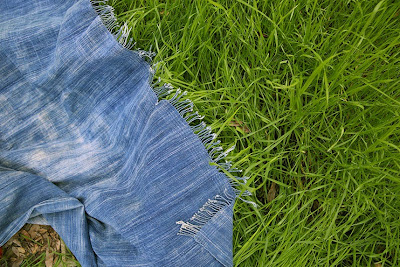 Although the cotton cloth at top was made by Yoruba people well over a century ago, it combines two of fashion's current faves: lacy open-work material and earthy indigo. In his book, African Textiles, John Gillow explains that Yoruba "lace" is traditionally comprised of rows of holes along the length of a stripweave and it's a bit similar to a type of openwork sometimes called "Spanish lace." But he points out that structurally the two differ. Yoruba lace has supplementary yarns, which create the very alluring little holes, and are not actually part of the plain weave ground.
Posted by Style Court at 5:10 PM