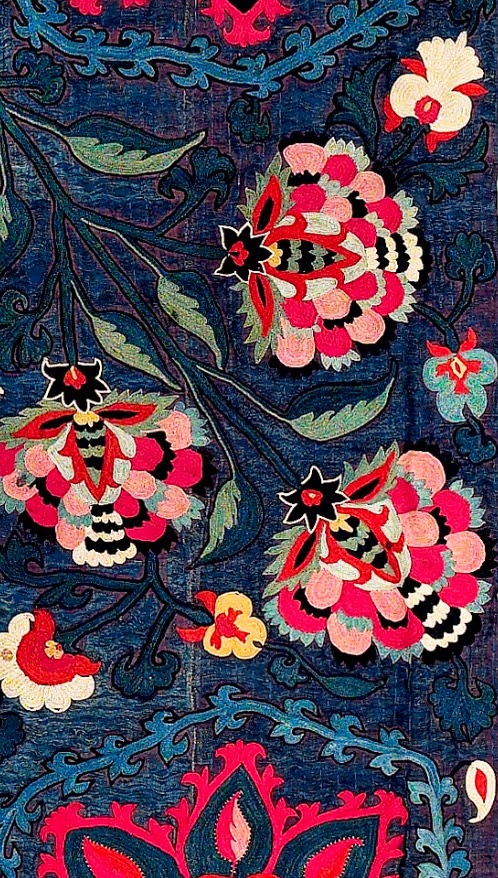 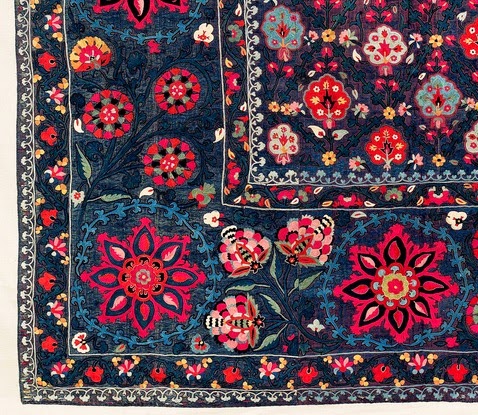 It's festival season, but it's also auction season.

If you've been following my textile news coverage on Instagram and Tumblr during the past month, you may have noticed quite a few suzanis coming up for sale. (Coincidentally, these antique embroideries often have a psychedelic vibe that happens to mesh well with the festival aesthetic.) One of the best performing suzanis to date is an 18th-century Uzbek piece distinguished by massive meandering vines and a palette of ochre, pink and orange with soft blues and greens.

As reported by Daniel Shaffer for Hali, this embroidery just sold for more than double the auction estimate. Full story here. 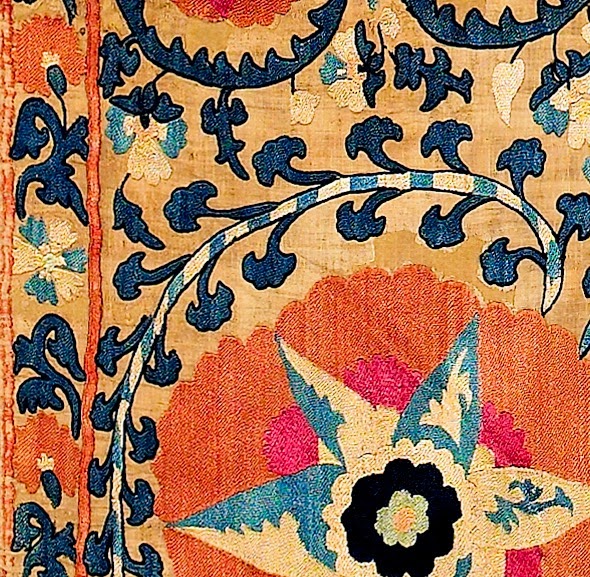 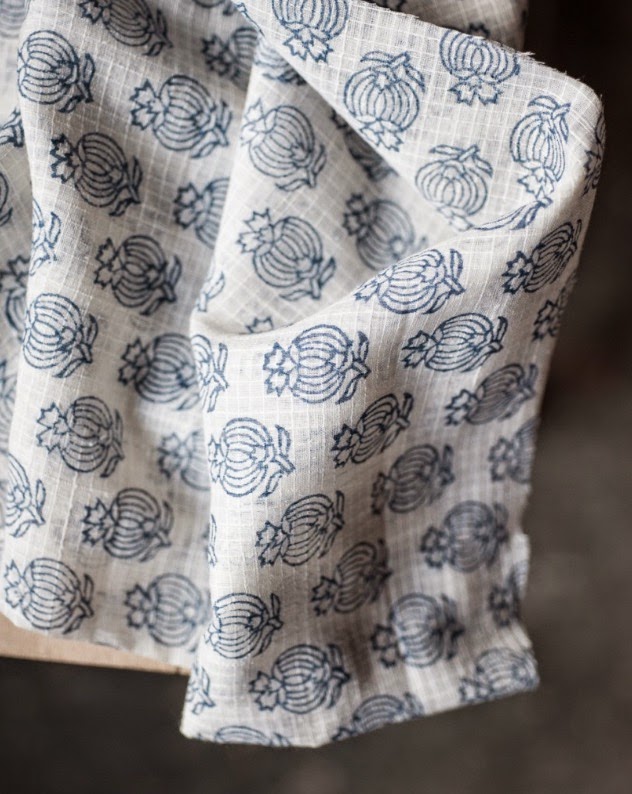 Gauzy and light, with a hand-blocked motif in deep blue over an off-white criss-crossing background, it's one of many Rajasthani cottons offered by the British fabric purveyor.
Posted by Style Court at 12:07 PM