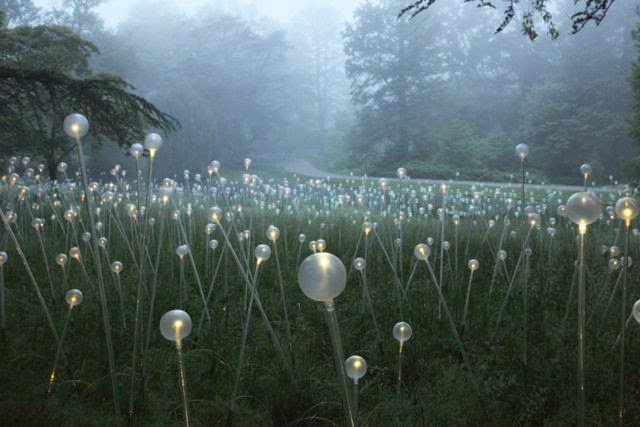 Here's something else to look forward to in 2015: British artist Bruce Munro's installation at the Atlanta Botanical Garden, May 2 through October 3. Known for his Field of Light first shown about 10 years ago at the V & A, Munro will do multiple installations throughout the ABG but the showstopper is likely to be his Forest of Light with over 30,000 illuminated stems popping up in the Storza Woods at dusk. Seen from above on the Canopy Walk, the sight should be magical evoking a mood that's sort of Carnation, Lily, Lily, Rose-goes-pared-down-industrial.
Posted by Style Court at 3:18 PM 1 comment:

The Freer Sackler is starting the new year with a bang, releasing images of 40,000 Asian artworks (the galleries' entire holdings) via a free resource called Open F|S. This means that the public will be able to access objects not on view and if interested use the images for anything ranging from massive mood boards to more scholarly pursuits  -- essentially any personal or artistic project under the non-commercial umbrella.

Check out the gilded "scar" on the old vase, above. Rather than hide its imperfections, a Japanese artisan highlighted the flaws as he repaired them. 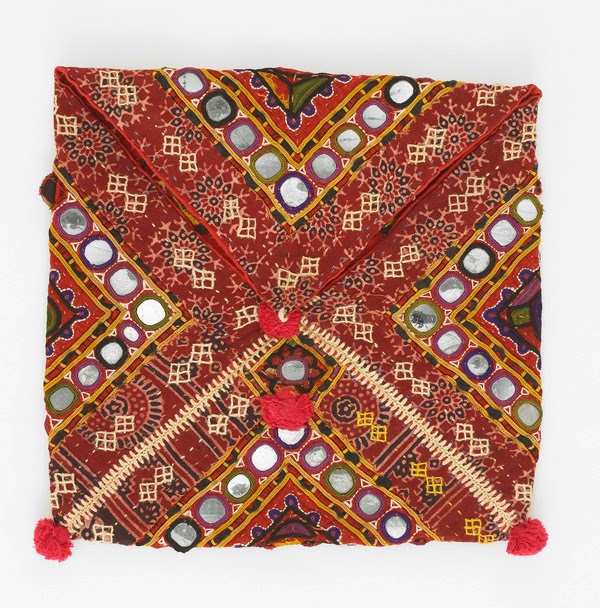 According to the museum, slight asymmetry also figures in the design of this handbag with pakko (meaning well-done) embroidery. The unconventional approach is supposed to stave off bad fortune.
Posted by Style Court at 10:16 AM 2 comments: 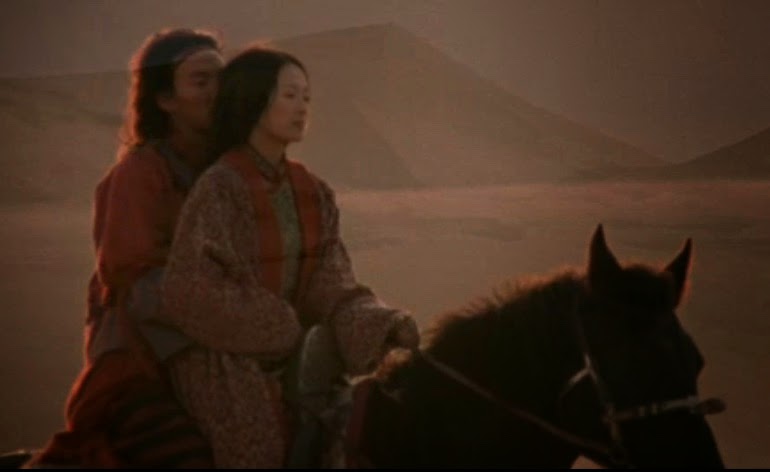 Last month I instagrammed a wish that Raise the Red Lantern (Zhang Yimou's staggeringly gorgeous but hard to find 1991 movie) would stream on Netflix or appear in iTunes. Hasn't happened yet but my fingers are still crossed; The Met's spring blockbuster, China: Through the Looking Glass -- set to open May 7, 2015, examining China as ever-enduring fashion muse -- might help build momentum. The Museum says that some of the show's "reflections" will materialize in film clips from acclaimed Chinese directors including Yimou and Ang Lee, which will complement the exhibited clothes and vignettes centered on women with presence such as Oei Huilan.

In the meantime, other easier to access textile-filled flicks include Yimou's House of Flying Daggers and Lee's Crouching Tiger, Hidden Dragon.  And The Last Emperor, subject of a past post, dovetails with the eras highlighted in The Met's upcoming show. (Actually, in one way or another all of the suggested films do, as the exhibition covers territory from the 18th century to the present, but Emperor shows more mingling of Western and Eastern fashion in the 1920s.) 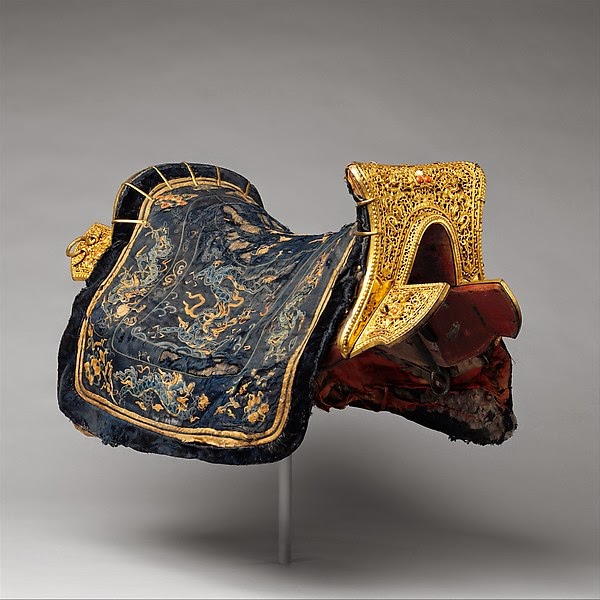 [17th–18th century Chinese saddle made for the Tibetan market. The Met.]

According to The Met, this opulent saddle is not unlike styles owned by the emperor Qianlong centuries before last emperor Pu Yi came on the scene. Though I'm highlighting it here just as a nod to the horseback riding scenes in Crouching Tiger. Well worth a look, the saddles and accompanying horse blankets in the movie seem wonderfully rugged by comparison.
Posted by Style Court at 7:07 PM No comments: 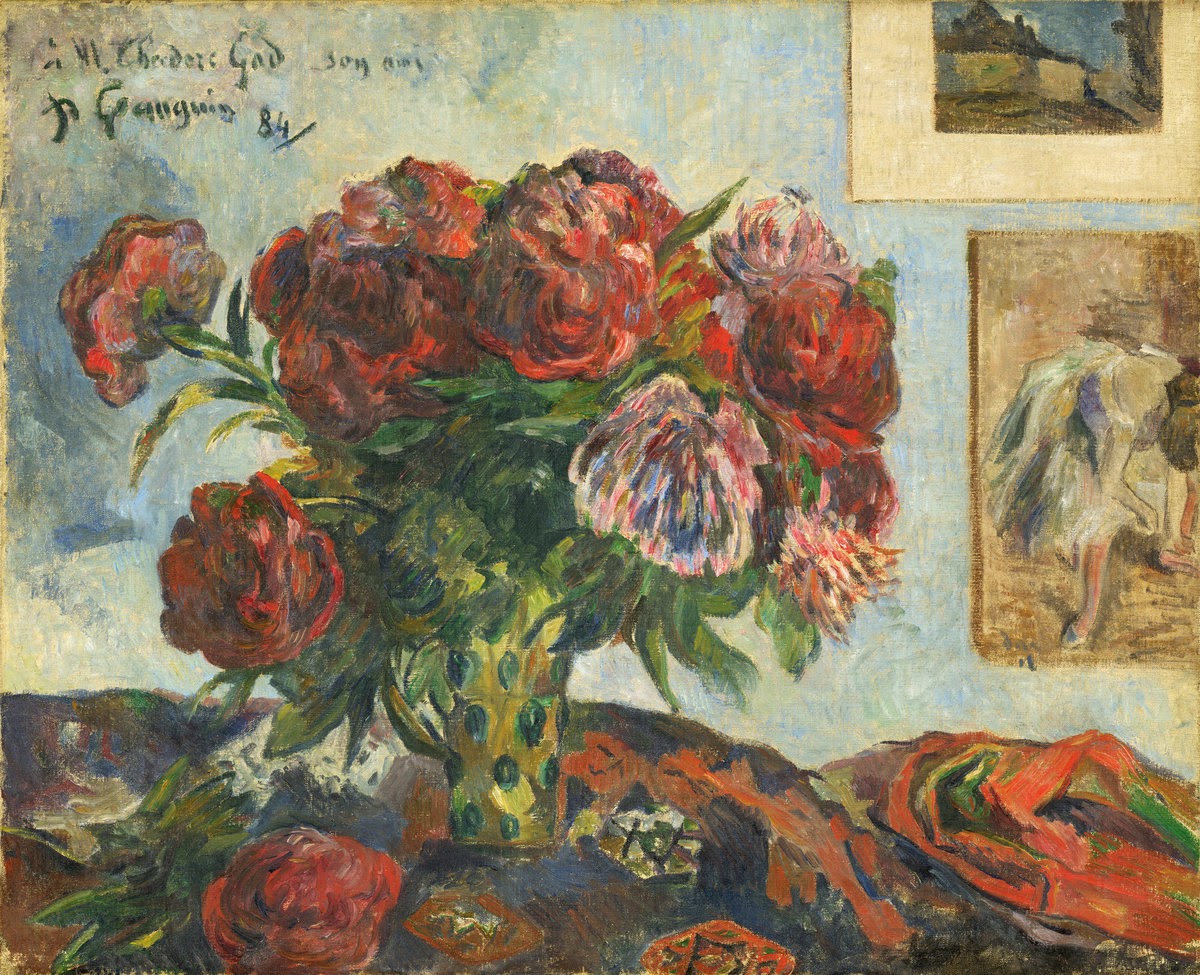 With its blue-grays, muted purple-y-pinks, rusty-reds and bits of gold, Gauguin's palette here is slightly more subdued than the electric color mixes seen in his later works from the South Pacific but nonetheless rich. Although part of the NGA's collection, the painting is currently on loan for the traveling show, Bouquets: French Still-Life Painting from Chardin to Matisse, which is now at the Dallas Museum of Art but headed to the VMFA in March (at the latter the exhibition title will be Van Gogh, Manet, and Matisse: The Art of the Flower. )

But back to Gauguin's piece, his colors bleed and swirl together a little like a paisley pattern from the same era. 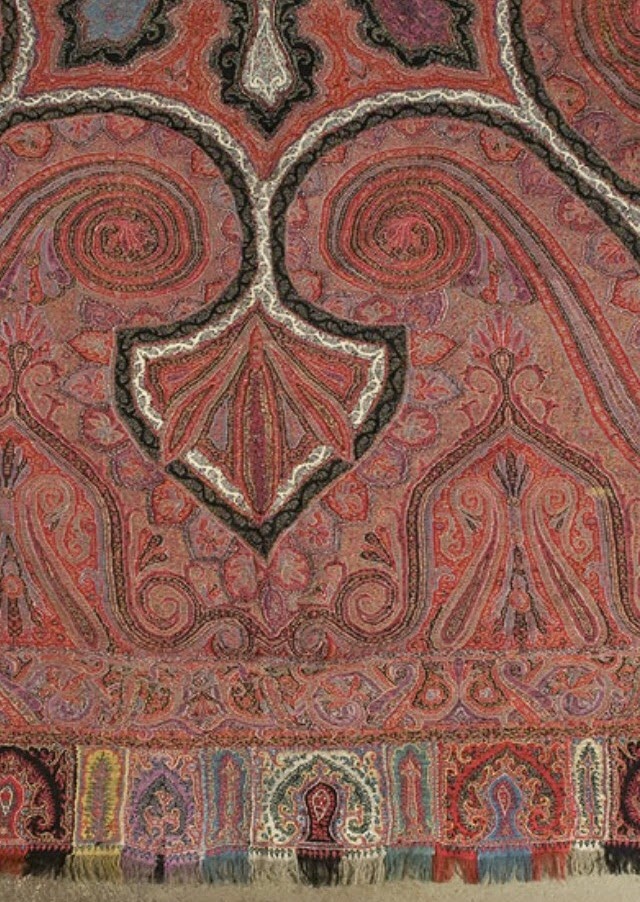 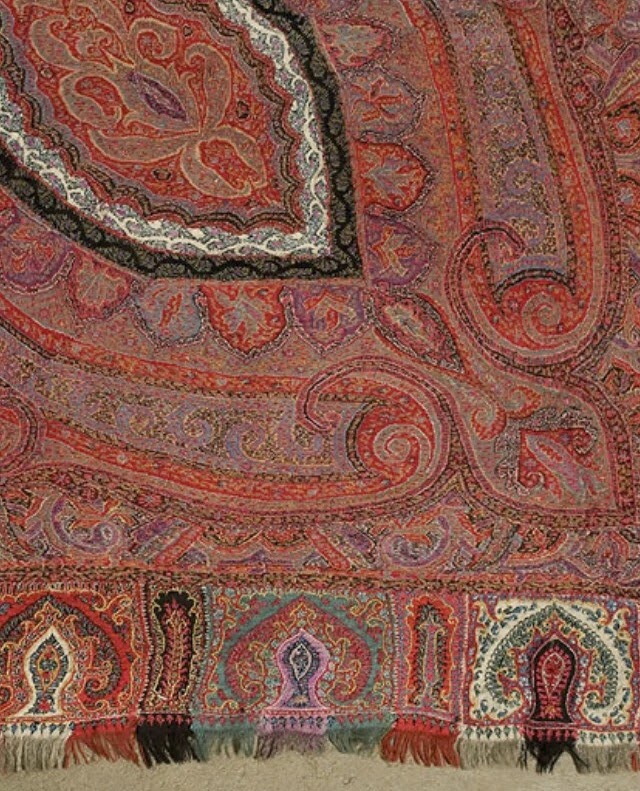 The palette of either object could be a great jumping off point for an entire room.
Posted by Style Court at 9:14 AM No comments: 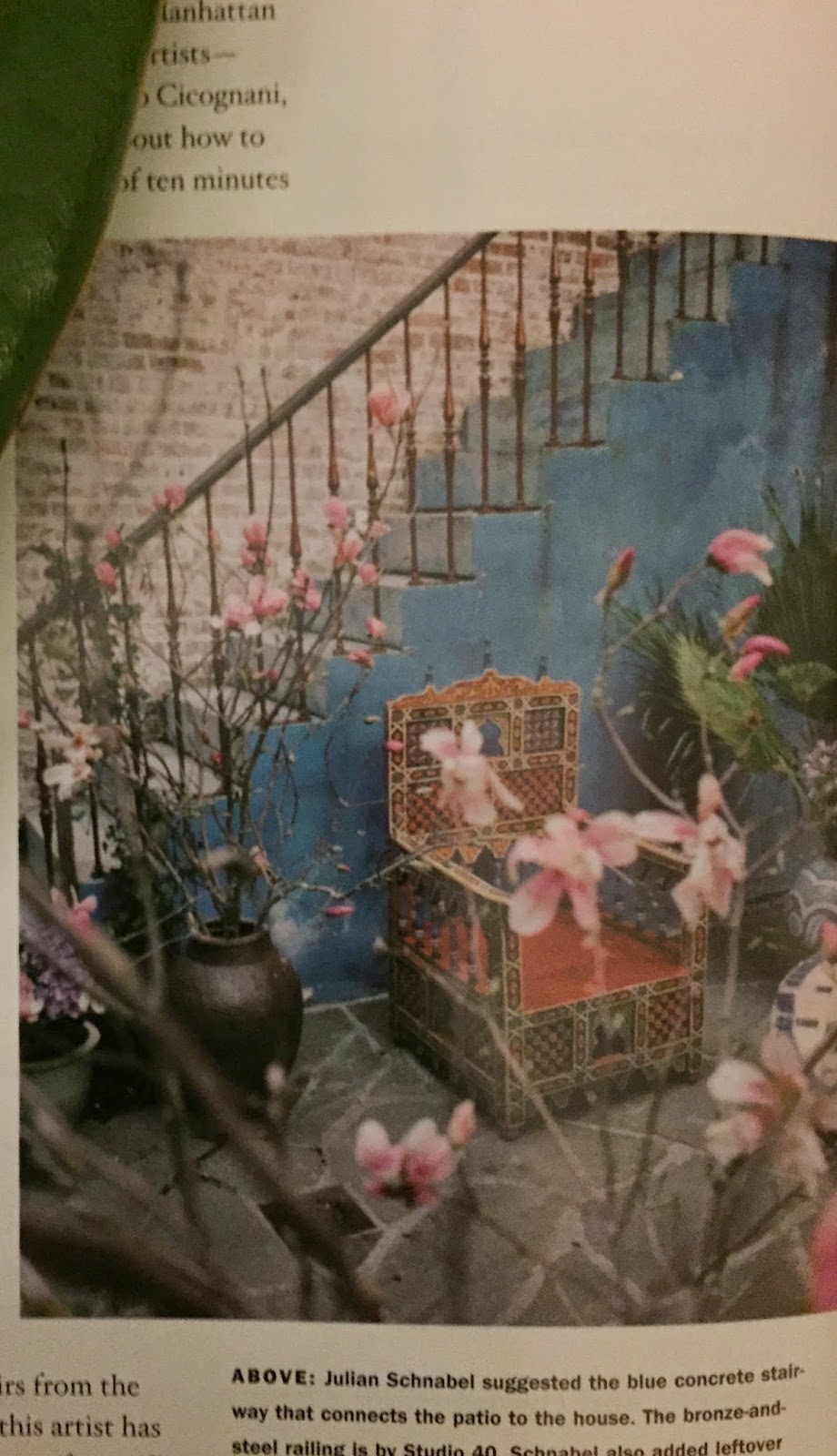 [Book open to an image by Francois Halard]

Up for binge watching a little art history?

A few years ago, scholar and BBC broadcaster James Fox presented A History of Art in Three Colours, a multi-part documentary in which he explores blue, gold, and white. All of the segments are riveting (think gold as embraced by the Egyptians and later by Klimt, and imagine Whistler's white) but lately I've been focused on Dr. Fox's blue narrative. 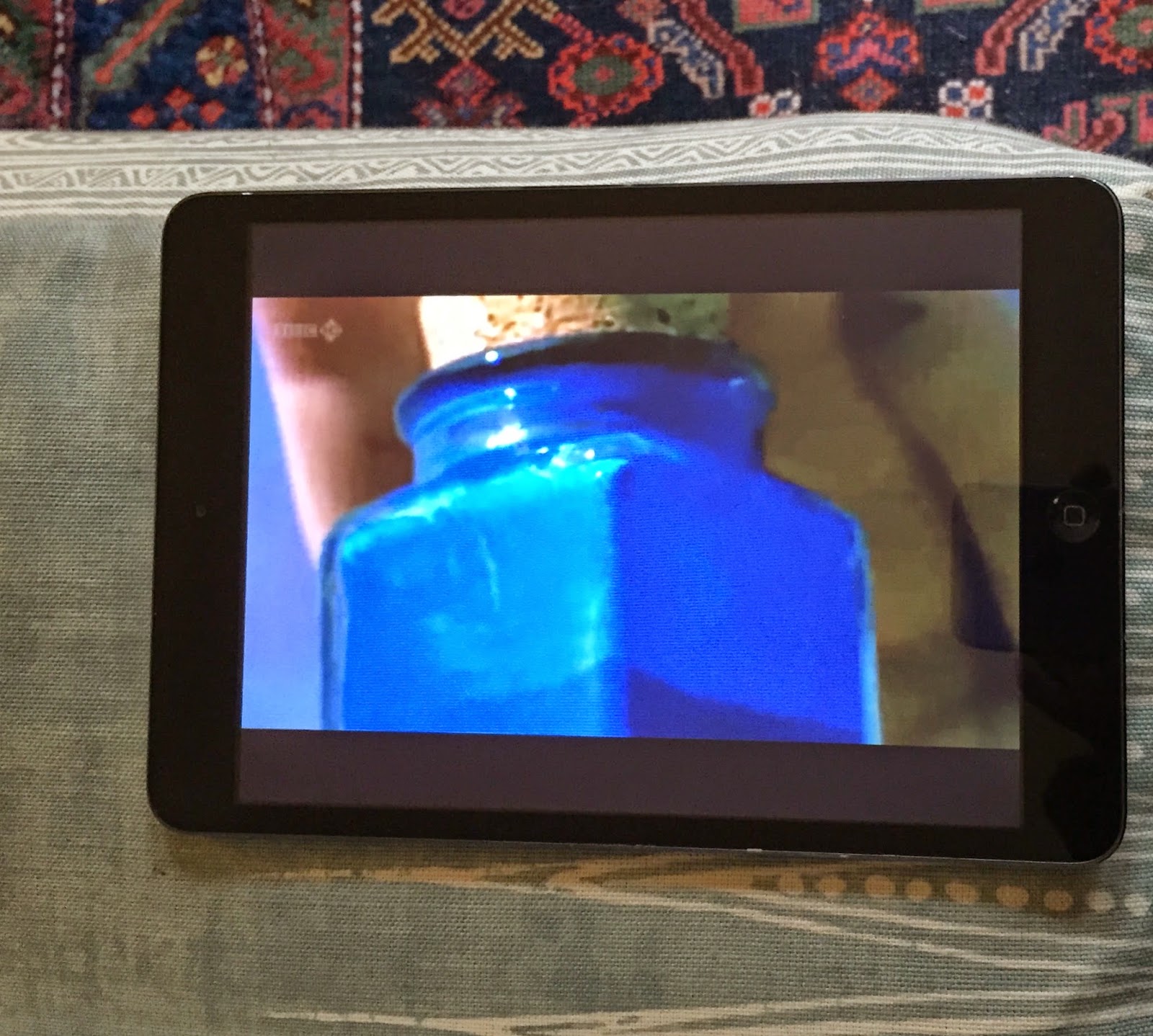 To convey just how rarefied and tantalizing lapis-blue was to medieval Venetians, he shows the laborious process by which the lapis stone was transformed into brilliant ultramarine paint, and he visits Giotto's star-flecked, deep-blue, 14th-century barrel-vaulted ceiling within the Scrovegni Chapel in Padua. Fox sees blue as an adventurous color, sometimes exotic and technically always a bit out of reach.

By the late 20th century, blue pigments weren't so rare but the application of blue paint on a Manhattan patio stairway -- a detail I spied in the 2001 book, House & Garden Book of Style -- still has an adventurous spirit.
Posted by Style Court at 4:09 PM No comments:

The Eye Has to Travel 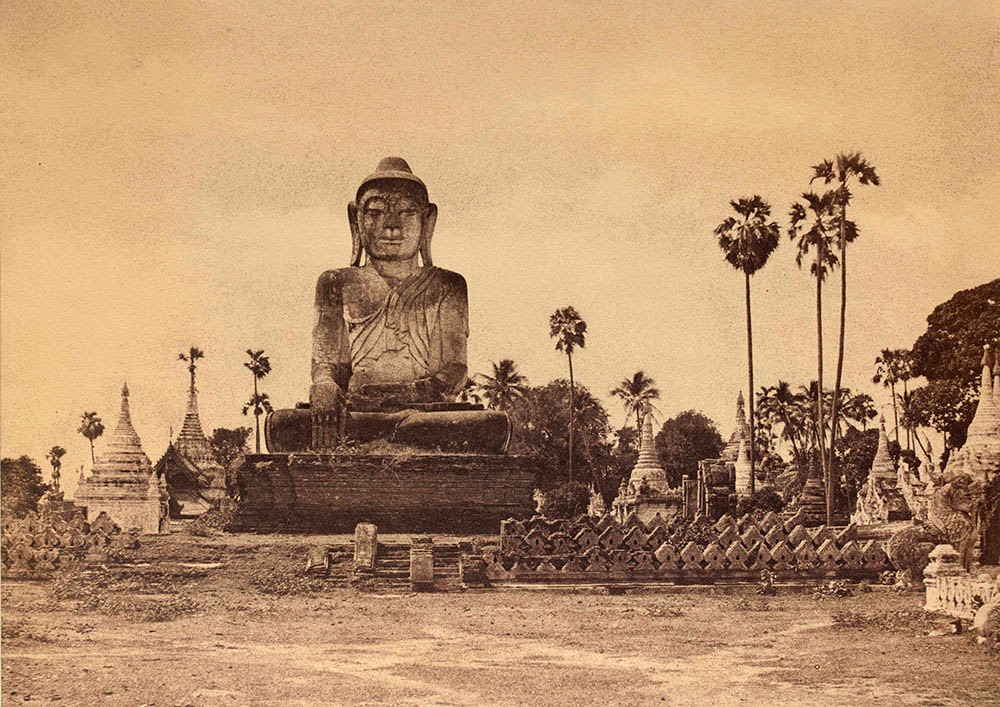 If you're spending the holidays in the D.C. area, there is still time for a virtual journey to other corners of the globe via Captain Linnaeus Tripe: Photographer of India and Burma, 1852-1860, on viw at the NGA. The exhibition is actually a joint effort between The Met, the V & A and the NGA, and it's is headed to NYC in February. 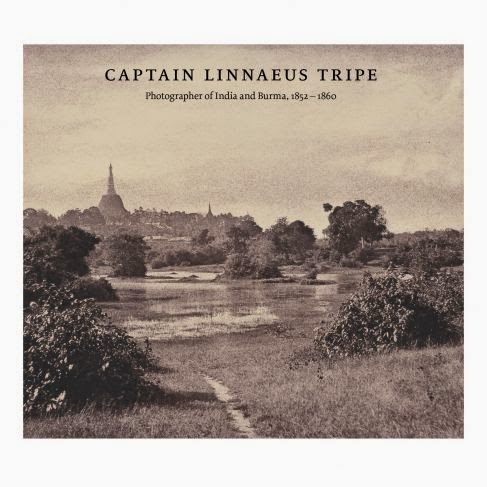 An unlikely artist, Tripe, a British military officer, recorded stunning vistas and ancient archeological sites providing Victorians a window to a world they'd not previously seen. Fittingly, the new show, which by the way is the first large-scale traveling exhibition of Tripe's work, will journey on to London, nicely timed to open at the V & A before The Fabric of India. For armchair travelers, there's a catalogue, too.
Posted by Style Court at 10:33 AM 2 comments: 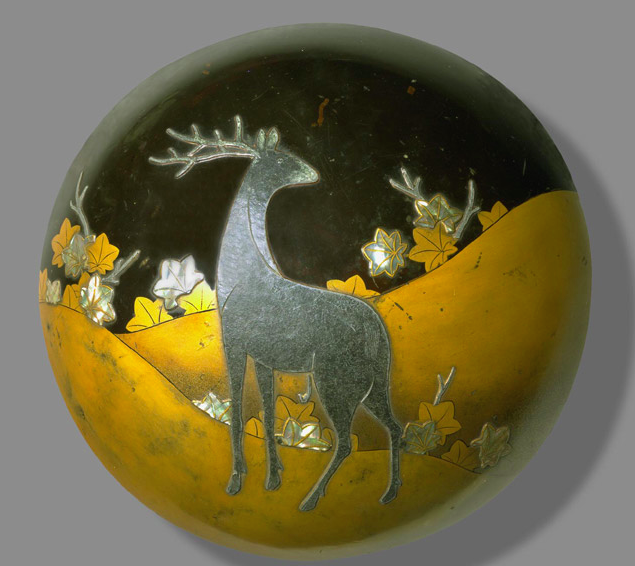 Rudolph's cousin, pictured above, is rendered on a Japanese writing box (Suzuri-Bako) with a deer and foliage motif attributed to Hon'ami Kōetsu, 1558 - 1637. This piece is part of a new exhibition, Flowers and Birds, Wind and Moon: Nature’s Presence in Japanese Art and Culture, at the Philadelphia Museum of Art. Soon more Japanese works will go on view at the Museum when a major show dedicated to the accomplishments of Kano painters, Ink and Gold: Art of the Kano, goes on view in February.
Posted by Style Court at 8:44 AM 2 comments:


In The Eye Has to Travel the emphasis isn't on Vogue's September issue but instead on the magazine's December offerings. It's explained that during Vreeland's years as editor, she really ramped up the fantasy in the last month of the year, giving readers vicarious journeys to places perhaps previously not thought of. 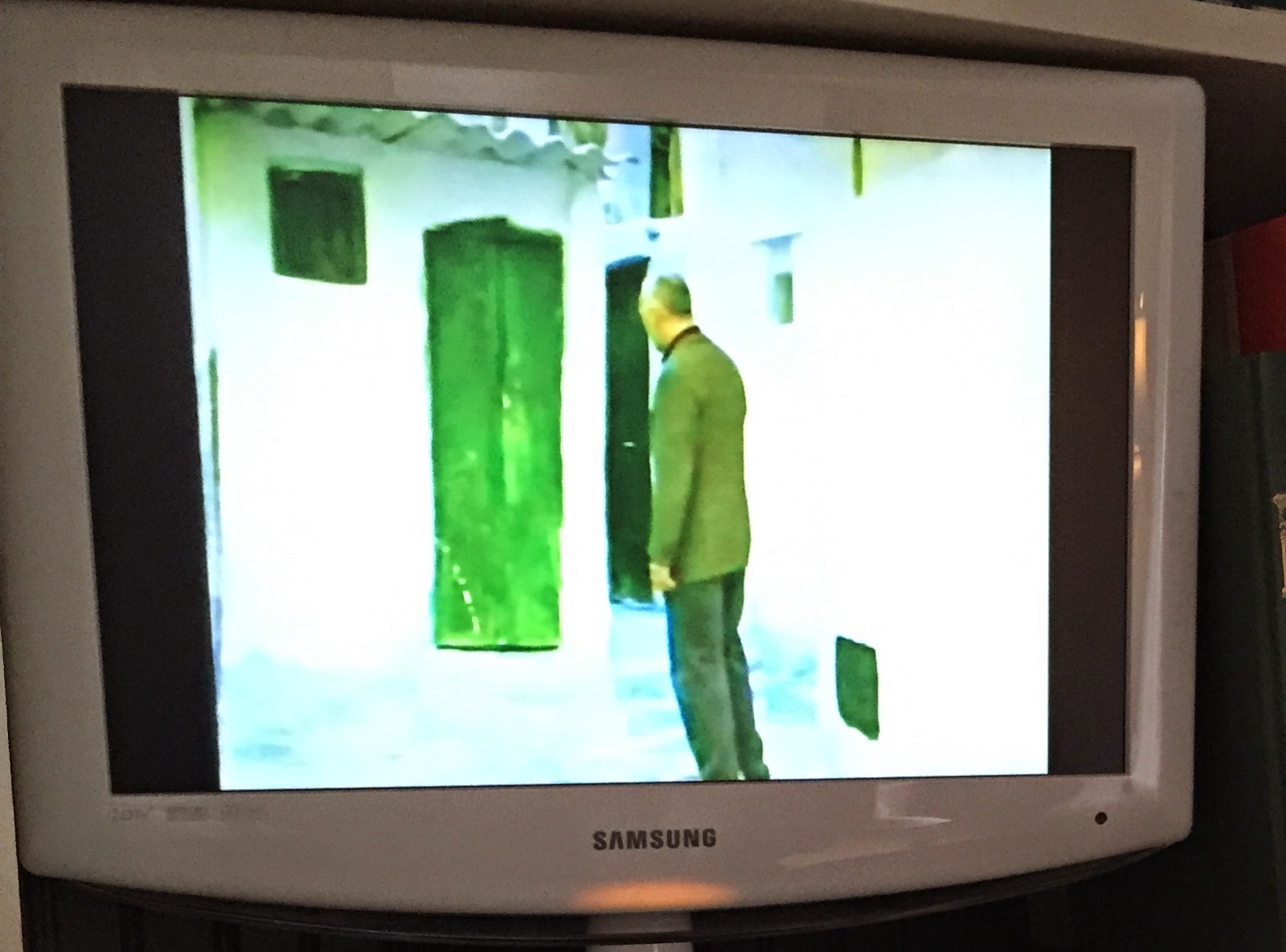 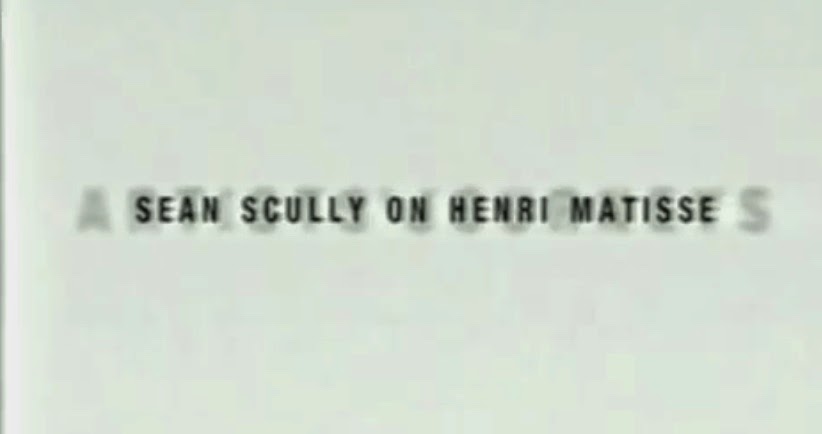 Here's my pick for a satisfying virtual trip: Artists’ Journeys: Sean Scully on Henri Matisse, an early 1990s BBC documentary in which Scully compares and contrasts his own work and sources of inspiration with those of the 20th-century master and even travels to Morocco to follow the path blazed by Matisse.
Posted by Style Court at 3:08 PM No comments: [Book image via Barnes and Noble]

It's too bad I'm not in school re-experiencing Intro to the Italian Renaissance. I have just the topic for a research paper. Admittedly my idea isn't very original but in light of recent trends (recent meaning the past several years), this subject is hard to resist: Flora, as interpreted by Botticelli in La Primavera, circa 1477 to1482, and her centuries-lasting impact on fashion and pop culture. 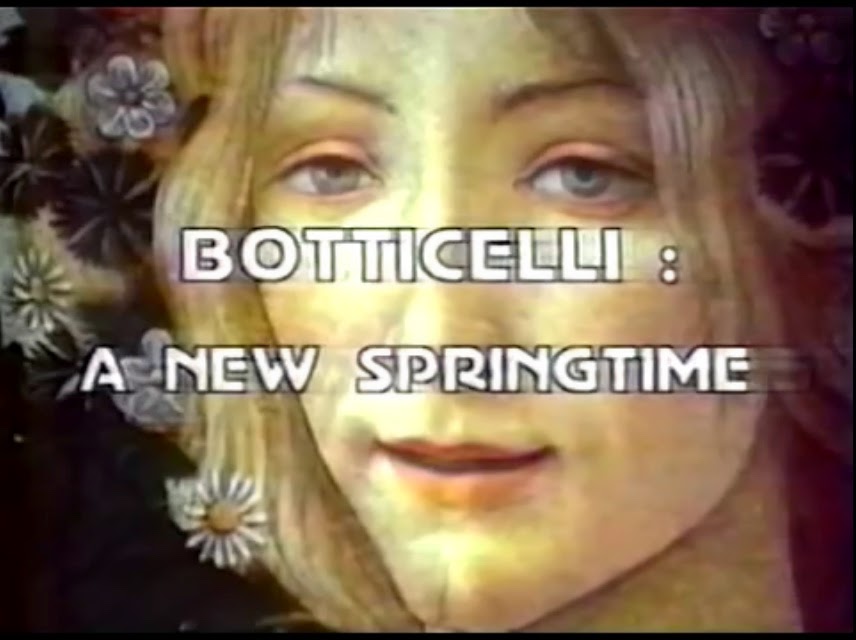 [Screengrabs two through four are from the documentary Botticelli: A New Springtime]

Historians say that ever since Botticelli's work was rediscovered so to speak in the 19th century, his Flora has been a popular muse. For example, a Google search revealed this late 1960s magazine cover on which she is meant to suggest a contemporary flower child. Fast forward a few decades and she reappears in the 1990s via long floral-print skirts, Anthro, and Phoebe Buffay. Now her spirit can be felt in every online flower crown or wreath tutorial. 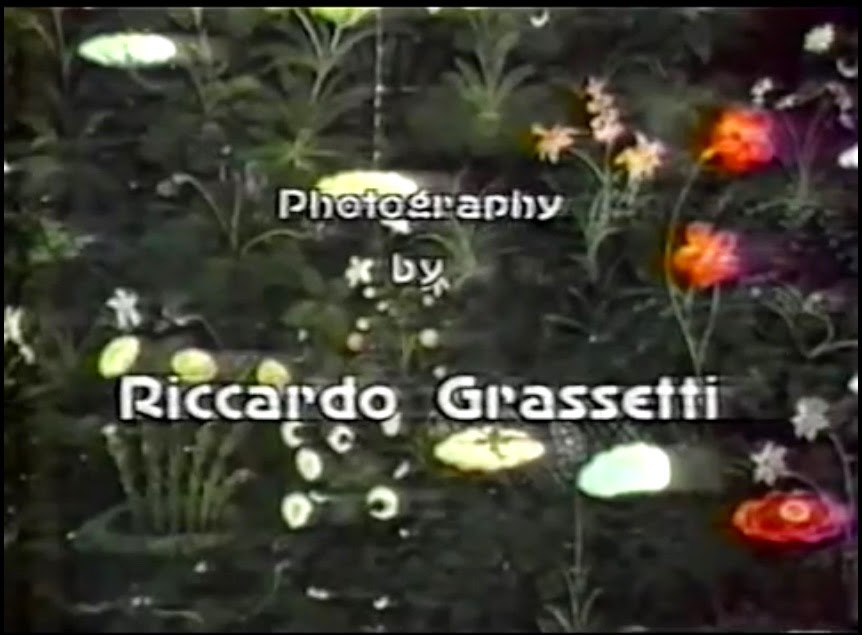 But if you're mostly interested in the actual botanical specimens used by the Florentine artist throughout the painting, I stumbled upon an intriguing title, Botticelli's Primavera: A Botanical Interpretation..., originally published in the 80s and apparently currently out of print. (By the way, once a week I'll be Instagramming new-to-me book and textile finds like this, intermingling them with my own mundane fare, since these days I always seem to be short on time for decent blog posts.) More glimpses of the Renaissance master's wildflowers -- growing in the grass and across Flora's dress -- can be seen in this video about the restoration of La Primavera.
Posted by Style Court at 7:32 PM No comments: