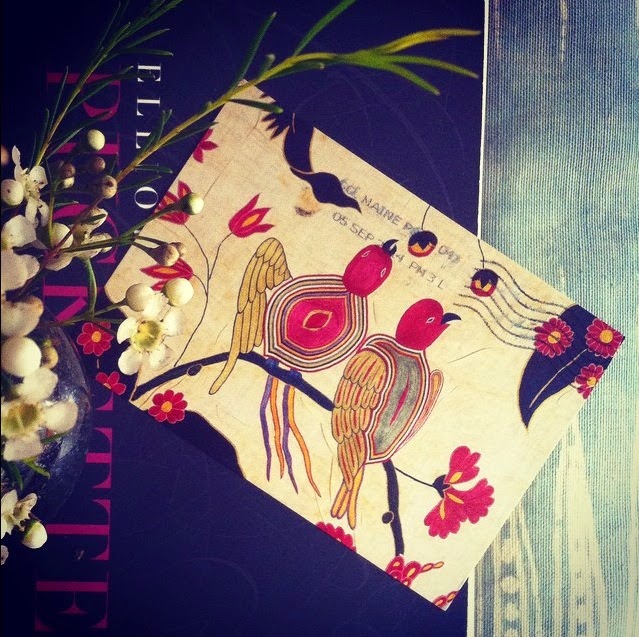 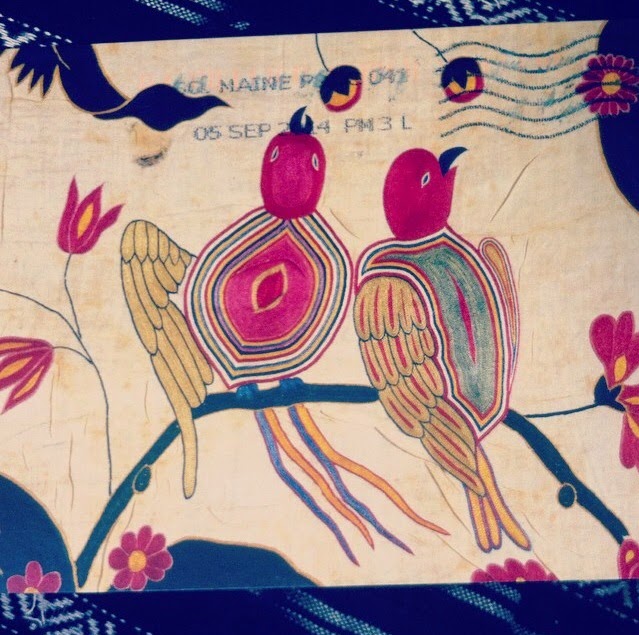 When the postcard first spilled out from between various fall catalogs in my mailbox, I saw just a bit of the birds' bodies and thought, "Oooh, slightly Glaser-esque." 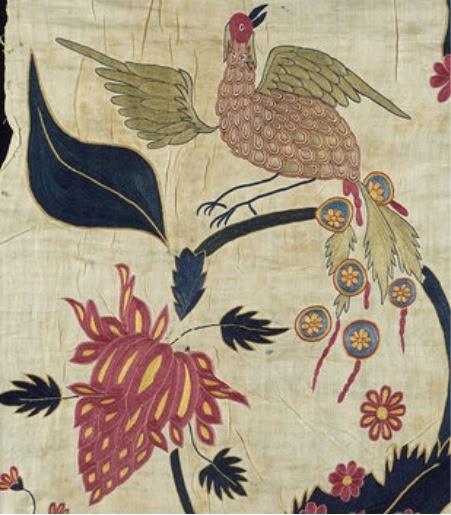 While the creatures do have that psychedelic feel of late-60s posters and album cover art, they were actually embroidered 300 years ago in Gujurat. 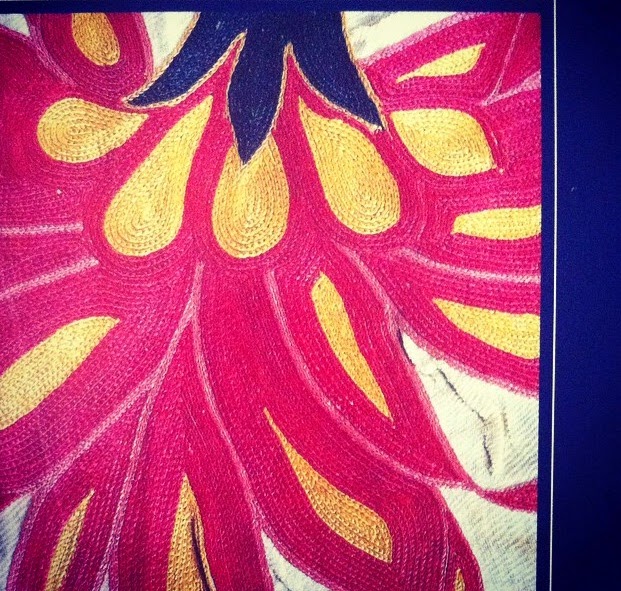 And they are joined by other silky chain-stitched birds, animals and flowers on a bed cover (or possibly wall hanging) that was made in India for export to the West. Today, the piece belongs to the V & A. The museum says that it was likely done by professional embroiderers (men, in this case) using a tool called an ari which was strong enough to embellish leather belts and shoes.

Other small but incredibly graphic details from the antique cotton textile have been used as a different sort of cover art: a magnified repro of the flower unfurls across the back of Rosemary Crill's Indian Embroidery.

BTW: Another fascinating Glaser illustration, less famous than the Dylan poster yet displaying those characteristic undulating lines and eye-popping color, is pinned here.
Posted by Style Court at 1:38 PM

Recently read a piece with Glaser bemoaning the state of contemporary design and how difficult it is to make a living at it, essentially because of the Internet. If Milton Glaser is having problems, one can only imagine what it's like for everyone else.