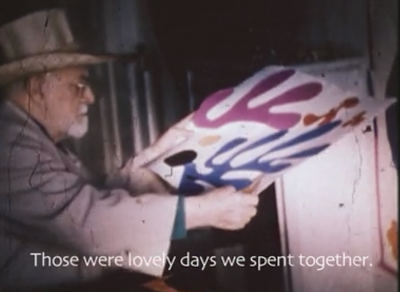 [Screengrabs from A Model for Matisse]

In my Barefoot in the Park post I mentioned fictional newlyweds Corie and Paul Bratter's Matisse poster, wondering if framed exhibition posters were just coming into vogue for interior decoration when the movie was released. 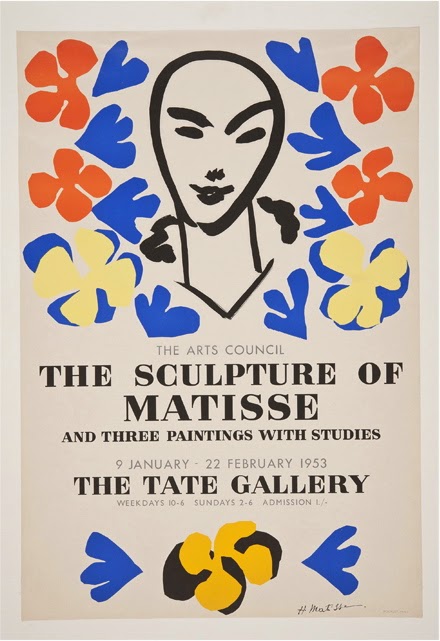 Now Tate is offering a repro of an early 1950s poster that promoted The Sculpture of Matisse. It's just one of the new museum shop wares celebrating Tate's big spring show, Henri Matisse: The Cut-Outs, opening April 17. Featuring more than 120 of the artist's "paintings with scissors," Tate says the exhibition will be the most thorough look at Matisse's paper cut-outs ever organized. 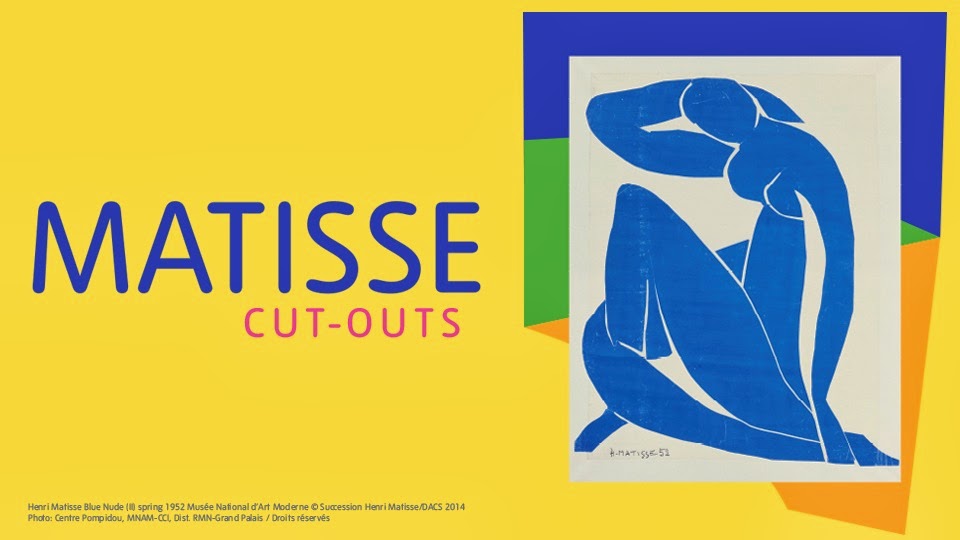 A lot of creativity went into the graphics for this 2014 show, too. Tate's Senior Graphic Designer, Jon-Ross Le Haye, talks about his own cutting and pasting here. 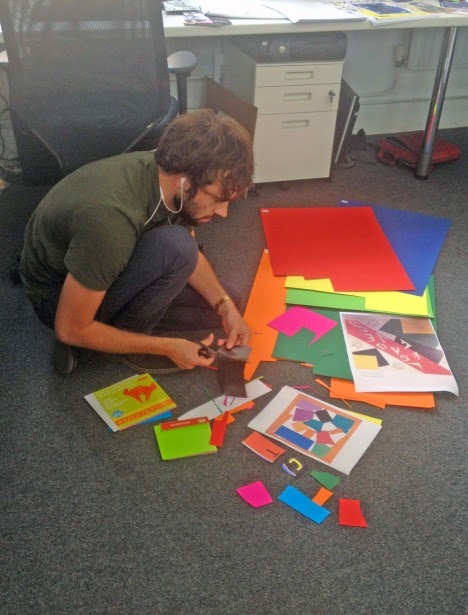 I like that poster,
and I'm planning a date with Matisse at Tate ;-)
I'm very excited about this exhibition!

PS. The colour palette in your new header looks good.