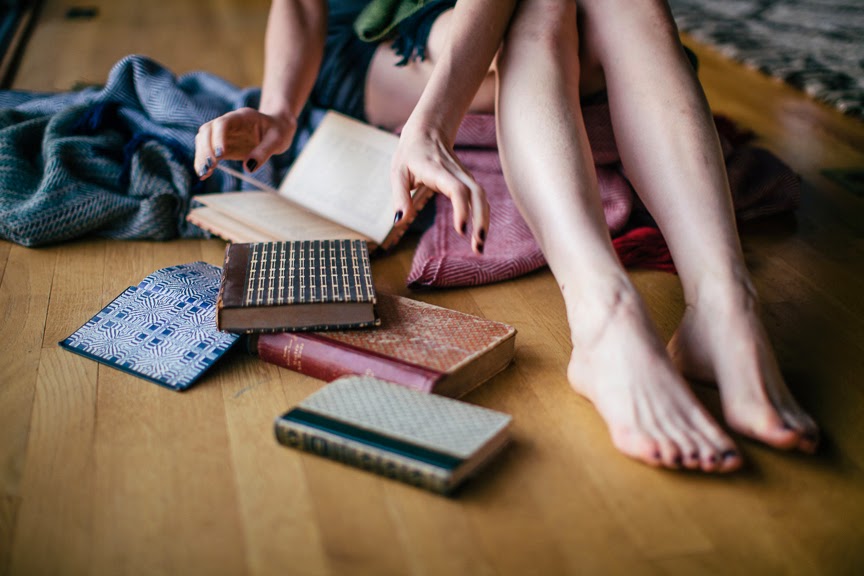 [Photos directly above and below by Terri Loewenthal for Erica Tanov. Click for full view.] 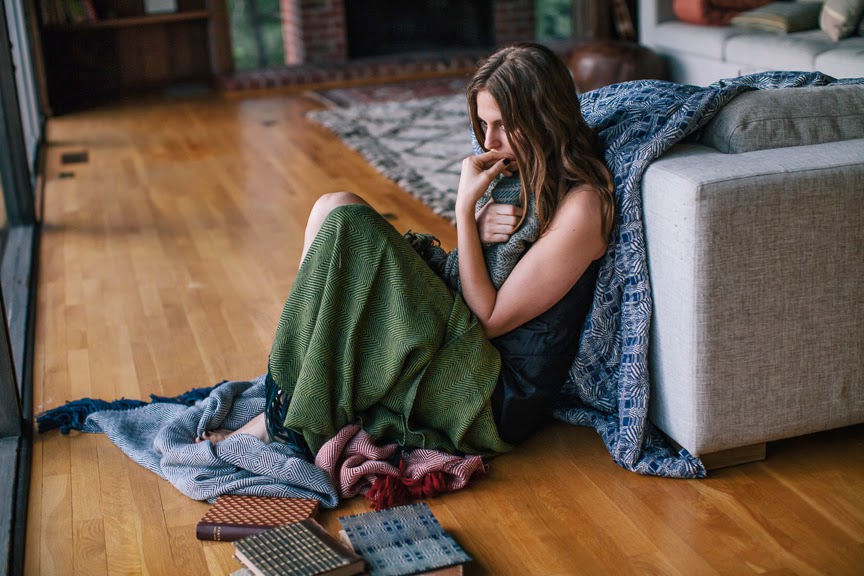 Whether she's designing clothes or bedding, Berkeley-based Erica Tanov typically creates her own dynamic prints and woven patterns. Her spring 2014 collection, for example, is infused with the Book Print series she based on vintage bindings. One indigo-colored geometric is comprised of myriad intersecting lines on a sort of grid.


Just a little bit like this early-19th-century dark blue wool and undyed cotton coverlet from West Virginia, I think. Note the super-stylized pine-tree border? And the natural fringe? It seems fitting that the design is called Virginia Beauty; the coverlet is particularly timeless. Seeing it out of context, not in a period room but against this clean white background, really puts the piece in a different light. If it didn't belong to The Met, I'd love to see the coverlet in a California Modern house, having been hypothetically brought out West by a Southern transplant who inherited it.
Posted by Style Court at 11:27 AM