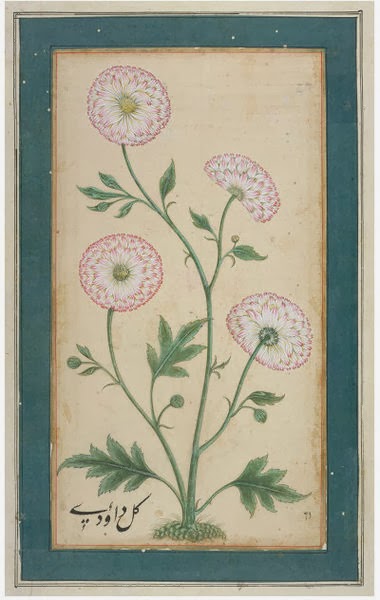 Sunny and graphic, some of the daisies and marigolds included in the V & A's Small Clive Album evoke 70s SoCal style as much as 17th-century Mughal design. (The latter, of course, is what the miniature opaque watercolors actually are.) 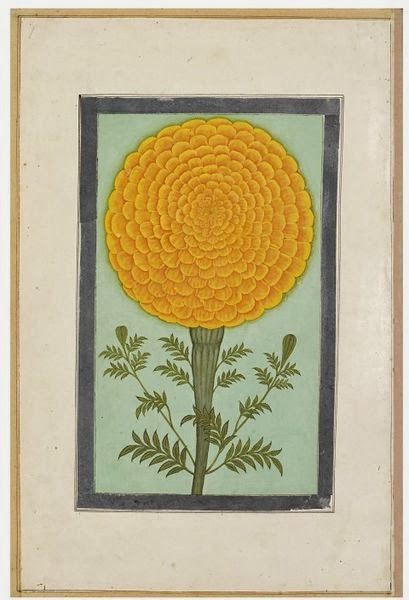 Either way, a hit of warm imagery is what I wanted: a meager antidote to the ice that's expected to blanket Atlanta within a few hours.

This album contains 56 leaves in all, according to the Museum, with flower studies and other paintings front and back. Sometime between 1765 and 1767, the book was probably given to Lord Clive when he was India, hence the album's name. Later, a striped Indian silk book cover was added. Then in the 1950s, it was sold from Powis Castle. Remember the Indian chintz tent, still preserved at Powis today? Learn more about the Castle's Indian Collection and Hindu-Gothic style here. 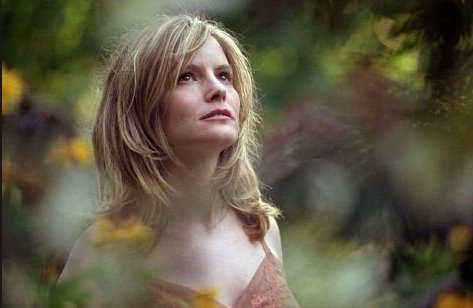 More warm hues in last month's pairing.
Posted by Style Court at 11:55 AM