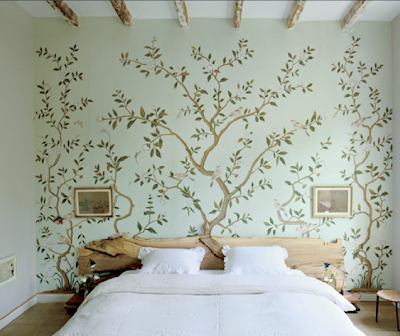 I think I first posted this image to Tumblr the same day I received the issue of Vogue in which it ran, then later re-posted here as part of tree-themed holiday thing. But more than a year later, it's still just as fixation-worthy. Maybe more so. If you're among the few who haven't virtually toured the Brooklyn bedroom of Miranda Brooks and Bastion Halard, take a peek at the other end for a little context. 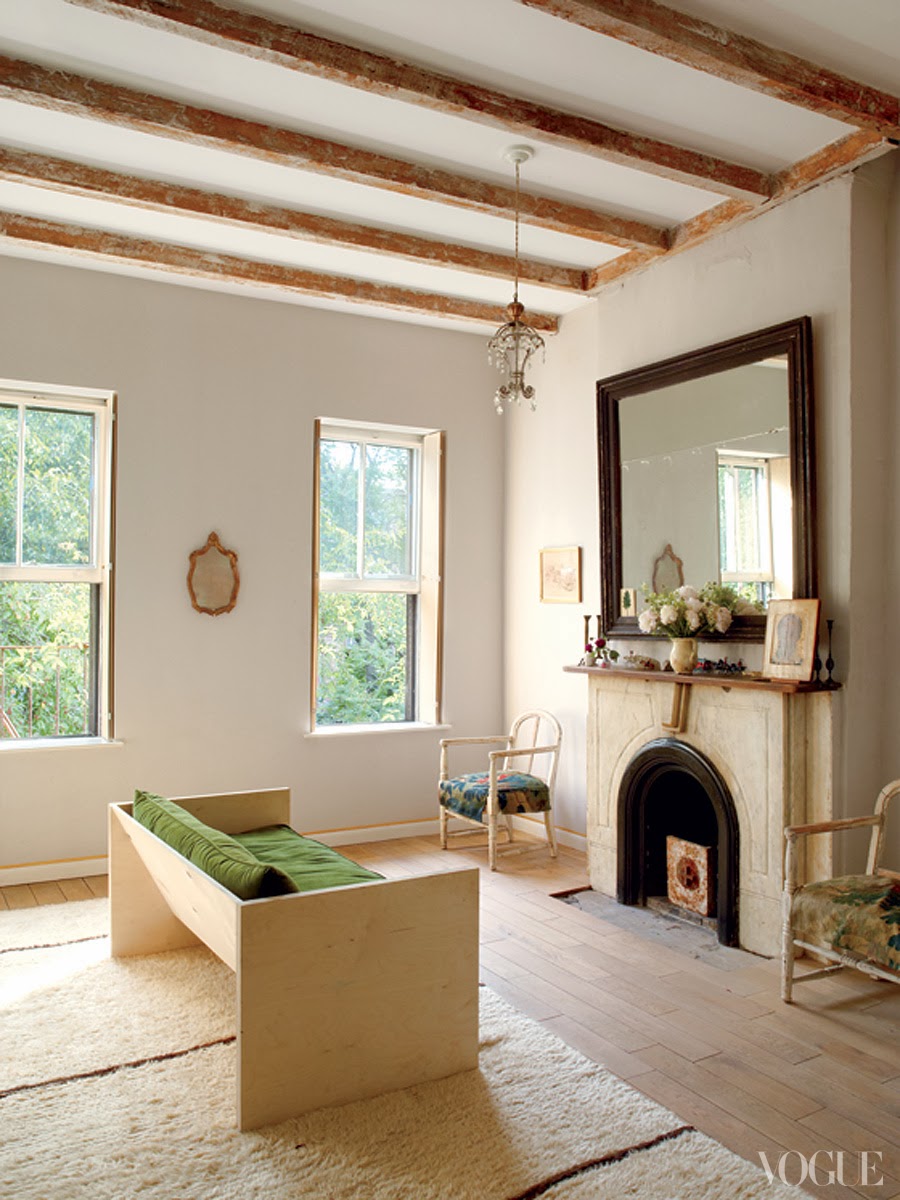 
The main feminine element, softly-colored custom de Gournay chinoiserie wallpaper, is balanced by more masculine looking exposed beams, and minimal, rustic furniture including a bed and sofa designed and built by Halard. Beyond the yin and yang of the masculine and feminine design components, the bedroom balances tradition with modernism, too. 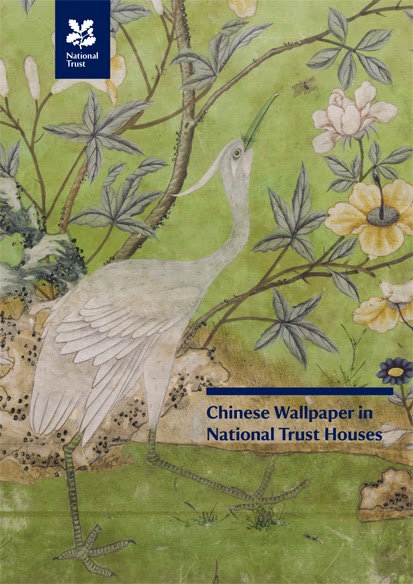 In the Brooks-Halard bedroom, the wallpaper can be appreciated like one very large spectacular work of art. Appropriate, seems to me, since chinoiserie scholars believe that this style of panoramic wallpaper, created in China for export, stemmed from highly-coveted Chinese pictures, which Emile de Bruijn reports were all the rage in Europe during the early 18th century. A forthcoming book from the National Trust aims to highlight the artistry of these historic hand-painted papers, and show how walls were enveloped with them in the UK's great houses. Check back here for details on the expected March release.

Courtney, thank you for mentioning our forthcoming catalogue. We have been working on it for a while now so it will be nice to see it in print.

And great to see that 'tree of life' scheme by De Gournay in the Brooks/Halard house. It seems to be based on the c. 1770 Swedish chinoiserie wallpapers at Drottningholm (bit.ly/1coXDxY).

That Drottningholm wallpaper may have been inspired by the slightly earlier Chinese wallpapers from about 1750, which had white backgrounds and lots of picturesquely gnarled trees. By the 1770s the Chinese wallpaper makers had developed their product a bit further, adding coloured grounds (such as the one at Erddig shown on the cover of our catalogue).

Emile -- thanks for the added connections. Also, I remember your post about the white and colored grounds. Love the green ultimately chosen for the cover!