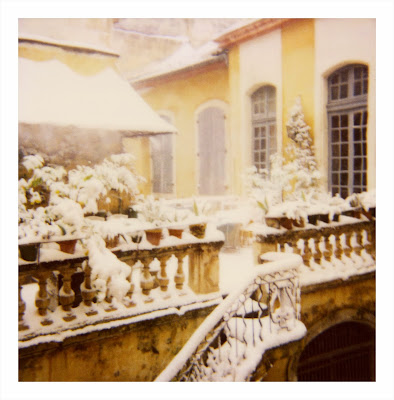 [All photography in this post © François Halard from the eponymous François Halard, Rizzoli New York, 2013, courtesy the publisher. Above, Halard’s own home, Arles, France; photographed in 2011.] 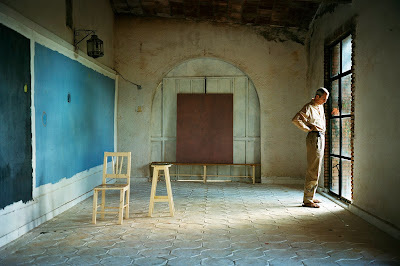 In the past, some of the most memorable stops were via Vogue -- writer Julia Reed's original NOLA rental and painter Elliott Puckette's Brooklyn townhouse, just to name two. In both cases, Halard captured a distinctly low-key Southern style seeping through the artists' not-too-done-up walls. You know, that juxtaposition of grace with bohemian flair so often mentioned when Halard's interiors pictures are described. 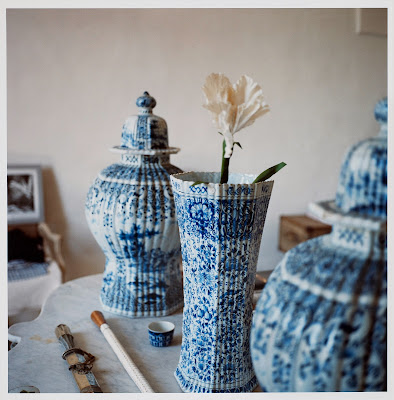 Most recently, thanks to a new tome from Rizzoli, I've been able to feel the sun reflecting off David Hockney's swimming pool in L.A., sit on a sofa with the Duchess of Devonshire at Chatsworth, survey thick, painterly layers of creativity at bucolic Charleston Farmhouse and peek inside Puckette's contemporary urban studio. 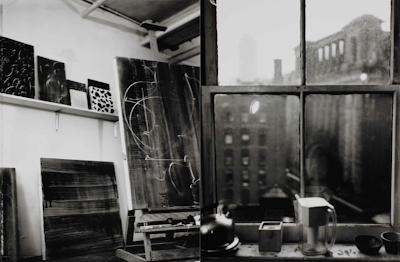 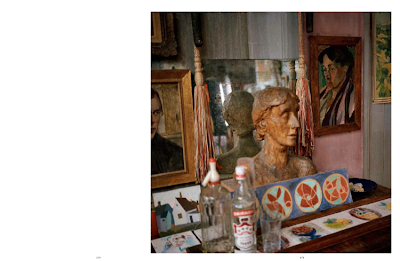 [Portraits of the Bloomsbury group at Charleston.]

From patterned-filled South Wraxall, decorated by Robert Kime, to spare Casa Malaparte with its view of rocky Capri, the book offers a grand tour of iconic houses and studios. Really iconic. Think the realms of Chanel, Rauschenberg, and Twombly. Not a predictable compilation of aspirational images but an invitation to experience these places as Halard has. Rather than standard text about how the spaces once were -- or are now -- used by the occupants, pictures are accompanied by Halard's brief, sometimes poetic personal impressions. In his introduction to the volume, Mayer Rus explains:

"...there is, to be sure, a wealth of magnificent interiors and stunning architectural vistas, but the essence of Halard’s vision comes through most eloquently in the strangely seductive vignettes and details that gather strength through exquisitely subtle insight. their revelatory power is more evocative than descriptive, conjuring Halard’s own sense of wonder at his exhilarating encounters." 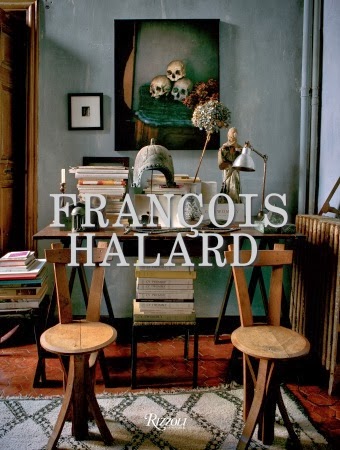 Truly one of the best - for his subjects and his style.