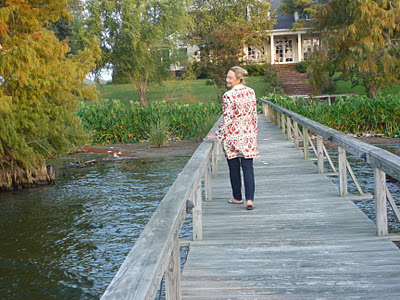 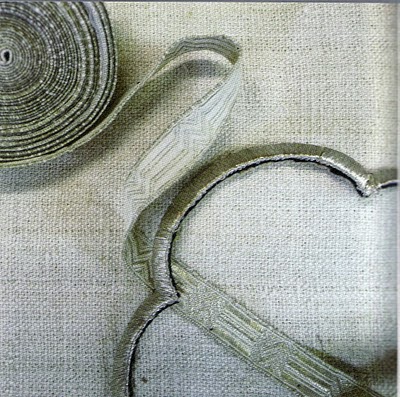 Part pearl-adorned Southern Belle, part Woodstock wannabe and part Newcomb College art major. Or, in a nutshell, "tailored with a touch of artsy boheme." That's how Rebecca Vizard describes herself, when pressed, but she prefers not to take herself too seriously. 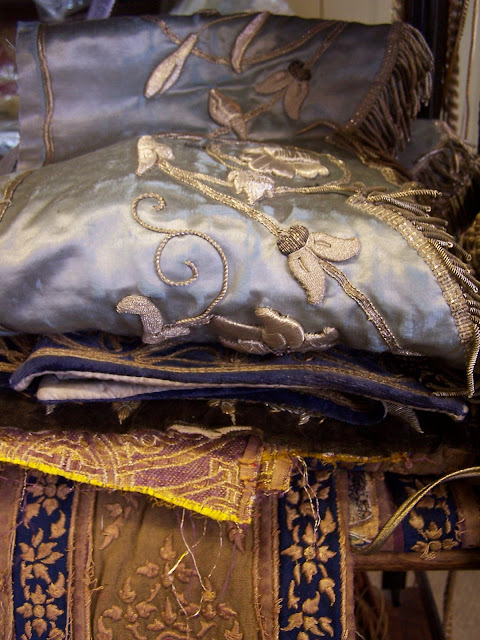 Vizard doesn't really need much of an introduction. She and the antique textiles she works with have been the focus of many past posts here at SC. We've talked about her St. Joseph, Louisiana studio overlooking Lake Bruin, where she strives to build a bridge between her poverty-touched region and the über high end international design community. There've also been posts about her various holiday goodies -- the smallest and most attainable pieces she creates.

So let's get right to my latest conversation with Rebecca. 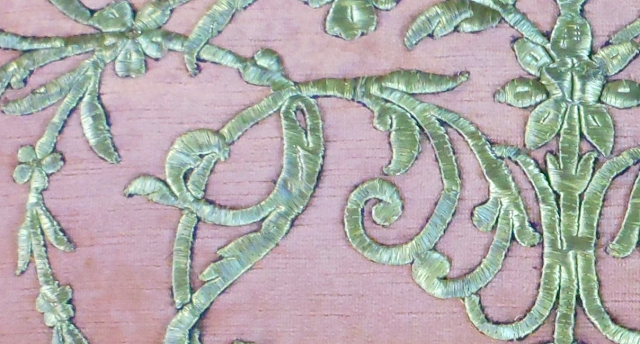 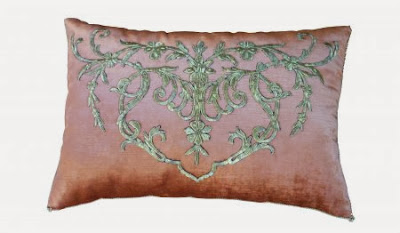 SC: Have you always had a strong affinity for metallics? No matter what culture you're pulling from, you seem to gravitate toward burnished golds and silvers.

B.Viz: No. I accidentally used a metallic galon on the first antique textile pillow I made.

In 1994, I had an interior design project in New York and went looking for an [older piece] to soften the contemporary lines of a sofa. After spending more time searching for this pillow than anything else, yet still not pleased with the overly fringed choices I saw everywhere, I decided to go to the 26th Street flea market in hopes of finding a less fussy option. I did come across an old curtain panel with a nice embroidered faded gold silk border. Then, in a booth not far away, there was an antique vestment with metallic galon; the patina of the gold was remarkably close to the color of the silk embroidery. So I made the pillow for my client and had enough trim left to make two more pillows. 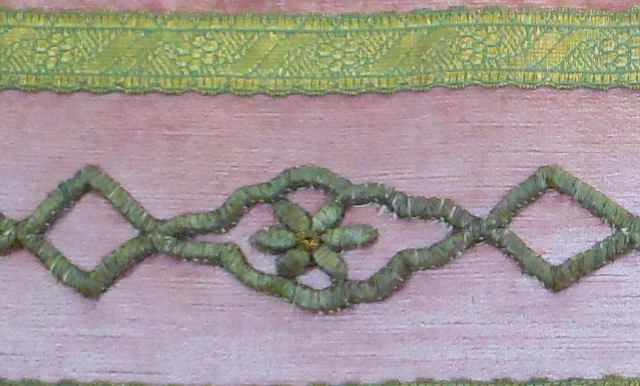 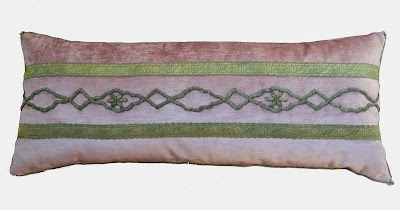 Gerrie Bremermann in New Orleans loved them, sold the pillows within the week, and asked for more. I took the remains of the curtain panel back to New York to search for extra trim. After countless hours of sourcing, I finally realized that no new trim could possibly match the faded color of time. The patinas of these metallic trims blend much better than any new dye lot. My obsession began. And soon I also developed an interest in metallic embroideries and their many patinas. But I still love all embroideries. When I hold them I can sense the presence of countless hours of work. I get a bit of a thrill imagining the hands that worked them so long ago. Especially pieces from the 18th century and older…..what a connection to history and culture!


SC: Would you say you're a texture person more than a print person?

B.Viz: I don't think I can choose one over the other. I love contrasting textures, but I also love Indian block prints, woven ikats, and I suppose suzanis are the perfect combination of pattern and texture. An embroidered 19th century crazy quilt with mostly 18th century fabric just might be my favorite discovery ever. And it was exploding with color. Yet, once again, the metallic threads in some of the 18th century brocades had a soft patina that calmed the whole piece down. 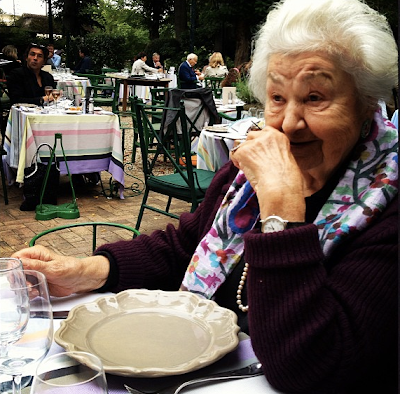 SC: Tell me about your mentor Marina. How did you meet? What have you learned from her?

B.Viz: I met Marina just before she turned 80 at the Porte de Vanves flea market in 2000. I actually noticed her from a distance and mentioned to my friends that she reminded me of my grandmother. Then we kept running into each other at textile booths. Eventually Marina asked me what I did so I showed her photographs. Immediately, she invited me to go to an obscure market with her the next day. We had such a grand time and I actually felt like I had been given the gift of another day with my grandmother. 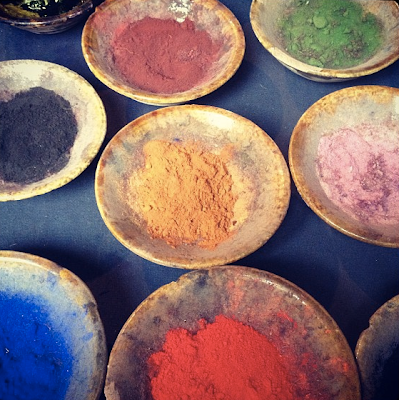 [Natural wool dyes photographed by Rebecca on another adventure in a Moroccan market.]

We went back to her adorable cottage, tea turned into wine, she showed me her family heirlooms from Italy and shared the intriguing stories that accompanied the objects. Six months later I was back, staying with her in St-Germain-en-Laye, immersed in more stories involving WWII, textiles, and artists she knew. Dinners with family and friends were enhanced by the melody of four languages describing the war from Italian, French, and German perspectives. (Catholic Germans hiding at the Vatican -- one falling in love with the secretary while pretending to study for the priesthood!)

Marina taught textile courses in Florence before she moved to Paris and has an incredible eye. I think she is absolutely brilliant and the feistiest 92 year old you could ever imagine. Keeps me in stitches. One more interesting tidbit is that she did the original design of trellis bamboo for Nobilis. She regrets (with a laugh) that she chose to be paid rather than take royalties! 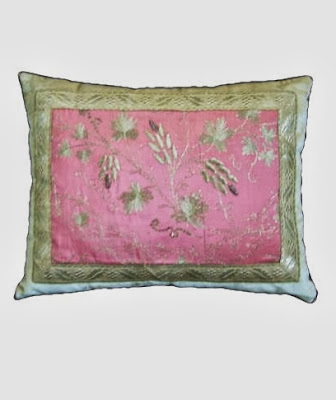 SC: Tell me about the 19th century Turkish embroidery in your favorite sold pillows section.

B.Viz: We salvage the embroidery (known as dival embroidery) from distressed Ottoman kaftans (also known as Bindalli) and other embroidered table cloths, banners, cushion covers, and so on. The Bindalli was a garment or dress reserved for special occasions, such as weddings, and it was given to esteemed guests. The designs changed over the centuries but not the embroidery technique, which is very old. Compared to European embroidery where most of the time the design is completely encircled by the gold, this Ottoman work is only on the top side because each edge is caught by a stitch from underneath, then the gold is pulled back across to the other side and held in place by another stitch. 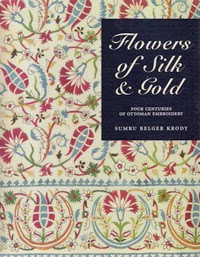 Most of the embroidery I find is from the 19th and early 20th centuries and was influenced by the European Rococo trend, hence it is referred to as Turkish Rococo. Another interesting note is that one of my seamstresses repairs many of these embroideries with antique metallic threads in the same Turkish technique.

SC Note: For more on Ottoman embroidery, visit The Textile Museum's microsite for Flowers of Silk and Gold. And please pop in next week for the rest of my interview with Rebecca. We'll cover her travels and favorite museums around the world and at home.
Posted by Style Court at 4:09 PM