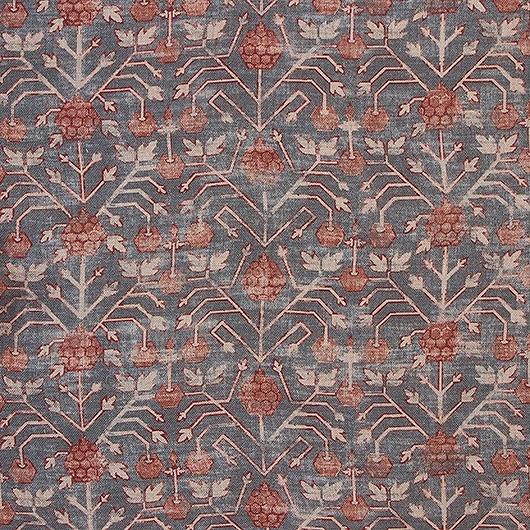 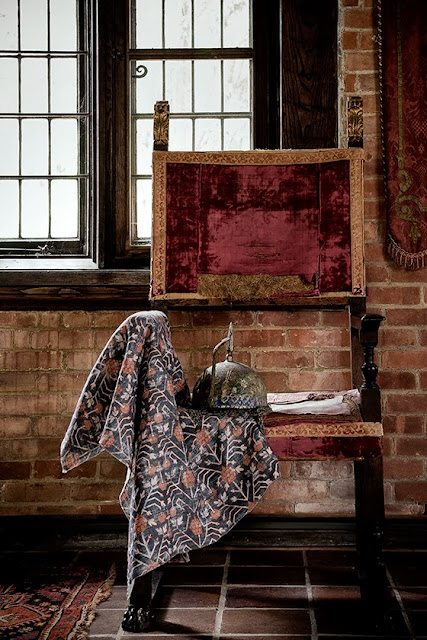 Following textile designer Zak Profera's Instagram feed a few months back, enjoying a vicarious adventure through Anatolia and Istanbul, I wondered how his trip would inspire new designs for the Zak + Fox collection. 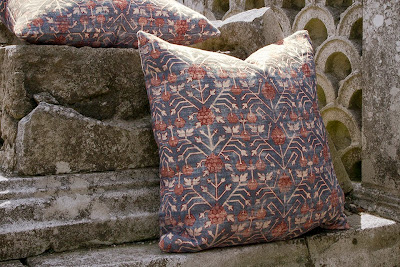 In the end, four new patterns resulted from his exploratory trek. Khotan draws upon those wonderful old rugs from Central Asia that historically combine Turkic, Chinese, and sometimes Mughal influences. (The Met owns a gorgeous late 18th- or early 19th-century example with a rich red, blue and yellow palette in the classic vase and pomegranate design -- it looks like an ancestor of Zak's latest linen print.) 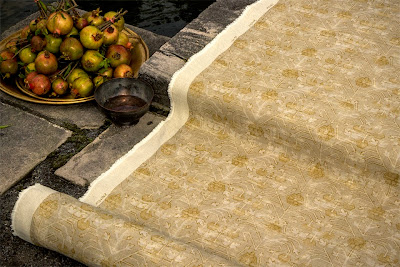 Apart from the motif, Khotan, available in colorways Rubia or Goldwork, has a mellowness that echoes a worn, centuries-old rug. The ground color of Rubia is described by Zak as a dusty but true blue, and he tells me that Goldwork reads a bit like putty-green with a soft, earthy and extremely muted yellow on top. 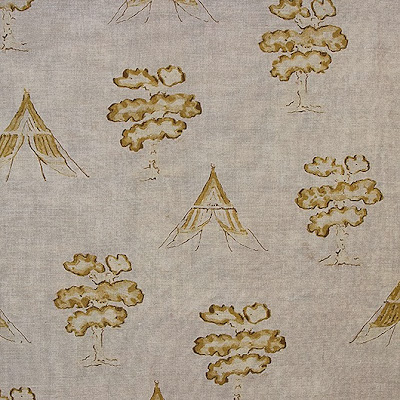 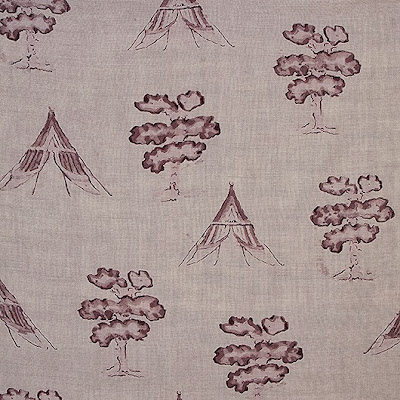 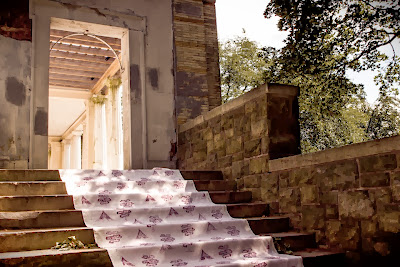 The inspiration for Damatlik comes from Skill of the Hand, Delight of the Eye, an exhibition of Ottoman embroideries Zak toured at the Sadberk Hanım Museum. But rather than using stitches, he's done a painted interpretation of tents and trees. 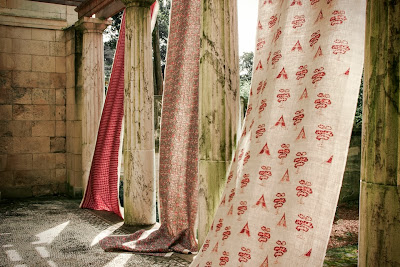 Click the image above to better see the other prints that round out the group, known collectively as Haz.

A smaller-scale design of dancing pomegranates -- line dancing I'd say since they are rather orderly -- Pom also has a connection to an antique carpet Zak studied, but his design is more minimal with a modernist sensibility. At the same time, like a richly patterned old Eastern rug, Pom has a border running down both sides (imagine the upholstery possibilities).

Selam was sparked by different dancers -- Whirling Dervishes. Here Zak played with the idea of color moving from light to dark. Visit the always-inventive Zak + Fox site to survey it all.
Posted by Style Court at 11:58 PM

I think many of us have been waiting breathlessly for this collection and boy, is it a stunner! The Khotan and Damatlik are just gorgeous, but that Pom has crept up and become a favorite too - it's so versatile. And I've just had someone write to me to exclaim over that unusual upholstery job Zak did on a big armchair with Selam - well worth taking a look at on his site.

How fascinating your blog is! I just discovered it!!

Khotan rugs......I have a good story! The legendary John Saladino (who is my friend) came to see the house we built in Montecito 15 years ago....(the day after we moved in!)

He had lots of comments; and I had my pen and my yellow pad!

That is the truth!

the next day.....and to this day......I have this exquisite antique faded Khotan (don't pronounce the
"k"!

with its ovoid center in my beautiful bathroom! (he also told me to change the color of the ceiling! I will have to write a blog about this! And it will be soon!