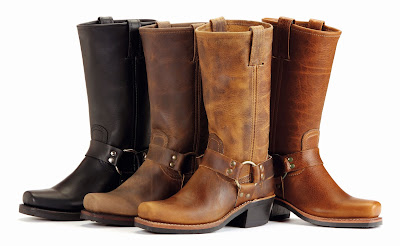 [Photo by Roger Hagadone from Frye: The Boots That Made History: 150 Years of Craftsmanship, Rizzoli 2013.]

First, let's separate fiction from fact: the story that the Frye Company benchcrafted boots for soldiers on both sides of the Civil War is a romanticized myth. Although the company began in 1863 as John A. Frye's modest Marlboro, Massachusetts shoe shop, he didn't produce boots until the 1880s and those were initially made for ploughmen. But nonetheless, writes Marc Kristal in the wonderfully large-scale ode to Frye just published by Rizzoli, the boots have long been intertwined with American history. 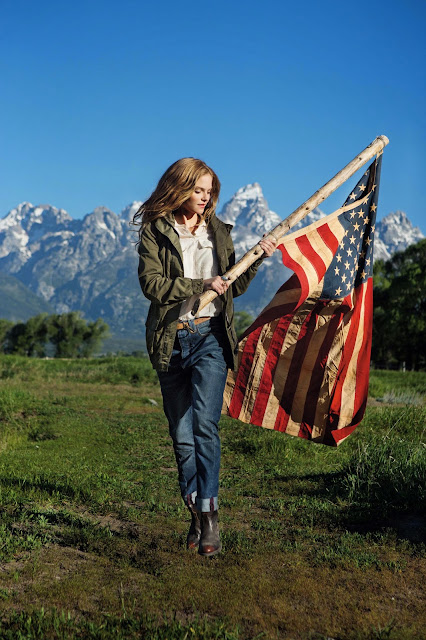 During the late 19th century, pioneers trekking toward the western American wilderness wore Frye, and later WWII soldiers' feet were protected by the boots. Frye's now iconic, still-made-in-the-U.S. Jet boot originated as an American version of the Wellington crafted specifically for a U.S. Navy Rear Admiral in 1938. 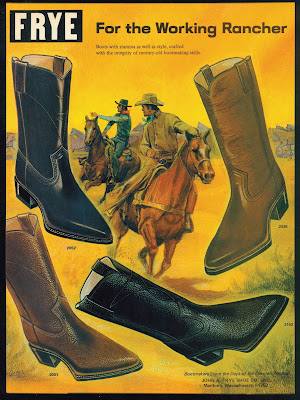 Even Jackie Kennedy requested a custom pair. Not the Jet, though. Real cowboy riding boots -- another specialty of the Frye Company that emerged after the War. During the very early 60s, while she was First Lady, Jackie was fitted in a Virginia store for her boots of "burnished brown leather on a needlepoint last with butterfly design," according to a newspaper clipping included in the book. 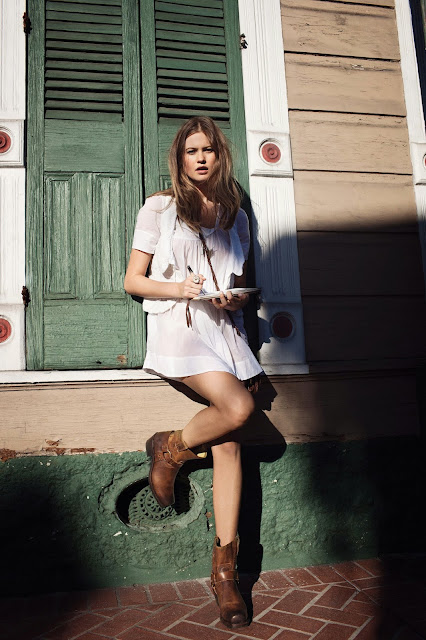 The vintage clips and ads are one of the most fascinating components of this densely packed volume. The latter, particularly, offer a great visual history of America. Women become the focus of ads in the 1970s and stay in view through the 2000s. Case in point: this contemporary New Orleans campaign, above. 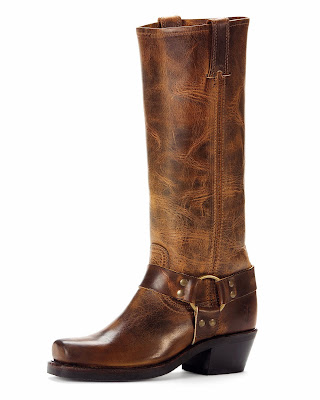 But for someone who didn't inherit any 1970s Fryes from her mom or aunts (you know, like the classic Campus Stitching Horse that can be found in the Smithsonian's collection) and is a relatively recent Frye collector (I became a fan about five years ago), the book's most alluring feature may simply be the abundance of up-close images of boots old and new that detail rugged hardware, finely stacked heels and naturally antiqued leather. 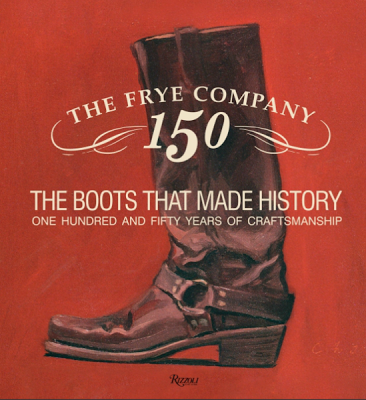 With main sections devoted to the Harness, Engineer, Campus, Riding and Western styles, as well as scrapbook-esque tributes to the Massachusetts workers behind these boots, the book tells the story of a successful American business -- actually the U.S.'s oldest continuously operating footwear company -- that's been crafting artisanal, truly long-lasting wares decades and decades before "artisanal" became a sometimes loosely applied marketing term. Pouring over the archive images, it's clear Frye didn't set out to be a lifestyle brand, which Kristal concludes is probably what makes their bags and boots so enduringly cool.

Don't forget Go West! Art of the American Frontier from the Buffalo Bill Center of the West opens at the High November 3.

BTW: Just in case you were wondering, I received no compensation or perks from Frye for this post.
Posted by Style Court at 2:39 PM

I have to admit to not knowing the company until an amazing store of theirs just opened here in Georgetown near my office. At first I thought it was going to be a fried chicken restaurant!! haha. Their history is just fascinating and I'm scared (for my wallet) to walk into the store!

Stefan, okay now I have to see an exterior shot of the Georgetown shop to see what looked fried chicken restaurant-y :)

Oh and the men's boots are great too!

It's in a former space that was formerly a restaurant right on the C&O canal -a great early 19th century stable. Plus the name! Maybe I was hungry the day I came to the conclusion......

Just peeked. Beautiful. I can see though, before it went in, you might think restaurant .