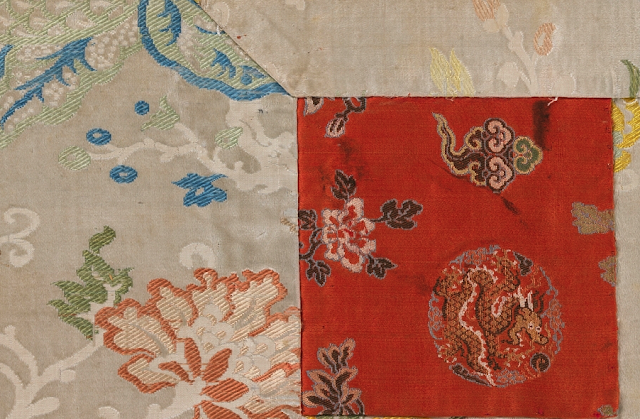 Yesterday The Met posted a remarkable 134 objects from the just-opened show Interwoven Globe. 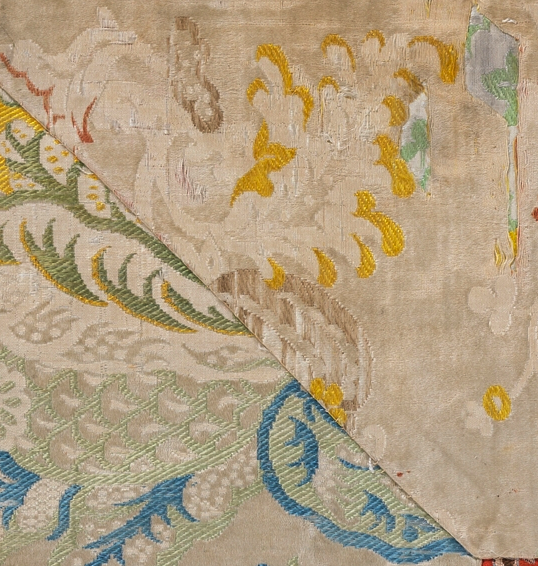 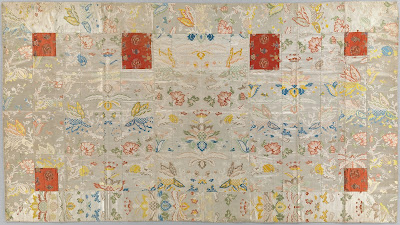 One of the pieces, this patchwork-patterned 18th-century Japanese Buddhist vestment, is a great example of the cultural crossovers seen throughout the exhibition. The dominant textile here is Chinese silk -- cloth that was actually produced for the European market with a lace-patterned design -- but the dragon motif on the red patches is quintessentially Chinese. The Met says that while the Western-style silk is a surprise, the Japanese had traditionally favored kesa made from imported Chinese fabrics. The Chinese silks would have felt exotic at the time.
Posted by Style Court at 9:15 AM

After so many enticing posts I have succumbed and ordered the catalogue:)

Hello Courtney. This does look wonderful. Nothing ties the world together like textiles! I'll have to order the catalogue, too. I was able to see Making the Invisible Visible over the summer and the textile components were well done. Yur posts have me fidgeting in my chair.I'd really like to return to NY.

Gesbi -- nice to hear! Better fidgeting than bored. Glad you caught the show.