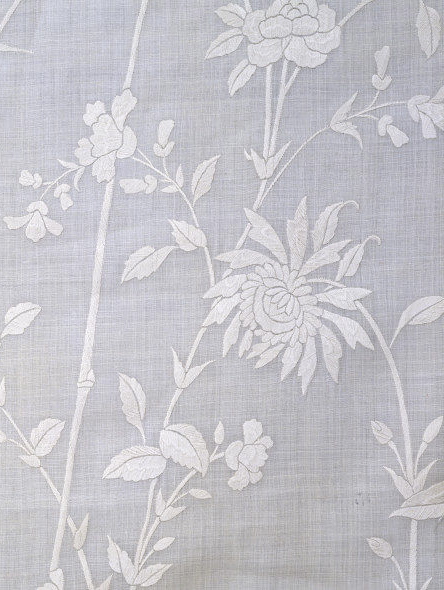 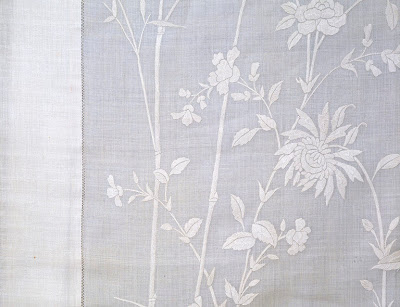 This whisper-soft curtain was created in China for export to an American family around 1830 to 1840, nearly six centuries after Venetian Marco Polo journeyed along the Silk Road and shared his legendary travelogue that piqued Westerners' curiosity about Asia. But the delicately embroidered piece -- yet another beautiful mash-up of Chinese design and European tastes -- is a legacy of that earlier age of exploration and trade.

Teen adventurer Marco (the original Man Shops Globe?) is believed to have seen an already thriving export industry in Mongol-controlled China when he arrived there in the 13th century. A major new show,  Marco Polo: Man & Myth, opening at Atlanta's Fernbank Museum of Natural History on September 28, will explore the era with lush silks, models of Chinese junks and of course porcelain. Also expect to enter a full size yurt and glimpse numerous Mongol objects including a horse bridle and headdress. 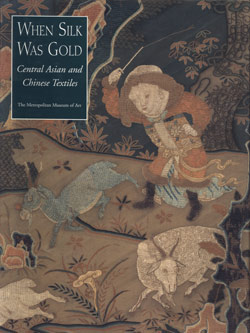 If you want to delve deeper into luxe Mongol silks and other remarkable embroidered Asian textiles produced and traded between the 8th and early 15th centuries, The Met's out-of-print exhibition catalogue, When Silk Was Gold: Central Asian and Chinese Textiles, can be accessed digitally for free courtesy of the museum. (Keep your eyes peeled for the short floral boots and amazing 11th- or 12th-century kesi aka silk tapestry with dragons in fields of flowers on a plumy ground.)
Posted by Style Court at 7:22 PM