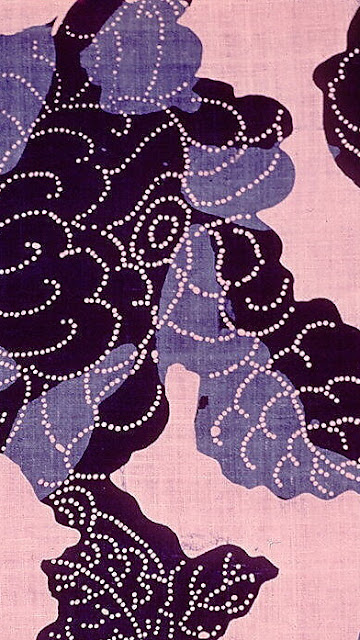 [Mid-18th-century painted and block-printed resist-dyed cotton believed to have been produced in India for Western market.]


Obviously textile appreciation has long been big at The Met. Throughout the last century, the museum organized so many innovative exhibitions centered around fabric. But curator of American Decorative Arts, Amelia Peck, explains that few of these shows approached the subject from a global angle, exploring international trade and showing how different regions have influenced each other creatively. 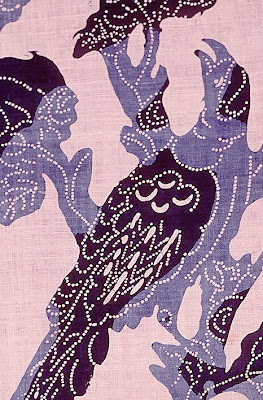 Well, with a couple of remarkable exceptions: In 1927, the museum's first curator of textiles, Frances Morris, mounted Painted and Printed Fabrics. Apparently it was a truly globe-trekking show, with pieces from Java to France and points in between, however Morris put special emphasis on stunning palampores and other Indian trade cloths from the G.P. Baker collection to demonstrate how these painted fabrics inspired European designs. 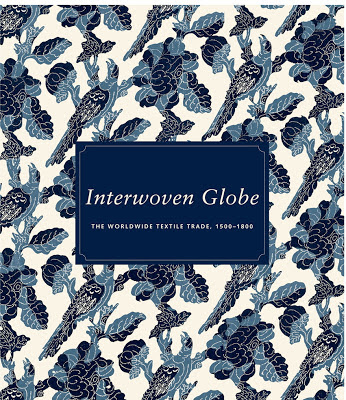 Later, writes Peck, the exhibition China Trade and Its Influences was organized in 1941 by Joseph Downs, then curator of the American Wing. It sounds like Downs could've been a bit of a kindred spirit with Diana Vreeland. He brought a sense of fantasy to his show -- or, maybe more to the point, underlined the whimsical nature of chinoiserie -- by incorporating pagoda-shaped ceilings and swathing the gallery walls in melon-pink, celadon, Imperial-yellow and pale blue.

The spark for this year's soon-to-open show, Interwoven Globe: The Worldwide Textile Trade, 1500–1800, was an old indigo-dyed, large-scale, blue-resist fabric from Matisse's personal collection. This print must have been one of his faves because it reappears in several paintings. (Remember the Sotheby's sale?) In 2005, when Matisse: The Fabric of Dreams -- His Art and His Textiles was at The Met, Peck was called in to help describe the very American-looking cotton. Longstanding questions surrounding the true origins of similar fabrics led to a lot of research on Peck's part.

Current evidence suggests that numerous indigo fabrics, like The Met's bird and vine print shown at top, were yet another type of cloth manufactured in India, not England as previously thought. Although, the museum's blue-resist panel certainly seems to have had commercial ties to the West. It was probably commissioned by the English East India Trading Co. for the American Colonies because, as an import, it would've been banned in England during the mid-18th century. And art historians think colonists in the New World liked to perk up their rustic rooms with simpler blue-and-white prints.

The complex international relations behind these cottons inspired Peck and her colleagues to organize a major show about all sorts of interrelated textiles -- covering the entire planet from Latin America and the United States to Japan, China, India, Turkey, Italy and other regions. So that's the back-story on the new exhibition's catalogue cover. More about the contents to come. 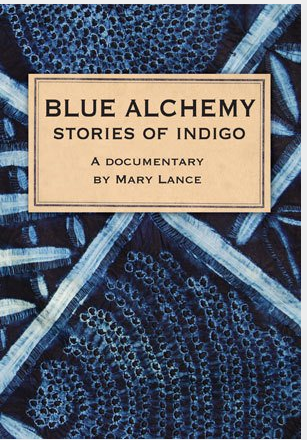 In December, The Met will screen Blue Alchemy: Stories of Indigo. Visit the events page for details.
Posted by Style Court at 1:03 PM