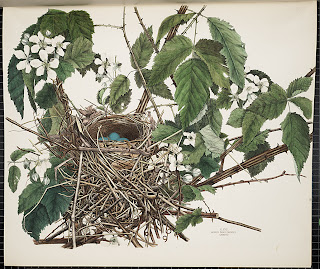 [Via the Smithsonian: Plate XVII from Genevieve Jones's
Illustrations of the Nests and Eggs of Birds of Ohio. Click to enlarge.]

Have you seen Amanda Harlech's nests over at Vogue? As reported by Lynn Yaeger, Harlech's wild, large-scale nests were recently installed throughout Apsley House in London for the Global Fund's Green Carpet Challenge. Artistic interpretations of nests sometimes make my mind wander to the painstaking illustrations of Genevieve Jones, the young 19th century artist and amateur naturalist whose career was cut tragically short. 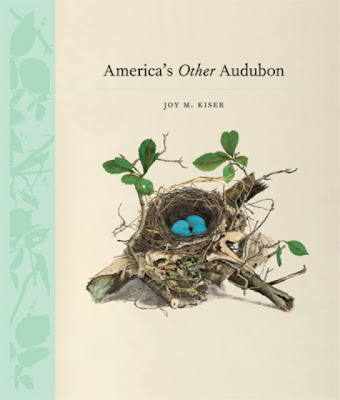 Were she alive today, Anthropologie might be tapping Jones to do a collaboration. But until last year, when Princeton Architectural Press published America's Other Audubon, Joy Kiser's well-researched book that encompasses 68 repros of Jones's original color lithographs, the nest-and-egg-obsessed artist was not known in the mainstream. Although her admirers once included Teddy Roosevelt and Rutherford B. Hayes. Adventurous enough to embark on what she hoped would be a sumptuous companion folio to Audubon's The Birds of America (think 19th-century equivalent of a lavish Taschen special edition), Jones had incredibly supportive parents and friends. Learn about everyone's efforts to publish her work at the Smithsonian's microsite.
Posted by Style Court at 6:11 PM