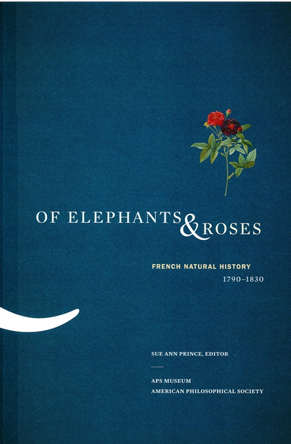 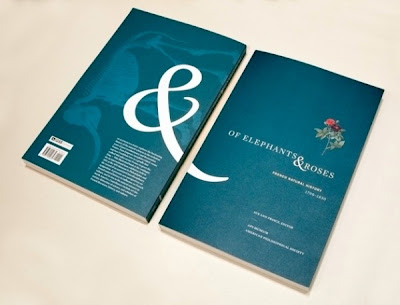 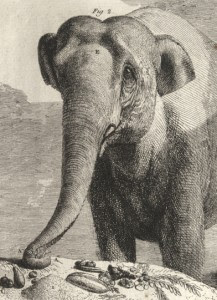 Since we just looked at Marie Antoinette's private gardens, something over at Enfilade grabbed my attention. It deals primarily with post-revolutionary French natural history and the era of Empress Josephine. So more Pierre Joseph Redouté and more Zarafa.

In 2011, Of Elephants & Roses was on view at the APS Museum in Philadelphia. This exhibition delved into the scientific and economic progress that happened because of work at two gardens: Malmaison and Le Jardin des Plantes at the Paris Muséum of Natural History. A bit of pop culture was included, too, with a section on the giraffomania that swept through France after the arrival of Zarafa (a young female Ethiopian giraffe given by the Viceroy of Egypt to France’s King during the 1820s). You may remember her image appeared on china, textiles and other household goods.

Parisians were also captivated by Hans and Parkie, two elephants from Southeast Asia residing in the Menagerie, and by Josephine's black swans.


A different kind of French natural history is explored in the fall 2013 issue of Flower. For the magazine, I had an opportunity to review Dior Impressions: The Inspiration and Influence of Impressionism at the House of Dior. This is another exhibition catalogue, accompanying a soon-to-close show at le Musée Christian Dior in Granville, France, and it explores how the art movement, with its emphasis on all things botanical, has motivated Dior designers from Saint Laurent to Galliano to Simons and of course the House's original couturier, Monsieur Dior.

Up for more talk of floral-strewn fabrics? In the same issue, check out the story Karen Carroll produced, Designers on Chintz.
Posted by Style Court at 12:55 PM