When the credits roll at the end of Valmont, Christian Tortu is given a nod for his floral contributions to the 1989 film, and we know that director Sofia Coppola tapped fleuriste Thierry Boutemy for 2006's Marie Antoinette. But specifics on floral designs in movies aren't usually widely known to those of us outside the industry. 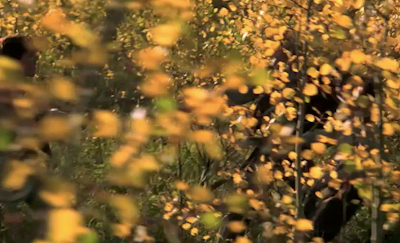 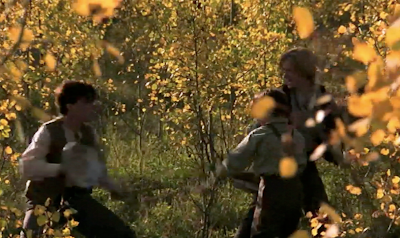 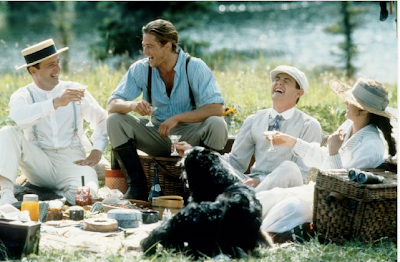 [© 1994 TriStar Pictures, Inc. All other images are my own screengrabs.] 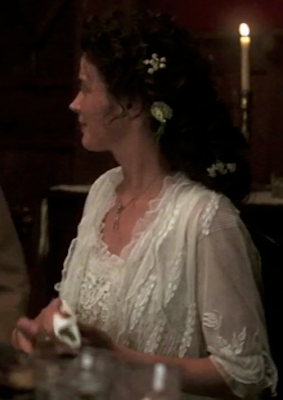 Whoever pulls them together, flowers contribute immensely to the feel of a picture. In Out of Africa, loose, natural arrangements of fresh cut blossoms, big and small, fill nearly every frame (not surprising given protagonist Karen Blixen's real life passion for flowers). And while flowers, grasses and trees growing in the ground outside are the main focus in 1994's Legends of the Fall, cut flowers are still part of some memorable scenes, helping to transport viewers to pre-World-War I- and 1920s-era Montana.

According to Samuel (Henry Thomas), the flowers in Susannah's (Julia Ormond's) hair are Angelica taken from the small arrangement in the bedroom. The vase in that scene, pictured at top, appears a bit Art Nouveau-ish or possibly Arts and Crafts. Floating around in Google images is what looks to be the only heavily styled bouquet in the movie, apparently from a deleted scene: Susannah's cascading wedding bouquet, about the size of rose shrub. 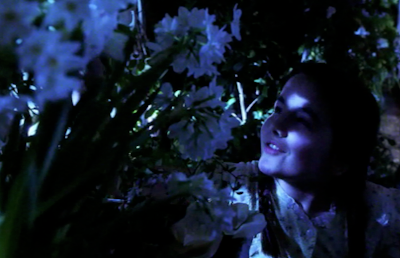 Not just in the spectacular old greenhouse off the late-Victorian kitchen, but also on countertops and tabletops. Armfuls of lush white roses add to an idyllic breakfast scene complete with hanging Chinese lanterns, freshly flipped pancakes and long 1990s bias-cut skirts.

Want to suggest any other flicks worth watching for the flowers alone? I'm compiling a list of recommended fall viewing. Just email if you prefer not to leave a comment.
Posted by Style Court at 8:14 AM

Courtney — these are gardens rather than just flowers but may include some you haven't thought of:

Recently read about two events where the dinner tables had bouquets of peonies. A gorgeous flower but one that I'd never put near food as its strong fragrance would overpower everything served.

Thanks so much, Linda . Look forward to reading!