How Her Garden Grew 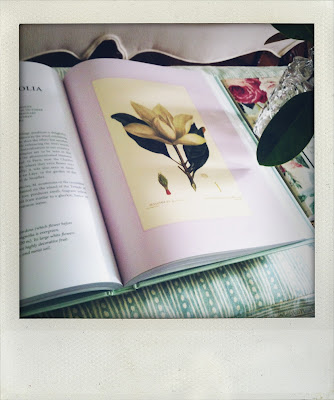 For some, the "shoes and pastries" scene is among the most memorable in Sofia Coppola's Marie Antoinette. That one stays with me, too, but as I mentioned a few weeks ago, the director's poetic take on the last French queen's informal private gardens at Petit Trianon really made an impression. 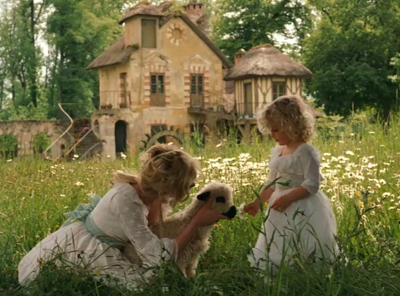 Painting with broad strokes, in the garden scenes Coppola evokes a dream-like escape. For those curious about the real-life royal's specific interest in plants and flowers, there are books; the latest being Ēlisabeth de Feydeau's From Marie-Antoinette's Gareden: An Eighteenth-Century Horticultural Album.  The second part of the title explains what distinguishes this book from previous tomes. 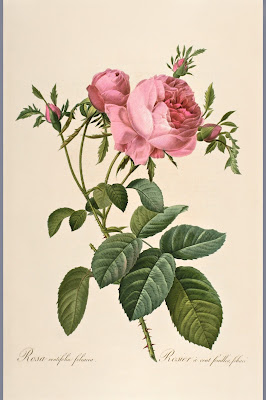 Designed entirely without modern photography, de Feydeau's book gathers together period illustrations (many are jaw-droppingly-beautiful watercolors by Pierre Joseph Redouté) of the specimens the queen favored along with original garden plans by architect Richard Mique, landscapes and portraits, and a few excerpts from Marie Antoinette's own letters. So the end result is part herbarium and part personal scrapbook. A journey back in time. 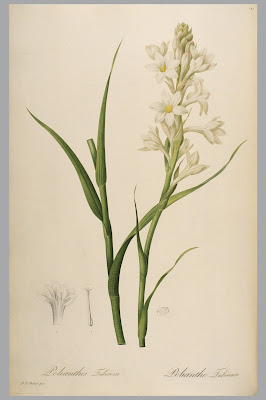 But the author, a perfume specialist and historian, does offer contemporary commentary that I think provides context. Writing about Marie Antoinette's genuine passion for nature and all things rustic, de Feydeau is quick to point out that life at Petit Trianon was often faux country: cows named Brunette and Blanchette carefully groomed before the queen milked them, trees imported at great expense from around the globe, and water diverted from the river Marly to create a "natural" pond. 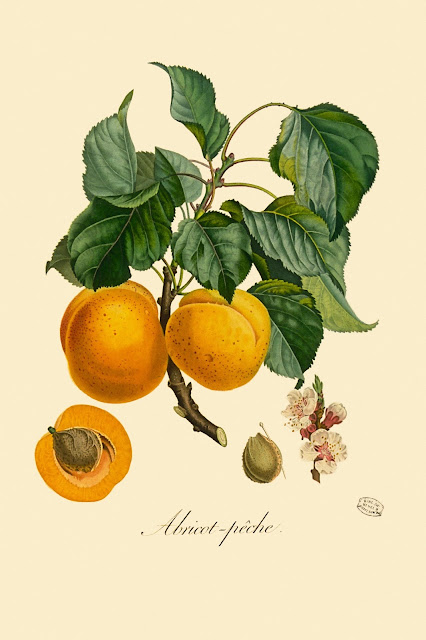 
Some of these imported trees included the Virginia tulip variety. I was intrigued to learn that Marie Antoinette was drawn to several species associated with the American South: magnolia grandiflora, honeysuckle, and camellia. And those gauzy white dresses -- you know, like the casual one she daringly wore for a sitting with court painter Vigée Le Brun -- were actually inspired by Creole fashion; women in the French colonies were partial to lightweight white dresses, sans overly restrictive corsets, accessorized with broad silk sashes. 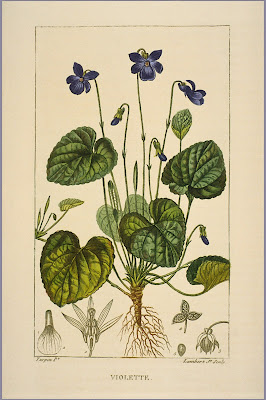 The book is filled with interesting tidbits like that. Flowers are the starting point and from there we learn something about what was happening at the time with textiles, fashion, perfume, and even medicine and science. One of the most enjoyable ways to use the album is to thumb through the index, land on a favorite flower or tree, then go directly to the corresponding lavishly illustrated entry. Looking up the poppy, for example, I discovered that Marie Antoinette's bedroom walls were covered with the blossom, the flower was sprinkled throughout the surrounding garden, and a decoction of white poppy seeds was commonly used to lighten the skin. Flipping over to the fig trees, I learned that it was fashionable in the 18th century to plant them in wooden tubs.

Whether you're obsessed with roses, Chinese asters or hornbeams, you'll likely find something of interest. Obviously students of Marie Antoinette will want to explore the album when it hits book stores the first week of September, but it's also relevant to anyone who simply appreciates garden history.  Gardening became a hugely popular pastime for women in the 18th century and the era's legacy is still evident today in the pages of British and American Vogue. The book also might inspire you to get your hands dirty and do a little early fall planting.

On a loosely related note, The Art of the Louvre's Tuileries Garden, a major show focused on the 63-acre Paris garden and how it has inspired artists through the centuries, debuts at the High on November 3.
Posted by Style Court at 3:49 PM

I really enjoyed this post! Beautiful artwork and the descriptions you chose are lovely. I am going to pull the movie out again this weekend...and then check out the book. Thank you!

I'm not much of a gardener but this sounds particularly intriguing -thanks for the recommendation!

It really is a beautiful edition and filled with interesting history. Hope you can check out a copy in the next few weeks.

Fabulous post! Can't wait to read the book & see the exhibit. I'll have to schedule my next Atlanta trip for November.

Alexis -- thanks! Should be a great show.