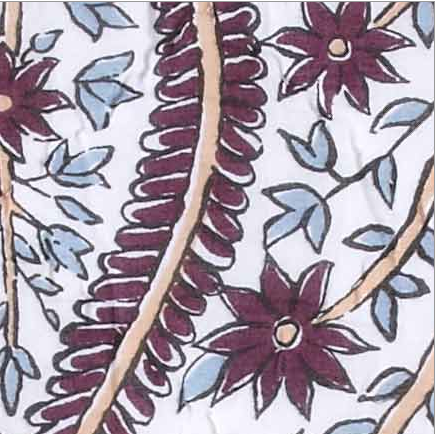 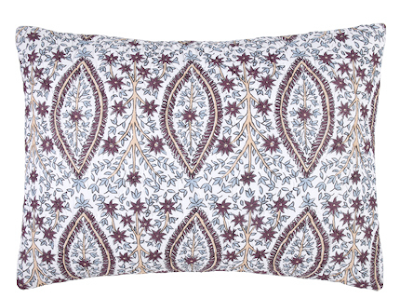 At every turn this week, I've encountered beautiful examples of rich eggplant and soft amethyst mixed with blue. Case in point: John Robshaw's Palitana print from his fall 2013 collection. 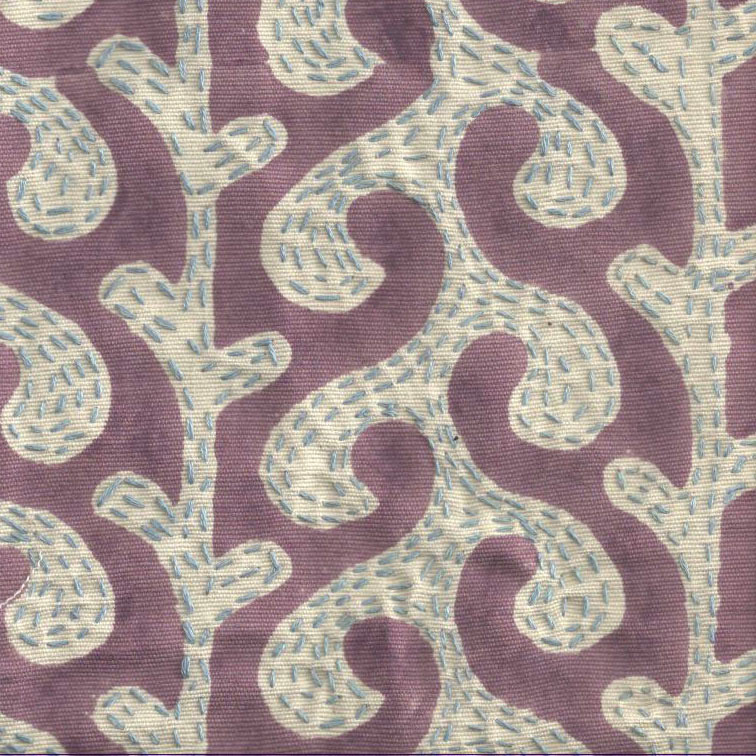 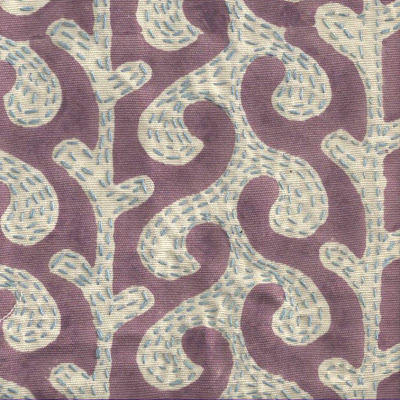 And thumbing through an advance copy of Tom Scheerer Decorates, I spied Seema Krish's hand-embroidered and block-printed cotton deftly mixed with Kelly Wearstler's Bengal Bazaar and Carolina Irving's Andaluz in viola. (When Scheerer combines them, it works.) 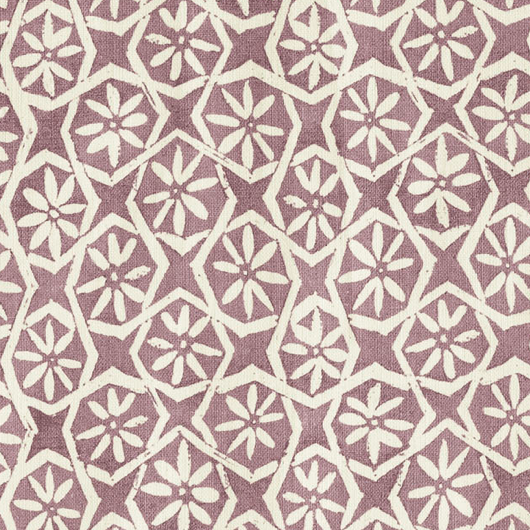 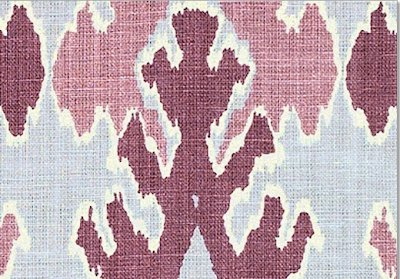 So let's take a look at the combo as used throughout art history. 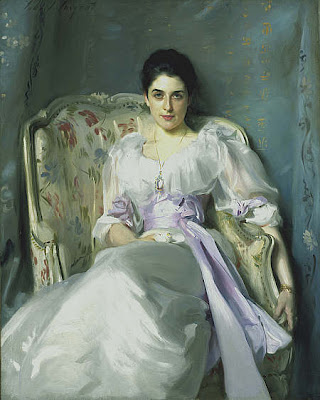 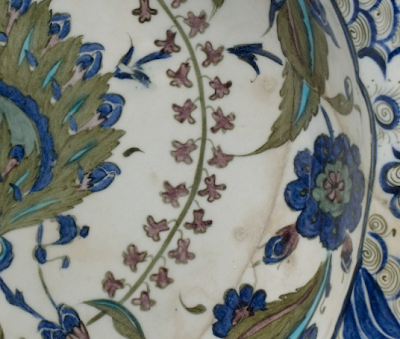 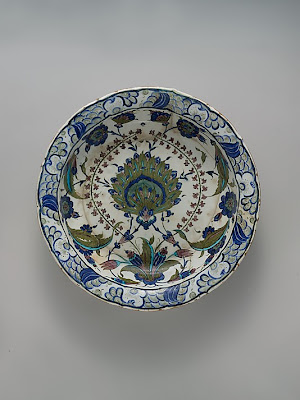 Manganese purple,  Iznik-navy and turquoise plus a dusky sage-green come together in this 16th-century Turkish dish from The Met's Havemeyer Collection. The Museum says that a Chinese influence on the stonepaste piece can be seen in the wave, foam and rock design of the rim as well as its cusped edge drawn from a Ming prototype. 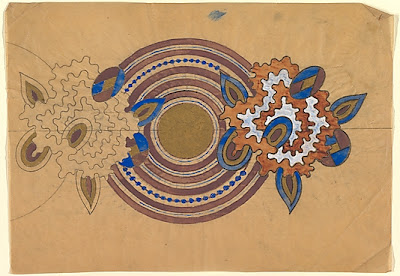 An anonymous French textile designer opted to use alternating purple and blue stripes with a gold circle in an early 20th century drawing with strong Deco and late Art Nouveau influences. Another piece from The Met.


White silk was dipped in purple dye to create this Edo period Japanese stitch- and paste-resist-dyed and painted silk crepe textile. The maple leaves are rendered in blue, gold and green. 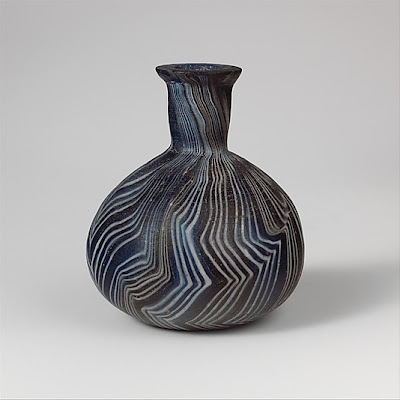 Traveling way, way back to Rome, in the first half of the 1st century A.D., there's this Missoni-esque glass mosaic bottle. The Met describes the colors used as: "Translucent cobalt blue, almost opaque deep purple, and opaque white." What an example of the parallels between ancient and modern design.
Posted by Style Court at 7:18 AM

Speaking of eggplant, I was just admiring recently a cushion by Robshaw with the name Bindi Brinjal. I don't know if it's a new fabric or old, which of course doesn't matter. I'm fascinated by that Irving print, wouldn't mind having a cushion made of it.

It feels as if every time I open your blog a book finds it way to my wish list. I just added the Tom Sheerer one, cannot wait to browse through that one. Thanks for sharing.

Hi Lisa, I love Brinjal from the earlier collection, too. I think you will really appreciate the well-illustrated Scheerer book -- post to be up shortly.

Only on Style Court would you get Sargent and Iznik pottery and Japanese resist-dying and Roman glass all in the same post - great:)

Maybe I should be Random Court : )

Did you see Seema Krish's home on Apartmenttherapy last week? Her textiles look even more beautiful in her own home.There's a window blind in purple and blue!
Rina

Rina --yes, those shades are great.

Hello,
May I ask you what is the title of the book on Africa on the cover of your blog?

Fabrizia -- it's a vintage copy of Out of Africa. Hope that helps.

Thanks a lot for your help
Fabrizia