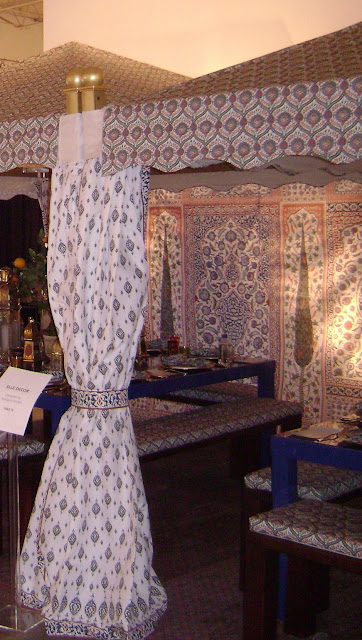 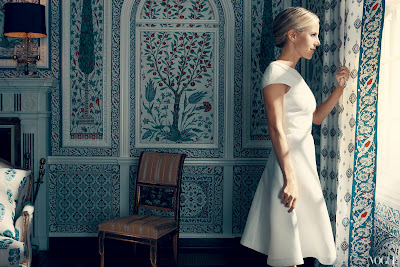 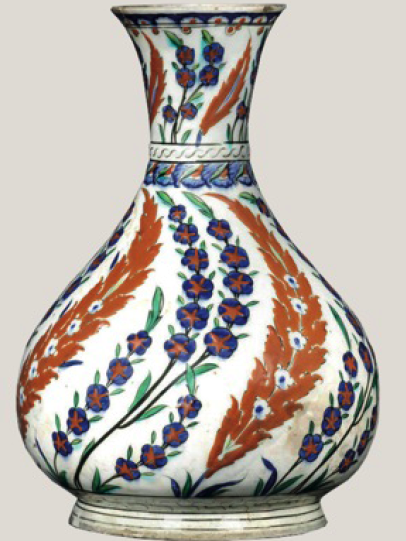 This twelve-inch high, 16th-century Iznik water bottle sold at Bonhams London a few months back and is highlighted in the summer issue of Hali as an outstanding example of the current interest in Ottoman style -- a passion that last peaked about a century ago when Iznik design was very much in vogue in the West. The ne plus ultra of the style interpreted in 21st century America might be Tory Burch's oft-blogged and pinned dining room, which of course literally was in Vogue.


As many of you already know, Burch's room is lined with Iznik-inspired panels by Paris-based Mehmet and Dimonah Iksel. And another ne plus ultra is the Iksel's own kitchen, photographed for domino. In 2007, the couple's fabrics traveled to Atlanta for Margaret Russell's tent at the DIFFA benefit, Dining by Design. 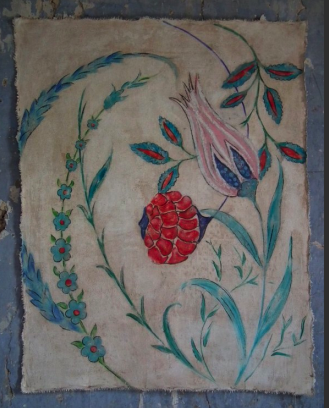 Also based in Paris and inspired by old Iznik tile is artist Aurelie Alvarez. Remember her studio from season one of Man Shops Globe? Although her work hasn't been posted here before, I thought of it when I stumbled across the bottle in Hali. Look for Alvarez's paintings at Terrain. 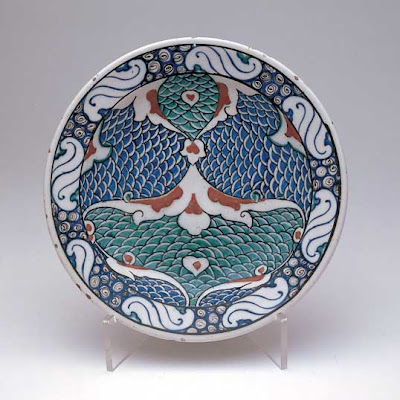 Doris Duke, ever an independent spirit, appreciated Iznik-ware when it wasn't particularly fashionable in the States. Her dish, above, one of many pieces she collected, will soon be on view at the Nasher. In our countdown we're at the six-and-a-half-week mark.
Posted by Style Court at 3:50 PM