Color: Barefoot in the Park 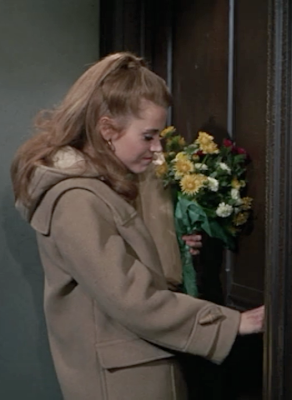 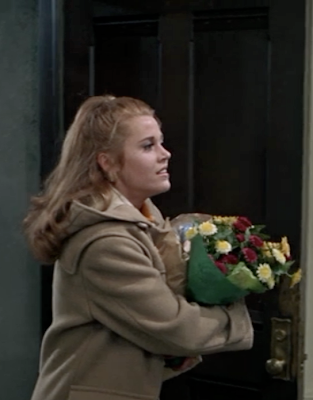 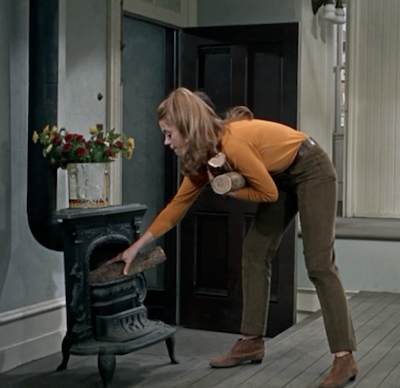 A spirit of adventure, a sense of humor, love and, in terms of aesthetics, a Matisse (just a poster if not the real deal), a fresh coat of paint, a potted fiddle-leaf fig and a bit of flea market furniture covered in punchy colors. That's all that anyone really needs, in 1967's Barefoot in the Park.

Visually, what's striking about the movie is how color is used to distinguish newlyweds Corie and Paul Bratter (Jane Fonda and Robert Redford). Corie wears clean-lined American-style sportswear -- neutrals mixed with pops of citrus brights that look as if they came from J. Crew 2013 -- and decorates their first tiny apartment with vibrant shades, many of which appear to be lifted from Matisse's Madame de Pompadour. But nearly everything else that surrounds the couple is purposefully, comically, dingy. 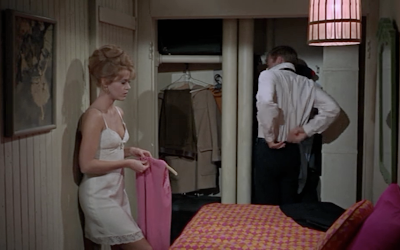 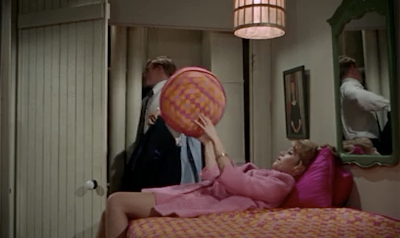 I'm hardly a film historian, but I wonder if Barefoot is sort of a bridge between the classic romantic comedies of the decades that preceded it and all the less-conventional movies that would follow in the late-60s and 70s. The decor, blending graphic, then-modern fabric with touches of Victoriana, nods to Corie and Paul's generation -- the idealistic real-life youthquakers who would move into old rundown 19th-century townhouses from New York to San Francisco with thoughts of renovation.

Regardless, the movie's bedroom design is fun.

If you've never seen it, one of the big jokes in Barefoot is the miniscule scale of the room. Probably meant to be a dressing room or walk-in-closet, it's too small for a double bed and even the "large single" that's been squeezed in fills the entire space. (At night, they're forced to "turn in unison.") Corie responds by transforming it into a warm jewel box of a room, with a strategically placed mirror and lantern. 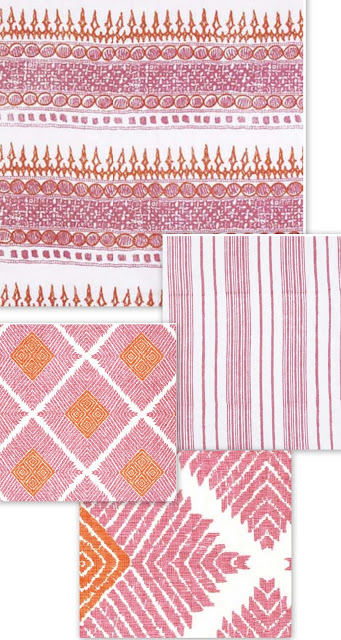 For a hypothetical remake, I'd use these Robshaw fabrics in Lotus: clockwise from the top: Algiers, Vintage Stripe, and Phulkari. 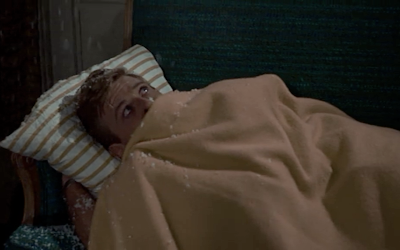 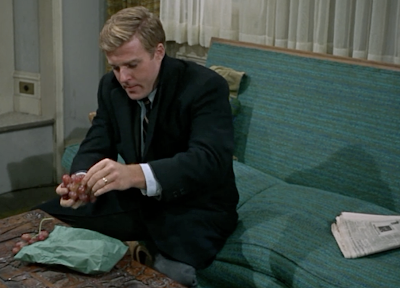 These days, I think, a set decorator would be given a brief to go quite quirky with the apartment; spell out to audiences that Corie is a free spirit and that the couple's furniture is random. Here, though, the message is more nuanced. At least to contemporary eyes. Maybe the apartment felt zanier in 1967. Barely visible in the picture above is a lacquered chest -- Asian, likely -- used in lieu of a traditional coffee table. Of course, now that's a traditional approach. 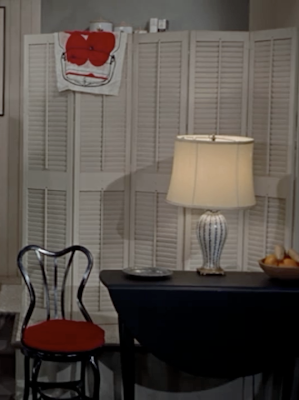 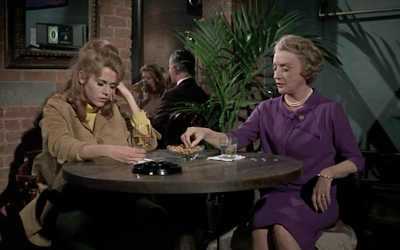 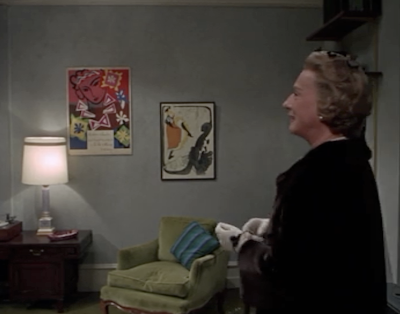 And lastly the art. Along with the Matisse poster, the Bratter's digs are peppered with repros of works by modern masters: Toulouse-Lautrec; Degas; Miro; Modigliani. There's a bold bullfighting poster, too. Either this marks the beginning of the trend to hang exhibition posters at home, or we're supposed to deduce that Corie was an art history major. Perhaps in the mid-60s there was a major museum exhibition of late-19th/early-20th century artists? Alternatively, the pictures could be tongue-in-cheek. I'm not sure. Mostly I like how the blue-striped pillow on green upholstery relates to the Matisse. 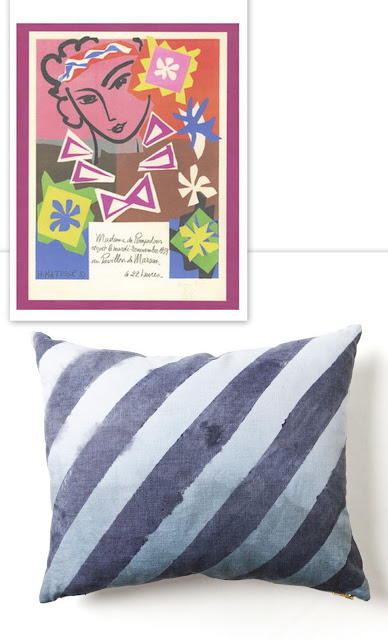 Thanks so much, Barbara! Funny to be posting about a winter movie. We've been rained in for a week down here :) But happy summer to you, too! Can't wait to see the sun again.

That was a romp down memory lane. I played the role of Corie in college. "Are we sleeping from left to right or right to left?" Never thought about the set design, but still remember too many of lines. But where in the heck are my keys?

Very, very cool. You must have had a great time. So many hysterical lines.

Hi Courtney, I loved your post! I am just returning to my blog after nearly 2 years and yours is one of the first ones that I've read and am posting on. I love how you are so knowledgeable about everything on the set, including the artwork! Great post!

This reminds me of the framed posters on display in the offices of the Washington Post in the film All the President's Men, with again a clear subliminal message to the viewer, denoting culture and progressiveness - reinforced by the fresh colours of the office furniture and the bright overhead lights. But I also recall that that was a fairly faithful reproduction of the actual Washington Post offices, so art follows life follows art :)

Emile -- great observation. I'll have to take a look. Wonder if Katherine Graham's personal modern art collection related in any way to what was hung in the office? Whether in a set designer's mind or real life?

So Emile was right on. All the Pres.'s Men art direction and set design won Oscars. Read about it here: