As anticipated, postcard repros of Rachel Ruysch's Vase of Flowers, 1700, are among the goods on sale in the High's new pop-up Girl gift shop.

Touring the loan exhibition of Dutch works from the Mauritshuis (pieces that celebrate everyday, mostly domestic activities), I kept circumventing other gallery visitors to take second and third looks at a tiny Gerard ter Borch painting with an interesting palette of nuanced colors: a splash of pale peachy-pink, a dot of brilliant turquoise-y-blue, and a hit of rich coral-red all set off by dark, muted, earthy tones.

That's the color lesson of the show, I think. How sorbet hues and jewel tones shine when juxtaposed with murky shades. So I pulled together some inspiration boards based on what I observed in ter Borch's work. 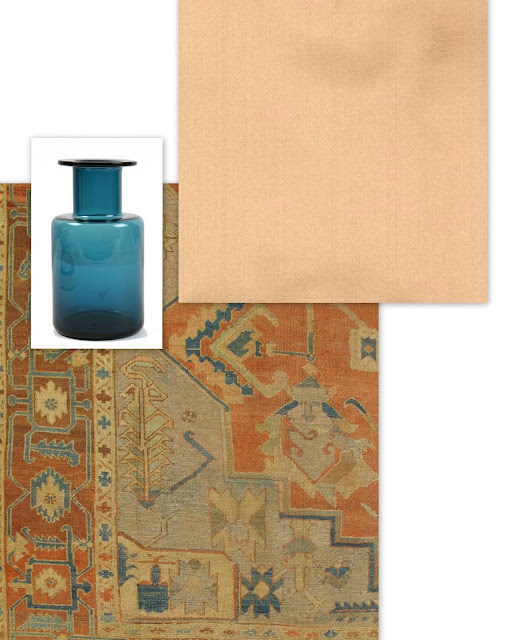 First, just a late-19th-century Serapi from Keivan Woven Arts, a small blue bottle from Ben Pentreath and the color Vintage spotted over at Duralee. 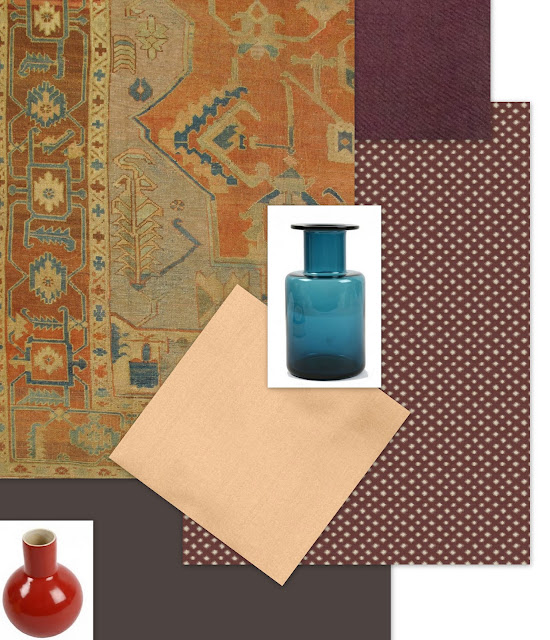 Next, as an experiment, I mixed in Nate Berkus's all cotton Euclid Plum, another plum linen from Lewis Sheron, Benjamin Moore's Espresso Bean, plus a persimmon bottle from Pentreath. 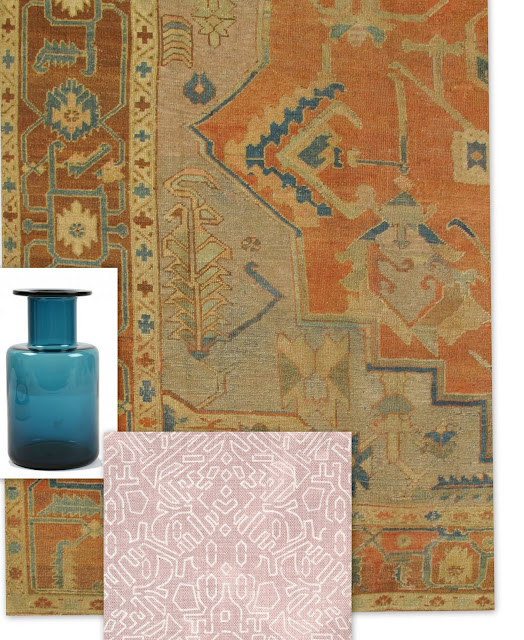 Zak + Fox's Katagami in Mountbatten has already been posted here a couple of times -- and the mauve-y pink isn't pulled from the painting -- but I had to try it with the rug and blue bottle. For blue glass crafted in the U.S., West Virginia-based Blenko is always a great source. 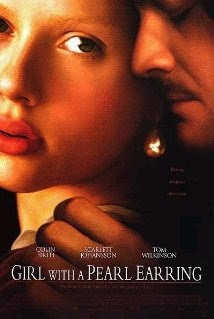 After you've toured Girl with a Pearl Earring, don't forget there's more color inspiration to be found in the film. The High is screening it on select Saturdays this summer. 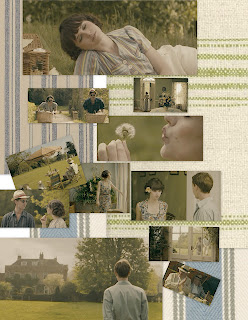 But if ethereal greens and blues with crisp stripes are your thing, check out the Cheerful in June post. Almost Famous blues can be seen here.
Posted by Style Court at 1:21 PM