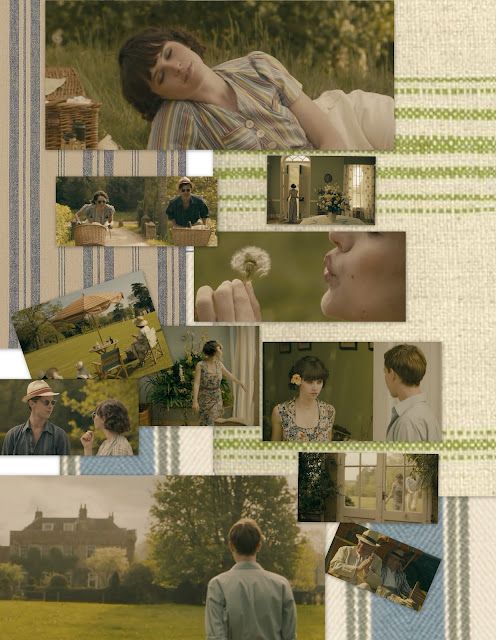 [Click for full view. Images are film screengrabs or my own photos, unless credited otherwise. Complete credits follow.]

It's June. Time to channel the summer flashbacks in the film adaptation of Cheerful Weather for the Wedding with its stunning production design by Anna Lavelle (her behind-the-scenes photos and renderings are must sees). 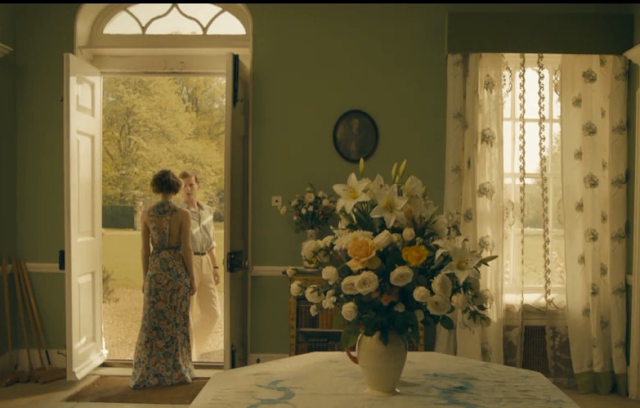 Tuck a flower behind your ear, don a long, gorge 1930s-esque bias-cut floral-print dress, and go explore Atlanta's Fuqua Orchid Center (unless, like Dolly Thatcham, you happen to have a garden conservatory in your own backyard). The interesting thing about 30s style is that it's defined by both angles and curves: the sharp lines of Art Deco as well as soft romantic florals. 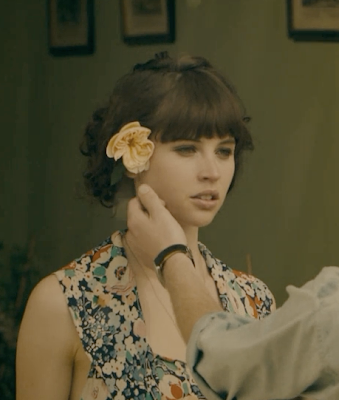 But many of these floral-printed fabrics, notes the V & A, have an energy that sets them apart from the prints of previous centuries. Often loose and splashy, 30s designs show the influence of 20th-century art. Duncan Grant and Vanessa Bell, painters and textile designers, continued creating abstract prints in the early 30s, however these designs for Allan Walton could be described as more organic than their pre-1920s Omega looks. 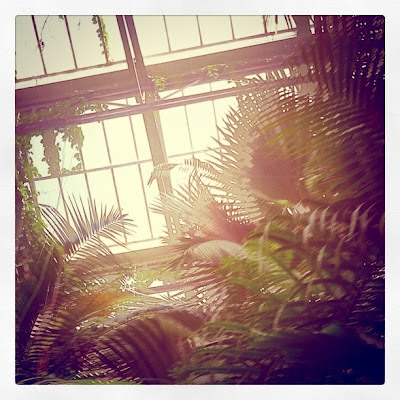 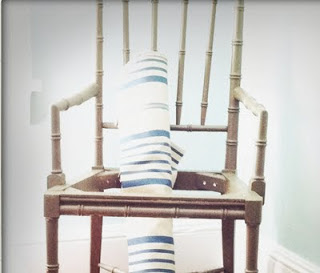 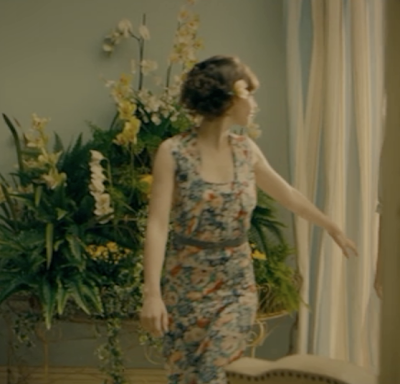 Diana Vreeland might say, "Why don't you...add dd more stripes to your life, too?" While I associate some movies with a particular color, I link Cheerful with eye-pleasing stripes (and luscious blue-greens). Lavelle and her team really hit a home run (or whatever the cricket equivalent is) mixing stripes throughout the movie. Shown in the collage at top, clockwise: horizontal apple-green/natural stripe at Lewis & Sheron; Ian Mankin's Blazer Stripe in Seagreen/Sage; and French General's Biarritz Indigo. 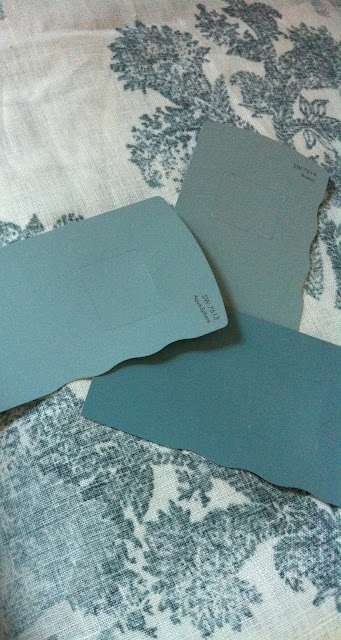 Now to paint. I know most design junkies are well-acquainted with Benjamin Moore's array of spring-greens and dreamy green-blues, like my all-time favorite Palladian Blue. Sometimes, though, I wander into the Sherwin-Williams store. Recently, I came back with a can of Aqua-Sphere. Fans of Cheerful's kitchen walls might want to glance at S-W's Tranquil Aqua or the range at London's Papers and Paint. 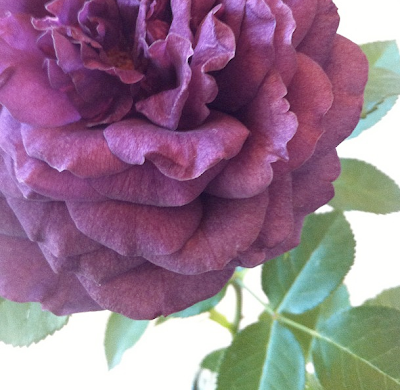 English roses are also part of Cheerful's visual vocabulary. Atlanta's Staton Memorial Rose Garden, adjacent to Fernbank Museum in Olmsted-designed Druid Hills, is open to the public during daylight hours, spring through fall. Admission is free. Look for it behind the brick English-country-esque house.

I loved this movie, such a gorgeous setting and interiors!

What a delightful post. Thank you for introducing me to this film. I have added it to my list.

Roxane -- such a gorgeous setting!