The Twenties in the Seventies 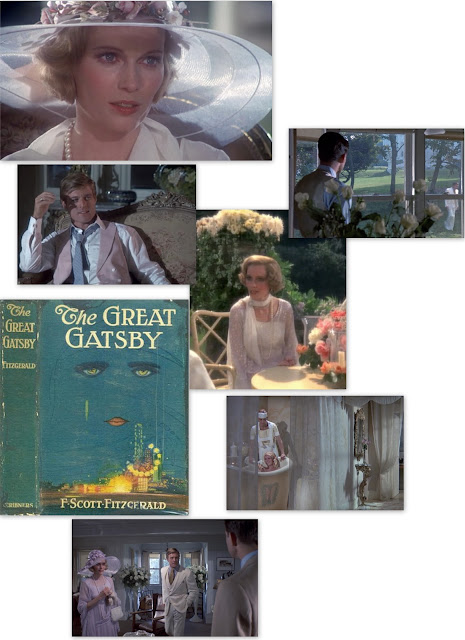 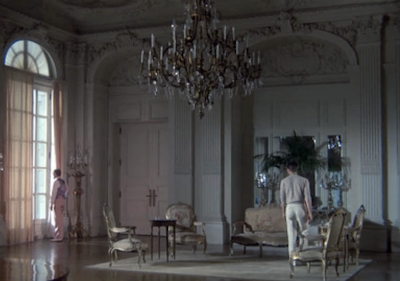 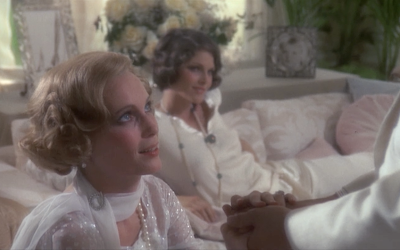 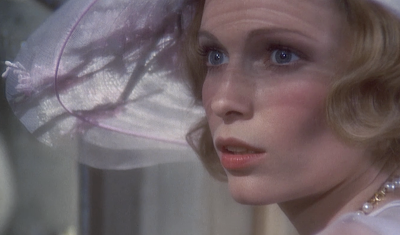 I've only seen the 70s version of The Great Gatsby on the small screen. My computer screen, actually. For the visually inclined, a Netflix stream or iTunes download makes constant pausing hard to resist. There's just so much to see: the soft colors, Daisy's hats, her yellow bathtub, the iconic yellow car, the use of sheer fabrics, and, not to be overlooked, the use of flowers.

Whether you've seen the movie a dozen times or perused lots of Gatsby-focused tumblr pages, you're probably already well-acquainted with memorable elements like Jay Gatsby's pale pink suit, his splendid sea of pastel shirts and the architecture of his manse (French-influenced Rosecliff, in real life). But there are other wonderful things -- some very humble. It's all about natural light, summer heat, and a 1970s appreciation of the 1920s. Let's review: 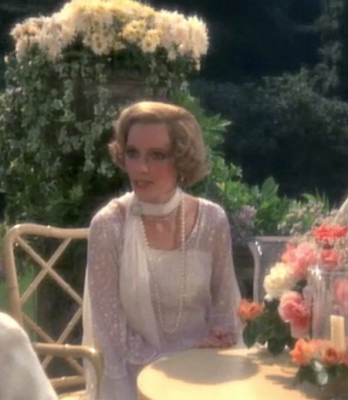 There's the mound of daisies springing up out of an urn in the Buchanan garden. 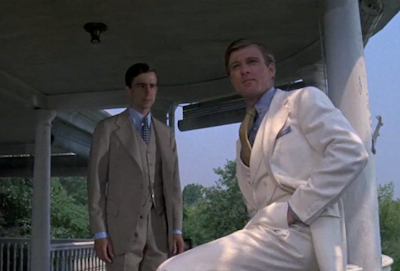 [Image of white wicker, below, via Sue Balmforth.] 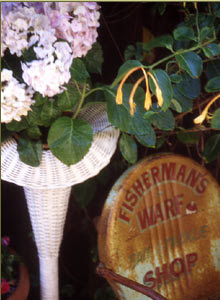 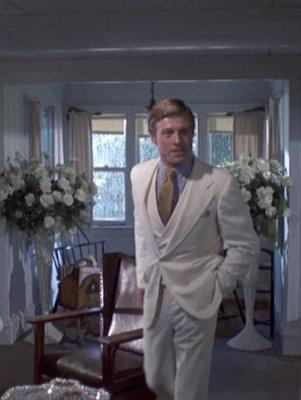 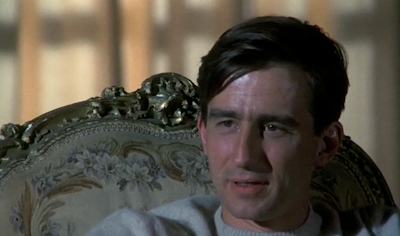 and there are scrapbooks and sterling silver picture frames and of course full garden roses everywhere. 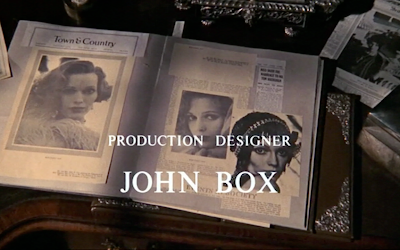 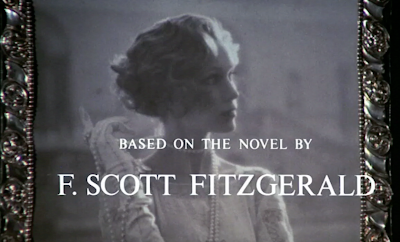 To learn about the book jacket design for Fitzgerald's novel, see this past post. More on a terrific Zelda bio from the 70s here. 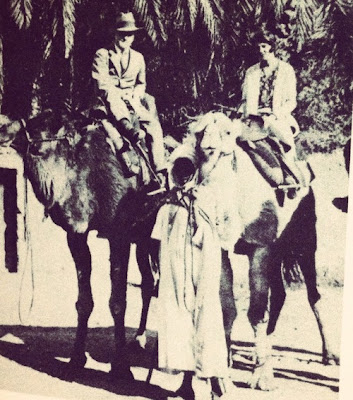 The book jacket shown at top is via Princeton University Library. Except where credited otherwise, all other images are screengrabs from the film.
Posted by Style Court at 12:29 PM

Email ThisBlogThis!Share to TwitterShare to FacebookShare to Pinterest
Labels: flowers, The Great Gatsby