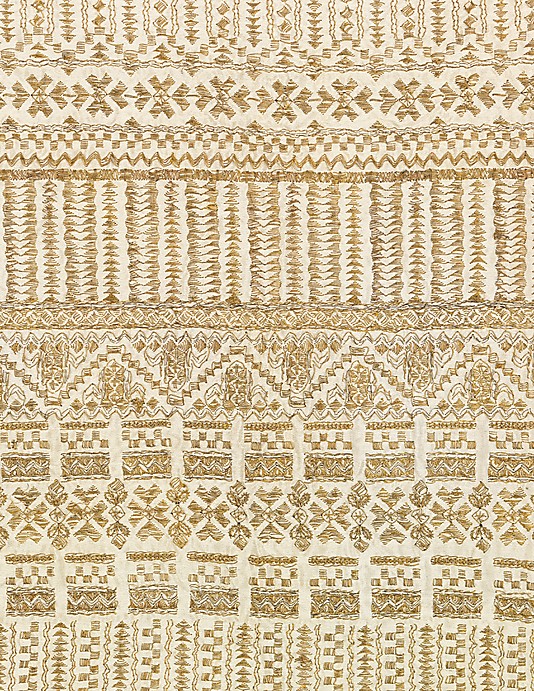 [Silk and metal embroidery attributed to Sarah Lipska, circa 1920-29.
Brooklyn Museum Costume Collection at The Metropolitan Museum of Art.]

So the countdowns continue: three days until the Atlanta premiere of Baz Luhrmann's The Great Gatsby and six 'til the opening of Diaghilev and the Ballets Russes, 1909–1929 at the NGA in D.C. The embroideries highlighted here are a nod to both. 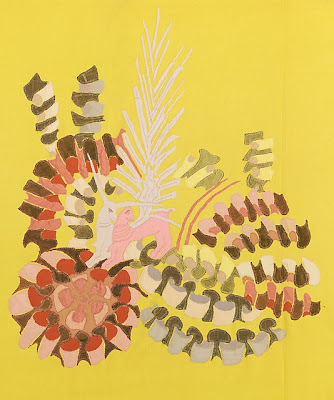 [Wool silk and metal embroidery attributed to Sarah Lipska, circa 1920-29. Brooklyn Museum Costume Collection at The Metropolitan Museum of Art.]


Sarah Lipska (1882-1973), the set and costume designer, fashion designer and sculptor known in part for her work with Leon Bakst and the Ballets Russes, designed and possibly executed these pieces. At top is an example of the previously mentioned Egyptomania that took hold in Europe and the States during the 20s. It's characterized by lux, intricate metallic needlework in a geometric pattern.

In contrast to that is the colorful, more free-form abstract design set against brilliant yellow. For me it sort of calls to mind some of the work Matisse will do in paper two decades later. The Met says the whip-stitched applique and sense of fantasy typifies Lipska's style. 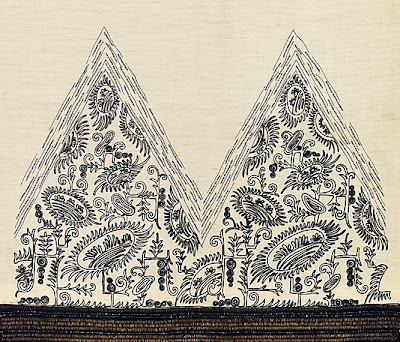 And this paisley-ish design within a geometric is reminiscent of another Lipska piece posted here last year. Within one textile we see two 20s trends: sharp Deco-influenced angles and soft florals. More on Rodier, the Paris-based textile manufacturer involved with the piece, here.
Posted by Style Court at 9:04 AM

Love paisley. These are great... I love how they're a new iteration of paisley, not the same old. I'm into more monochromatic illustration right now, and these are gorgeous.

So beautiful! Thanks for the introduction, I wasn't aware of her. Can't wait for the movie to come out.

I can't wait for BOTH! Sadly I'll be on vacation next week so will try to avoid reviews of the movie and the exhibit before I can get to them myself!

When I saw Romeo + Juliet, I thought it was great -- especially for what it was intended to be. So I'm curious to see how I react to Baz's Gatsby now that it's what, 15 years later? :) Maybe I've changed. But Catherine Martin's work alone should keep me riveted. I think I can appreciate everything from whisper-quiet Jane Campion to in-your-face Baz.

Stefan, can't wait to hear your reaction to both!

Juliane -- glad you appreciate it!