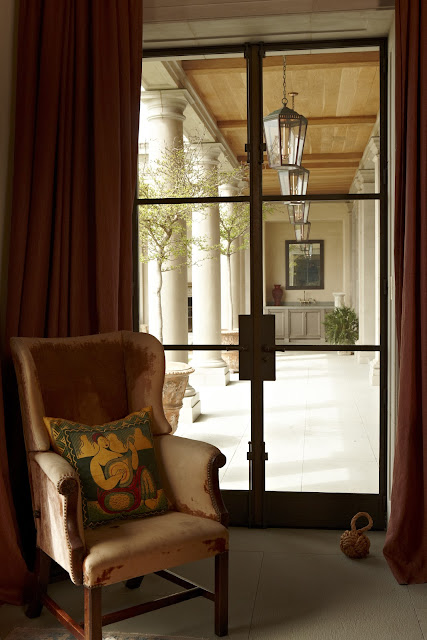 Let's travel to the Veneto. Thanks to a video posted by UNESCO, we can get a three-minute refresher on Palladio's works in this area around Venice, Italy (now designated World Heritage sites) and better understand why designer Michael Smith drew inspiration from the region's summer villas as he began a project in Malibu. 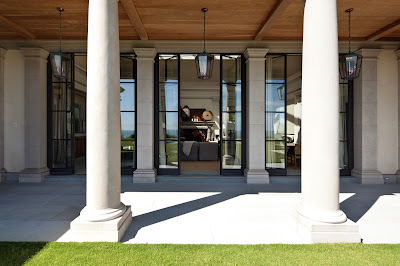 [Click images to enlarge. Photo by Fernando and Gerardo Montiel Klint. All other photos are also from Building Beauty: The Alchemy of Design, Rizzoli New York, 2013.] 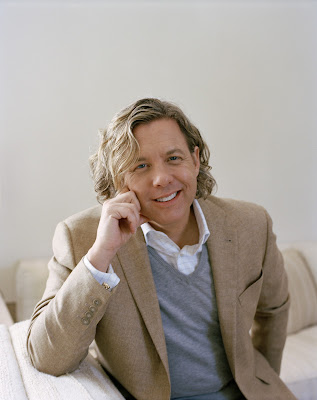 Smith is quick to point out, in a very Diana Vreeland sort of way, that he was after the "idea of Palladio" rather than a literal interpretation. His challenge, working in collaboration with architect Oscar Shamamian, was to dress down a very formal, very grand California oceanfront house. Or as Smith describes it, "...make a sow's ear out of a silk purse, so to speak." 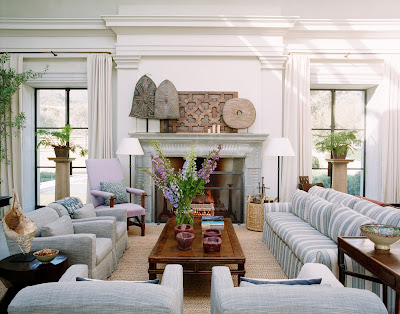 The place was purchased for its spectacular setting and grounds but didn't reflect the tastes of the new owners. A complete tear down likely would've been easier, but there were distinct advantages to remaining within the original footprint -- so incredibly close to the sea -- and embarking on a serious remake, inside and out. Old Palladian-style houses like Drayton Hall and the great Italian villas spoke to Smith because they can be very airy; if left to breath, quite unstuffy and welcoming. 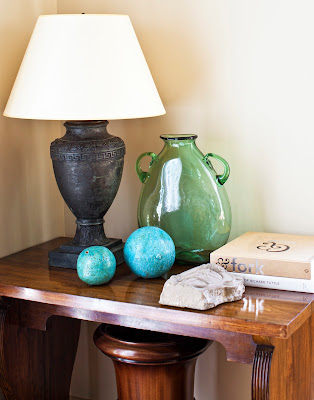 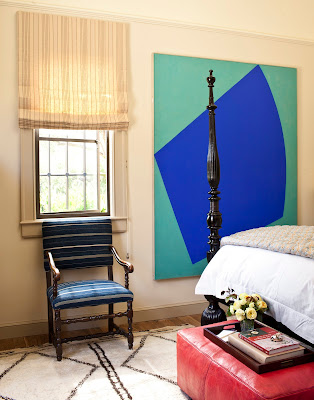 Although fresh doesn't have to mean spartan. Gentle patina, texture and warmth come in with the use of textiles, art, antiques and paint. (Like Vreeland said, the eye has to travel.) Dealer Will Fisher and housepainter Steve Beattie contributed chapters to the book that chronicles this house, as did the architect, landscape designer and other craftsmen. So the team effort that went into the project is really acknowledged and celebrated -- something not so common in design tomes and magazines.

Beattie explains that Smith prefers things that look old yet maintained. His descriptions of how the team strikes that balance provide a bit of inspiration for those who want to achieve a similar feel on a much smaller scale. 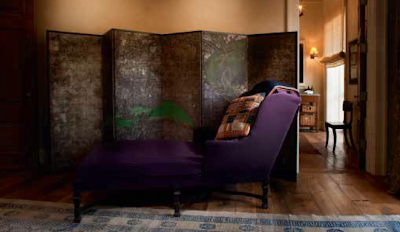 This jewel-tone French purple chaise probably makes for a surprisingly cool retreat after a day spent in the sun. It's layered with a graphic African pillow and juxtaposed against a Japanese screen and Chinese rug: Smith's approach to mixing encapsulated in one intimate corner. It's not a harsh jumble. Each piece complements the other. He's especially drawn to things that have enduring appeal across cultures. 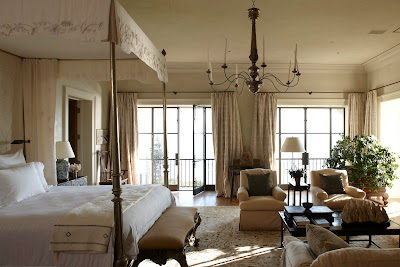 The book offers a chance to learn but also to daydream. Here's the bedroom mentioned the other day. Imagine drifting off to sleep surrounded by soft, silvery tones while the ocean's waves roll just outside that open door.
Posted by Style Court at 12:32 PM

It is (was) an interesting house, especially considering that Smith essentially bought everything over a relatively short period of time. Yet he achieved a very chic, relaxed atmosphere by combining the dear with the more common. The benefits of carte blanche!