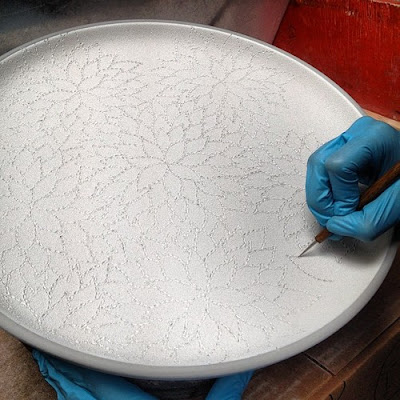 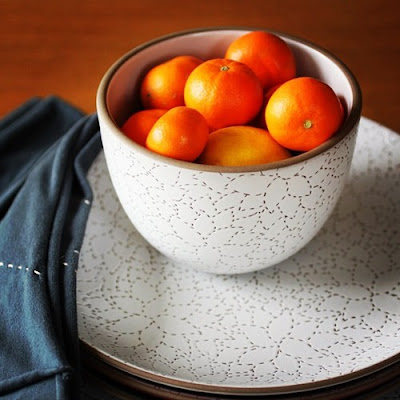 Another tidbit from Frances Brody's notes on the massive ceramic piece she and her husband commissioned Henri Matisse to create in 1953: Obviously the thought of shipping across an entire ocean something so breakable would give most people pause, therefore the couple contemplated having Matisse's design executed in their home state, California. Although Mrs. Brody doesn't mention specific studios or ceramicists, as I read her account, I immediately thought of the various West Coast potteries that thrived during the mid-20th century.

Apparently Matisse sent the Brodys seventeen handpainted color samples on paper, and some trials were done locally. But, in the end, the artist favored a Riviera-based ceramicist with whom he already worked. "Baking" the components in France enabled Matisse to supervise the process and see the finished ceramic in person.

Pictured in this post are beautiful utilitarian ceramic objects produced in present day California. The white, textile-like Camellia pattern is one of the latest offerings from Heath and represents another of the studio's collaborations with Southern stitching guru Alabama Chanin. Look for the collection to be available May first. 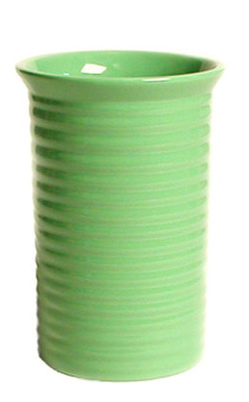 LACMA's shop consistently stocks Bauer mugs and vases. New for spring is the green ringware vase. Made locally in Southern California by the Bauer Pottery Company of Los Angeles, the vase is reminiscent of Bauer's brilliantly colored Post-Depression-Era line. (While Bauer actually began making unfussy stoneware in the 1880s, the designs from the late 30s and 40s are best known.) 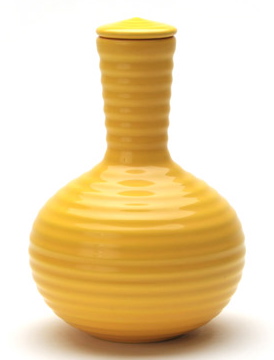 [Bauer bottle available directly from the company.]
Posted by Style Court at 1:33 PM