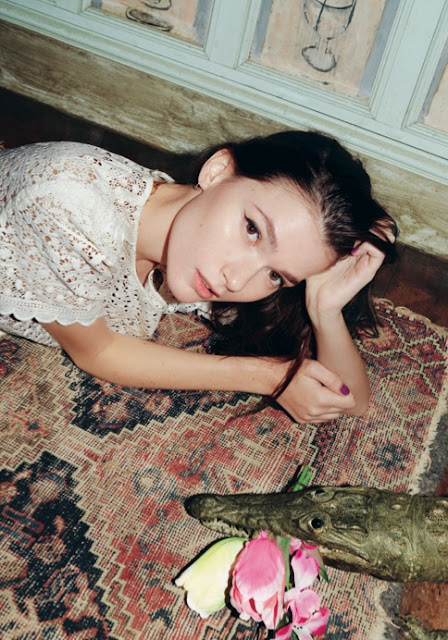 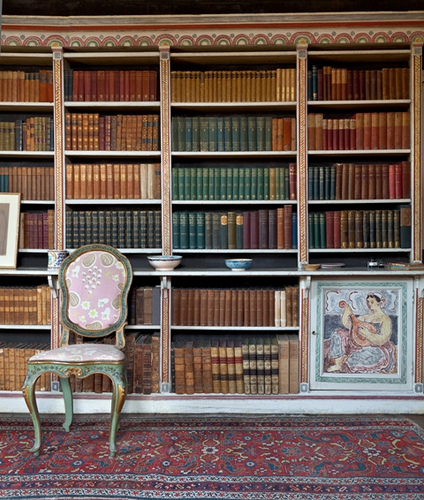 Usually scent triggers a visual memory but recently things were reversed: when I saw Laura Ashley's summer 2013 catalog, I could practically smell the floral notes from the potpourri and perfume (freesia?) and hear the creaking wood floor boards in the eponymous shop at the mall circa 1989. 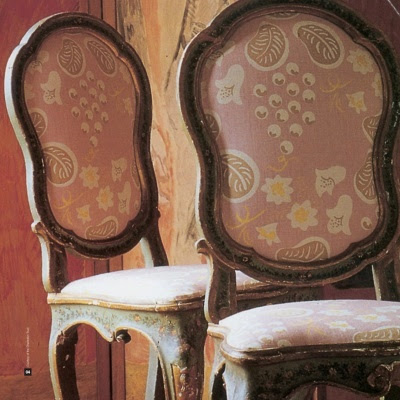 It was in the early 80s that Laura Ashley's son Nick instigated a partnership with the Charleston Trust, assisting with the restoration of the farmhouse once shared by artists Vanessa Bell and Duncan Grant, and reproducing some of Bell's and Grant's abstract printed fabrics from the 1930s Walton series. As I mentioned a while back, across the pond in the U.S. this resulted in lots of bedrooms (little girl, teen, tween, toddler) with a Bloomsbury vibe. 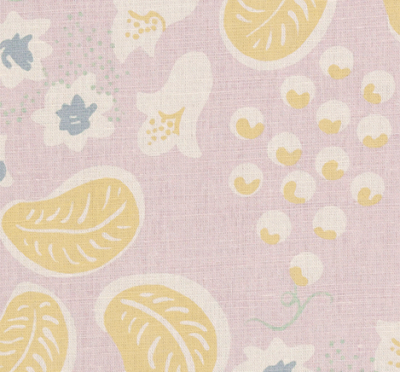 Now we're in the midst of an 80s revival, with one of the year's most anticipated exhibitions being the V & A's Club to Catwalk: London Fashion in the 1980s. It also happens to be the company Laura Ashley's 60th anniversary. So two Grant designs, Grapes and Queen Mary, have been reissued in linen-cotton for summer. When Grapes first appeared, it would've felt startlingly fresh and modern, and even more groundbreaking when Bell and Grant used it to upholster formal 18th-century Venetian chairs. Bold Queen Mary, aka Flowers and Leaves, was originally designed for Cunard's ocean liner but was rejected as unsuitable. 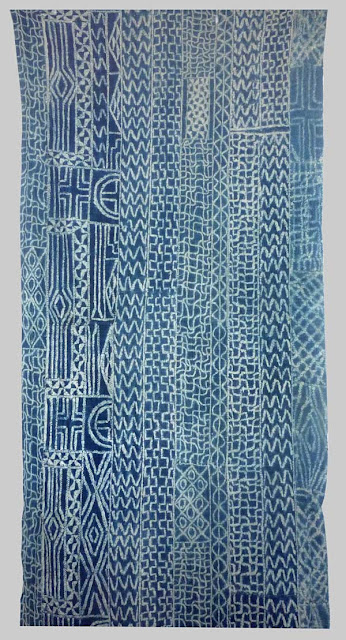 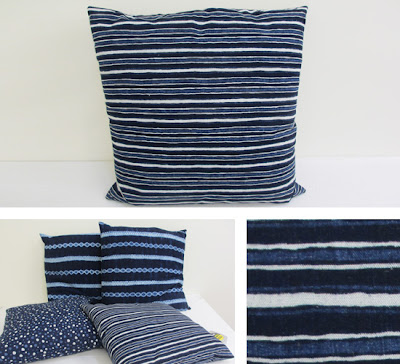 Of course in earlier decades, working for the Omega Workshops, Bell's and Grant's designs were more abstract. Then they were influenced by African textiles and Cubism. This brings me to a reminder of Saturday's opening at the High: Symmetry/Asymmetry: African Textiles, Dress, and Adornment will spotlight indigo cloths from West Africa and Kuba textiles from Central Africa -- in all more than 40 pieces representing 7,000 years of design from across the continent. The show will remain on view through August 25. 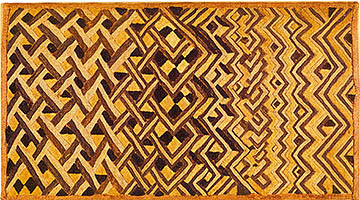 Btw, Charleston and Laura Ashley are teaming up to offer two-day upholstery workshops this June and October. Details here.

Bloomsbury in Vogue
Posted by Style Court at 12:29 PM

This is somewhat off topic (although the evocative sentence of creaking wood and potpourri reference filled my heart with joy) but don't you just love a decorative looking chair in front of a bookcase? I did it in my own apartment. I think it's the layering, it's just striking!

Stefan -- yes! This is my favorite picture of the Grapes chair in particular because the rich tones of the books and rug kind of ground everything and provide a great masculine/feminine balance.

I love your thought about the grapes pattern being so modern and a bit shocking when it first came out paired with traditional furniture. Everyone does that now, and I scanned right over the photo and thought nothing of it!

Hey Karla! Thanks for picking up on this. I think, also, that Grapes probably seems tame to people now. It's hard to comprehend how differently Bloomsbury work was perceived in its time.

Loved seeing the last image, I have a few pieces from travels to Africa...long ago along with tapa cloths from Samoa. They sit in a chest as I ponder what to do with them. One day, when we stop the expat travel and settle in one place...that has a very large wall, I intend to hang that tapa cloth...and ponder the next steps for the others. I enjoyed remembering that I have them...thank you. :)

Jeanne -- sometimes I think pondering the design possibilities is the best part. Sounds like you've got a great collection.

Vanessa Bell picked up textiles from all over too :)

It's fascinating, and not a little unnerving, to consider how our attitude towards certain styles can be adjusted over time, and how something that feels fresh and right during one era begins to make us yawn twenty years down the road; and then if revived at the proper moment gives pleasure all over again. Charleston is a good example of a house whose décors would never suit my personal tastes, yet it's impossible not to be impressed with the conviction behind it, the sheer authority of all that inspired madness. Your point about the Venetian chairs is well taken--the Grapes pattern must have seemed revolutionary at the time.
It stands the test of time, in my estimation, and I wouldn't mind in the least seeing that sort of light -hearted approach take hold once more.

It's strange. There's something about what Bell and Grant did at Charleston that worked there, at that particular place, and while it continues to captivate, doesn't necessarily translate when attempted elsewhere. Yet, on the other hand, various bits of what they did are all around us in ways we don't even think of. Makes me think of Ben Pentreath describing David Hicks.

Oh, and to Toby's point about timing, the same might be said about Laura Ashley. For my mom's generation, I think that some of 70s blouses and maxi dresses paired with sexier versions of granny boots probably seemed so revolutionary and fresh contrasted with the tailored suits their mothers were wearing then. But it was all about very young women wearing things that hadn't been in vogue for 80 years or so :)

So true, about styles that make perfect sense for a particular place and time, but don't necessarily make
sense when attempted elsewhere. We have seen countless examples of rooms where the original inspiration got 'lost in translation', missed the mark
or are simply unconvincing. Yet the great thing is when
a kind of unintended synthesis takes place, of old and
new, past and present. That's what we all aim for-- and
it is often out of reach.