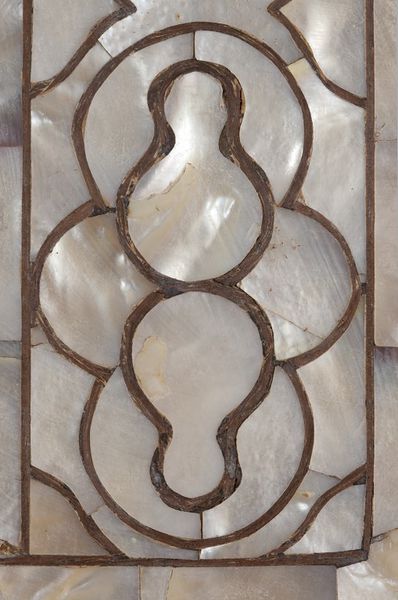 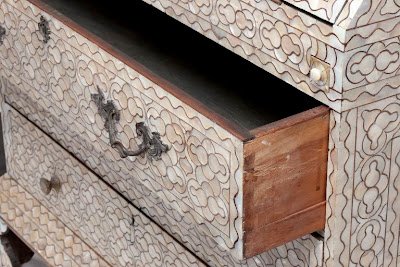 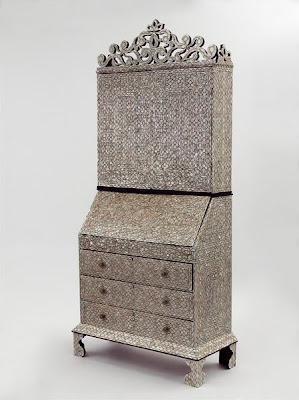 Last month Bazaar UK began a new series with V & A curator Oriole Cullen. Her first topic? White in fashion. On trend for 2013 but really a powerful statement in the past too. Here she breaks down the meaning, citing examples from Jane Birkin's crocheted mini to Marie Antoinette's muslin dress. 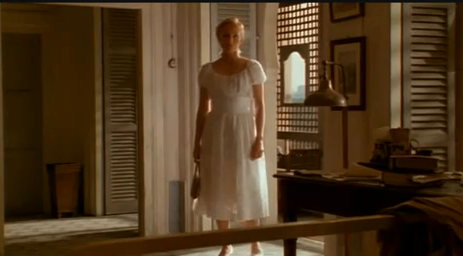 Anthony Minghella's The English Patient is an ode to gauzy white. Or white, caramel and sand. And technically I guess this example is as much about clothes as interiors, but the North African bedroom/bath stands out in my mind as such a great example of white used in set design/decoration (done by Aurelio Crugnola and Stephenie McMilan). The era is late 1930s, although it's a mid-1990s film. 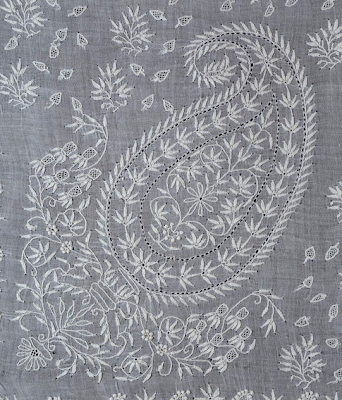 I'd love to see this 19th-century embroidered muslin cloth reinterpreted on a bigger scale as a coverlet. It's from Sultanpur, India and was originally intended to be worn. Covered entirely with a stitched botanical design, the muslin has four distinct buta (or paisley forms) at each corner.
Posted by Style Court at 8:42 PM

that secretaries desk is magnificent!!!