Story of the Beautiful 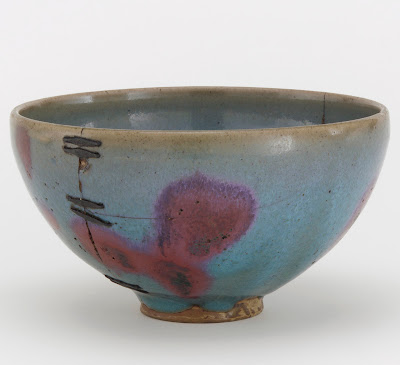 For the notorious Peacock Room, it's been a long and winding drama. 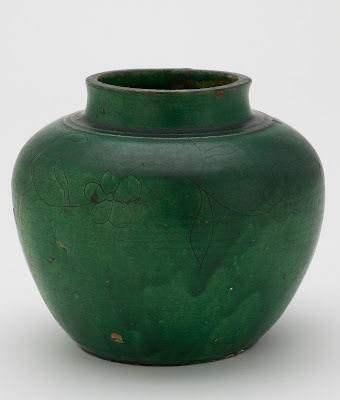 Ultimately, the entire room moved again. When Freer died in 1919, The Peacock Room became a permanent part of the newly opened Freer Gallery of Art in D.C. To recapture the first incarnation of the room, the Gallery acquired Kangxi blue-and-white porcelain and for decades it was installed a la Whistler. But two years ago, another reinstallation took place with Freer's pottery returning to the shelves.

The latest chapter involves a new website: The Story of the Beautiful: Freer, Whistler & Their Points of Contact, offering virtual tours of The Peacock Room as it appeared in London and Detroit. For ceramics lovers the site is great because it provides really close views of all the pots, plates, bottles and jugs. These pieces seem to have their own stories to tell, too. And the site's creators have done a terrific job with the historic timeline, placing the evolution of the infamous room in context with international happenings. BTW, this year marks the 90th anniversary of the room being open to the public.
Posted by Style Court at 10:47 AM

What an exciting new resource! Now I just need to find some time to sift through it. :-)

What a great site, demonstrating so well how context affects the way we see objects, and equally (in the case of Freer's different taste in ceramics) how objects can change the way we see the context!

Emile -- knew you'd appreciate Freer's taste! And I agree about the context.