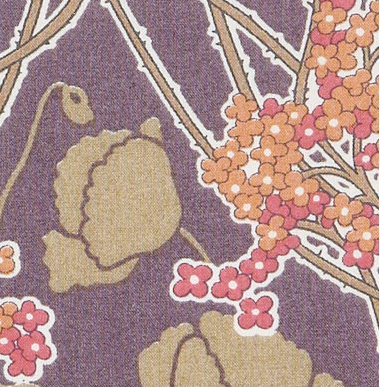 [Hazel B, a new Liberty cotton, seen up close.]

With last year marking the artist's 150th "birthday," the collection is timely but it also kind of brings things full circle: Vienna's Museum of Decorative Art (MAK) has long possessed an outstanding collection of textiles, probably better known for its Egyptian and Persian rugs and Wiener Werkstätte pieces, yet also including Liberty prints and other English fabrics acquired around 1900 (actually, there are 900 English wallpaper samples and textiles in all). According to Liberty, 21st-century Hazel is inspired by two designs from this original 1890s group.

Also well-timed, the exhibition A Shot of Rhythm and Color: English Textile Design of the Late 19th Century just opened at MAK and will remain on view through October. 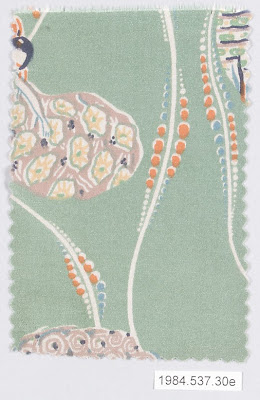 On this side of the pond, The Met has examples of fabrics associated with Klimt and Wiener Werkstätte. And since we're talking textile collections, in the "less-widely-known treasure" category, Miguel Flores-Vianna recommends visiting The Turkish Chamber in the Ducal palace in Dresden, home to an incredible array of Ottoman things. See the video here.
Posted by Style Court at 3:11 PM

I'm thinking a shirt dress in that new Hazel B....