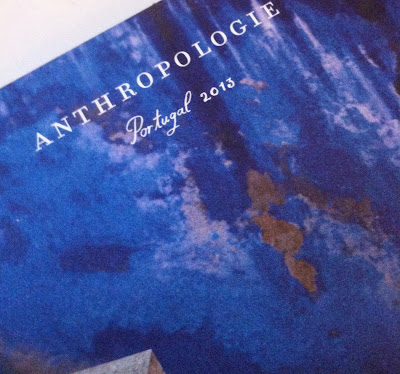 Emerald green is Pantone's color of the year but deep blues seem to be everywhere too: on the runways, in stores, on the cover of Anthro's February catalog, in Annie Butrus's latest, and in museums.

Touring the High's new show yesterday, I was struck by how the exhibition's design incorporates that electric blue associated with Frida Kahlo's houses (the exterior of her childhood home was cobalt, and blue also distinguished her wing of the modernist Juan O'Gorman-designed dwelling she shared with Diego Rivera). In her journals, Kahlo linked cobalt with energy and love. 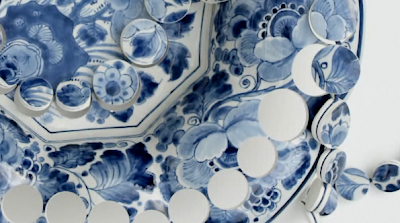 Something about cobalt pigment paired with clean white has even more universal appeal. From Latin America to Europe to Asia, the combination has been the obsession of artists and designers for a thousand years. Rodarte and Robert Dawson are among the latest to explore the pairing, and the MFA Boston will highlight their work in a soon-to-open exhibition, New Blue and White. 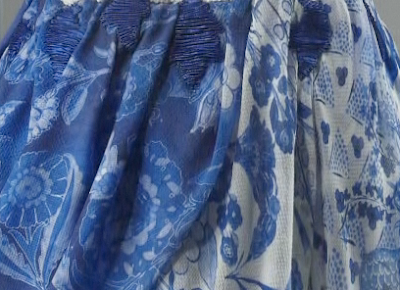 Although I already mentioned the show as part of last year's "things to look forward to in 2013," expanded coverage is now up on the museum's site including a video with curator Emily Zilber. The exhibition opens February 20 and will run through July 14.

My beloved antique Seto porcelain is cobalt and white - not the more navy blue the way so much other Japanese and Chinese porcelain is. It's what drew my eyes to it years ago and never let go. But all blue and white is wonderful (and neutral), perhaps as it is the color of sky and clouds.

Jacqueline -- I can understand why you love it!

Puts a smile on one's face: Pantone solemnly announcing the colour of the year :) With designers everywhere breathlessly awaiting the verdict... Will it be 'Koi' or will it be 'Turbulence'? But of course I do realise this is actually serious stuff, part of the business cycle!

There's also color forecasting done, not publicly, but just for the industry and that really is fascinating. You know, sets of colors predicted to become big in a few years. Intriguing how we become drawn to different shades every four years or so. It's very cyclical, as you say.