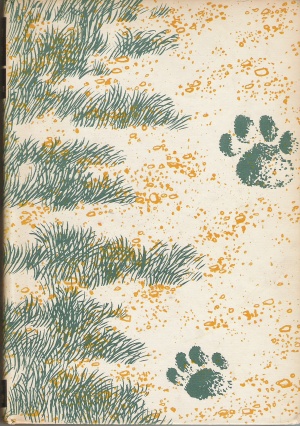 I've never really thought of myself as a vintage book collector. But I am very drawn to book design, particularly all those creative 20th-century covers that were done from the 20s through the early 70s. So somehow along the way, I've picked up a handful of early editions. My first acquisition of 2013 is Born Free. (An inexpensive find with a reserved illustration of paw prints and African grass on the boards.) 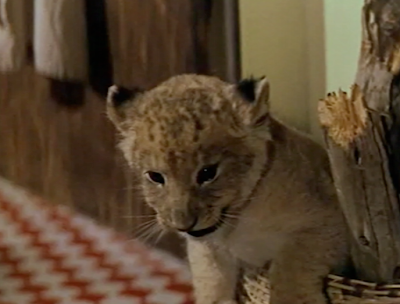 For me, the connection to the story between the covers began in first grade when I saw the old classic movie interpretation replayed on TV. 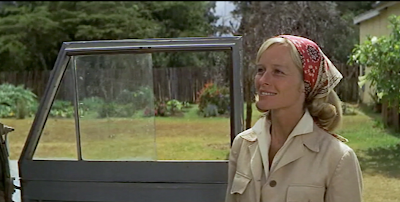 While, at the time, I was mainly obsessed with lions and other animals living in the African wilderness, I think even then I was attracted to the film's soft palette. (Not to mention the camp clothes worn by actress Virginia McKenna as Joy Adamson.) The relatively recent PBS documentary, Elsa's Legacy: The Born Free Story, definitely changed my perceptions of the real life Adamsons and their work but the spirit of the tale stays with me. 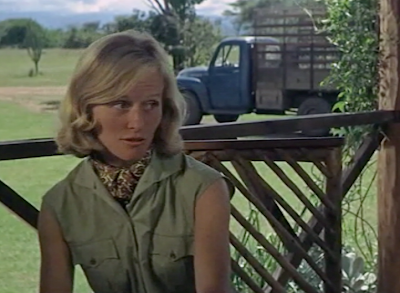 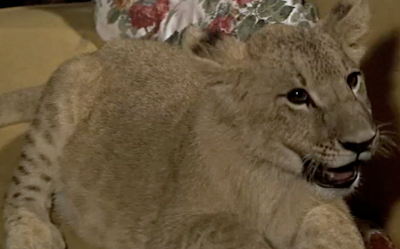 In terms of aesthetics, there aren't many indigenous African textiles to see, as in Out of Africa. What strikes me about BF are the pops of late-1960s brights that punctuate the Brits' olive green safari garb and natural hues of the rattan and wood furniture as well as the sun-worn greens and muted blues of the African landscape. Like the movie version of Out of Africa, though, the BF living room is dominated by a rustic stone fireplace. Juxtaposed with that masculine element is a very ladylike English floral print (brighter than Karen Blixen's) along with bold yellow upholstery.

Below,  a breakdown of the palette using textiles and fibers. 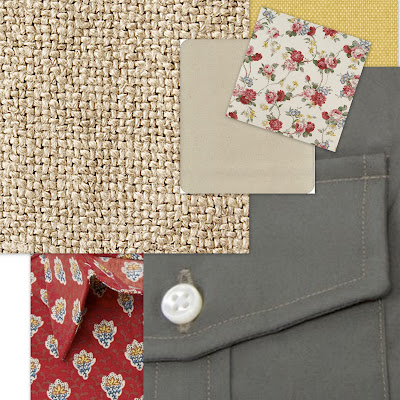 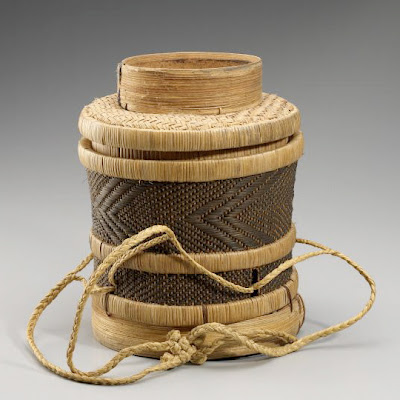 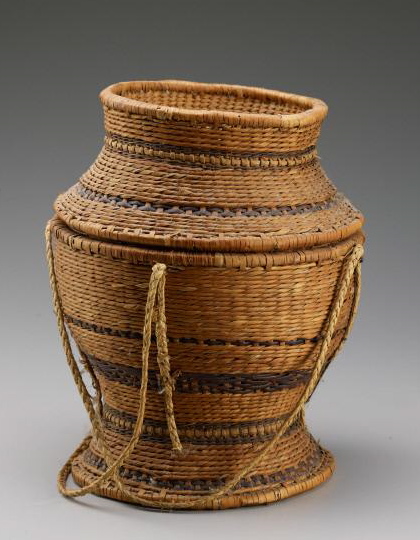 First, the baskets: Pictured above is a late 20th-century storage container from the Democratic Republic of the Congo (collection of the National Museum of African Art) followed by a another lidded plant fiber container (same period, region and museum collection).

Speaking of African inspiration, don't forget The Met's show, African Art, New York, and the Avant-Garde, continues through April 14,
Posted by Style Court at 9:02 AM

A lovely post; as always. It's such a treat to visit here! Happy New Year, Courtney!

Thank you Barbara! Happy New Year to you!

This was a great movie, and I love McKenna. Thanks for sharing the African inspired look!

Just wanted to be sure you have seen "The Flame Trees of Thika" - and I saw the African Art show today at The Met (along with Matisse - yay!) and it was small but very interesting. Amazing Indonesian batiks on display along the way too so thought of you all around!

Sharon -- thanks for stopping by. Happy New Year!

Jacqueline -- I'm envious! And thanks for the tip.