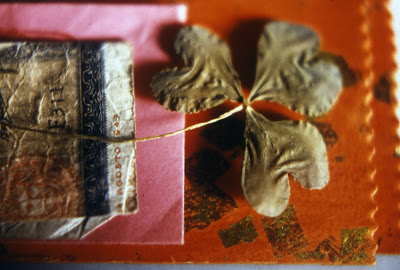 "At all times love and discipline have led to a beautiful environment and a good life," said Charles Eames. 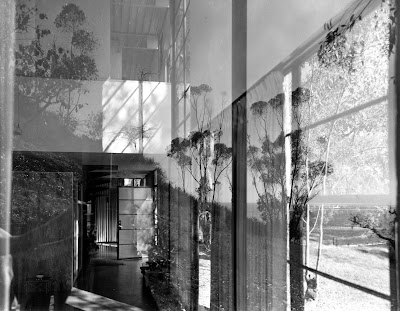 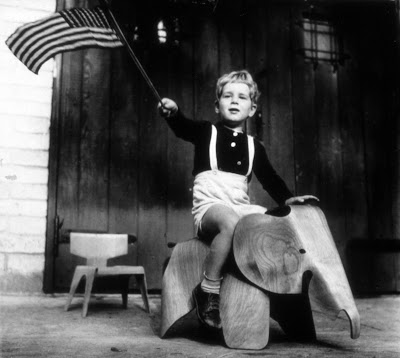 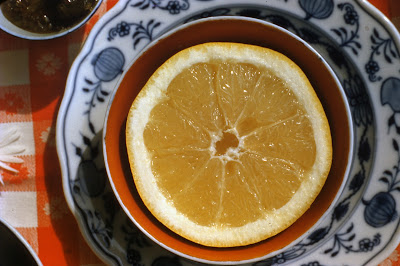 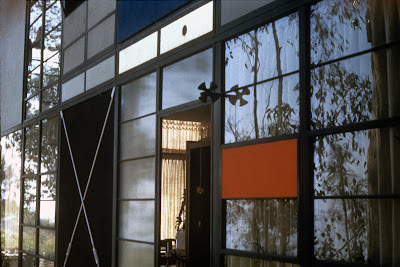 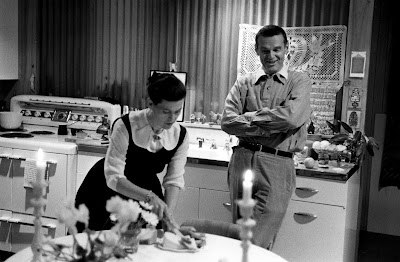 Really, both Ray (a pioneering painter who studied under Hans Hofmann and later "changed palettes" to graphics and textiles) and her architect husband Charles valued all sorts of design and noticed it everywhere. 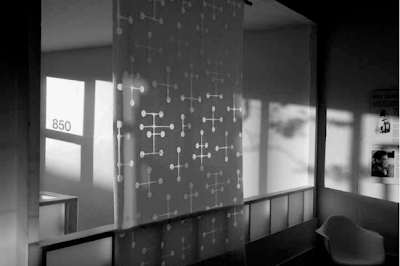 But in one of the new book's most beautiful essays, Charles' daughter Lucia describes with great specificity the brilliant colors and textures of Ray's breakfast table at the couple's iconic glass midcentury Case Study house: "...the dignity, forcefield and sparkle of Ray and the loving offerings of her table and heart..." 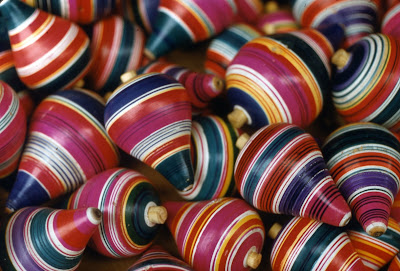 The book is really all about the couple's playful spirit. Modern design is often perceived to be sterile, impractical and pretentious but the Eameses' approach never was any of that. To underscore this, Ammo's over-scaled layouts are exuberant -- kind of joyful, in fact. The idea was to suggest Charles' well-known slideshows (he was a prolific photographer and had fun grouping his masses of pictures for maximum impact). What you can't tell from this post, is that the book gathers some of their most vibrant pictures -- snaps from India, Mexico, and everyday life on the homefront -- and assembles them collage style over many pages. 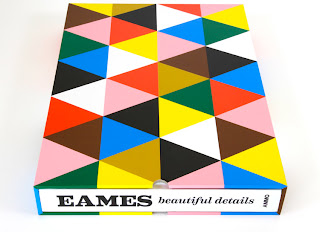 That said, their famous chairs for the masses, experiments and original toy designs are well-represented too. I love what Charles Eames said about play:

"Toys are not really as innocent as they look. Toys and games are the preludes to serious ideas."

About India, he said, "The same attention of quality evident in traditional Indian society and philosophy should be applied to contemporary design problems. [Of all the objects] we have seen or admired during our visit to India, the lota, the simple vessel of everyday use (a traditional water jug) stands out as perhaps the greatest, the most beautiful." 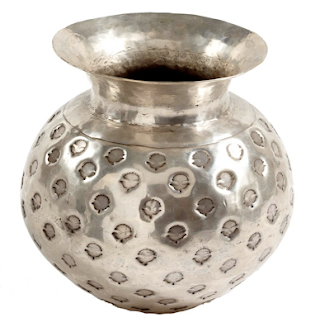 Like many Ammo editions, it's a book that really needs to be experienced in person as, again, the artful design combined with the contents are what distinguish it. But I hope this piques your curiosity, particularly if you're interested in the Eameses' working process and how they lived day-to-day. I was swept away by the vibrantly-colored, intimate, "behind-the-scenes" peeks into their house and travel albums.

Related past posts: Succumb to its Charms: The Eames Elephant and Follow-Up Visit.
Posted by Style Court at 5:11 PM

What a lovely idea -most people overlook the sometimes stunning details in modernists' works such as Eames. Thank you!

Stefan -- wish I could thumb through it with you. As an architect, you'll have great insights re everything from the house to those plywood splints they did!