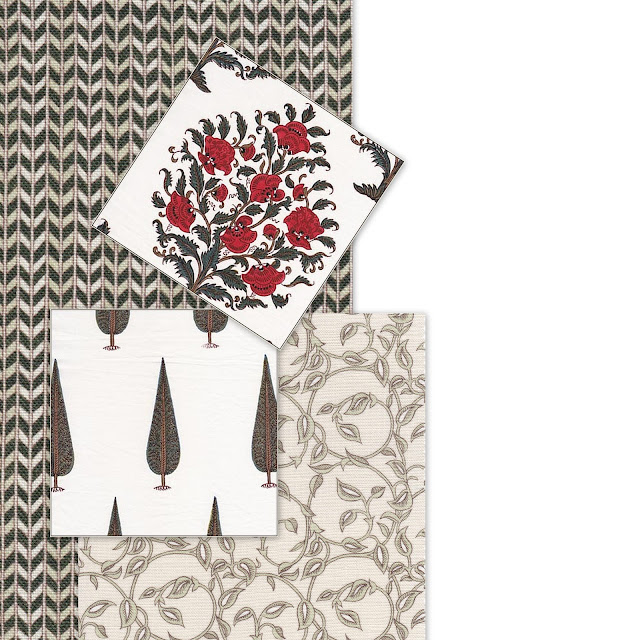 Following up on last week's post, here's a look at some new offerings from London-based textile designer Aleta Bartel-Orton mixed with Brigitte Singh's block-printed Indian cottons. Nearly 10 years ago, Aleta designed her Lewis chevron stripe, pictured above on the far left. Initially she thought it would serve as a crisp counterpoint to her wilder florals -- and it still does -- but, as she recently posted in the news section of her site, Lewis has become her most asked for pattern. It stands on it's own. And while the fabric is available in different blues, red, pink, and grey, Silver-Green is the most popular option. Now this made-in-the-UK chevron stripe, as well as Aleta's undulating Silver-Green Georgie (shown lower right, above), may also be ordered on heavy-weight linen.

Both look great with Singh's Papavero on White (clockwise from the top, it's the first floral above) and Cypress on White (the stylized trees sandwiched in the middle). If you're hunting for discontinued prints or well-priced remnants, check out Aleta's special offers. She's begun adding pieces and tells me that more will be posted next week. Also on its way: Singh's Pavot on Green, a big sister to the original Pavot made with a different woodblock. 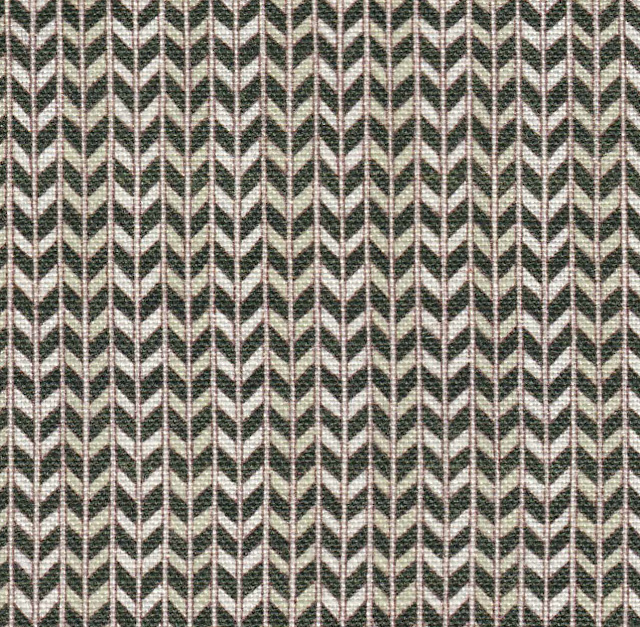 [Closer views of Lewis and Georgie] 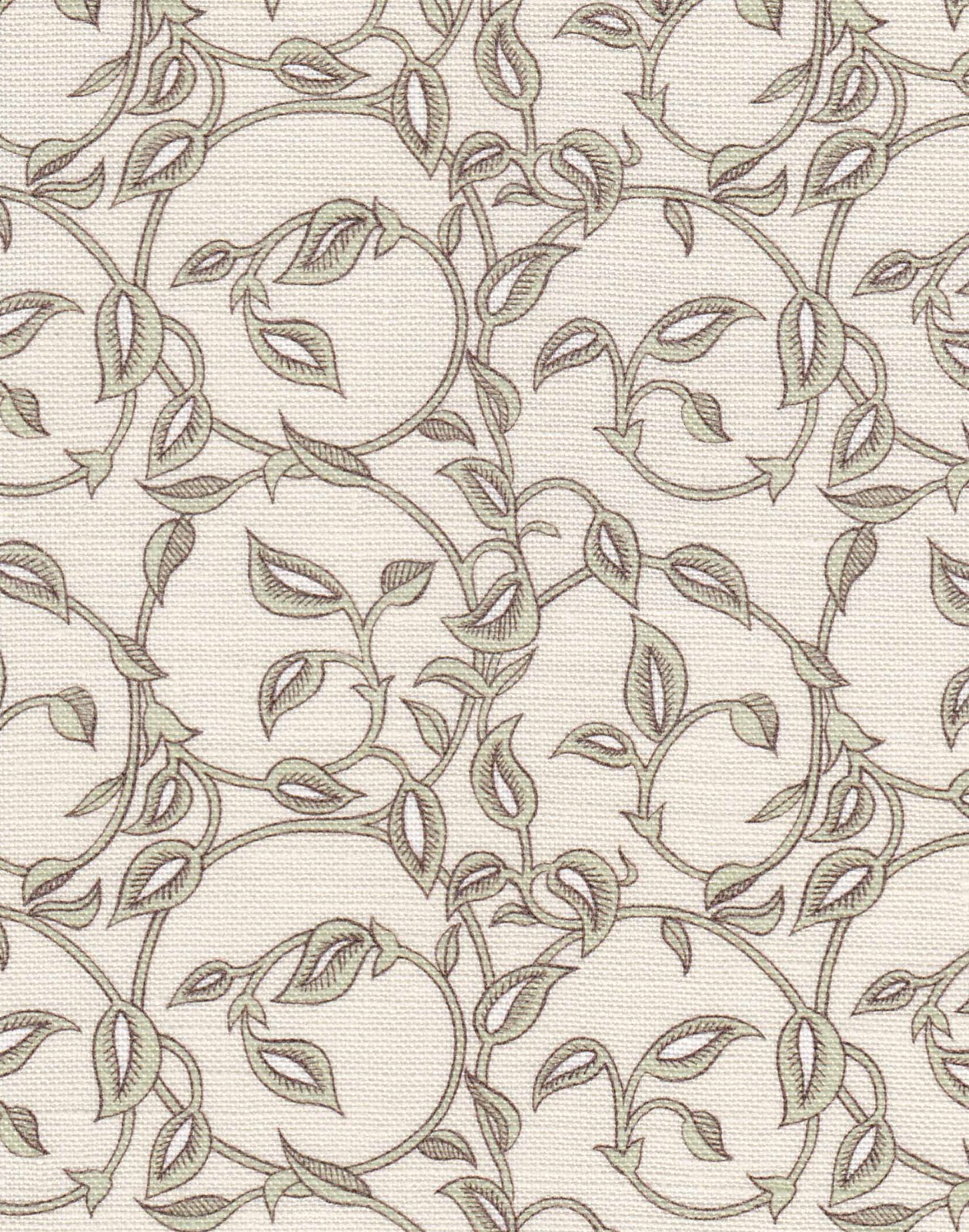 Love these! Especially the chevron! Thanks for sharing!