African Style in the States 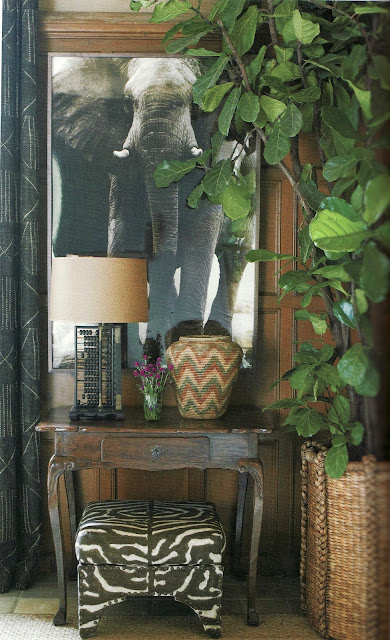 Another book I'll be covering in the next few days is designer and shop owner Nathan Turner's debut release. Whether he's pulling together a room or a cozy dinner party, Nathan has a distinct talent for channeling certain vibes -- could be Bloomsbury or California Ranch -- without getting too theme-y. Shown above is an African design appreciation moment. Here he mixed a 19th-century patterned African basket and vintage African textiles (not really visible in this picture) with Amber Arbucci's elephant photograph and a Ralph Lauren zebra fabric. 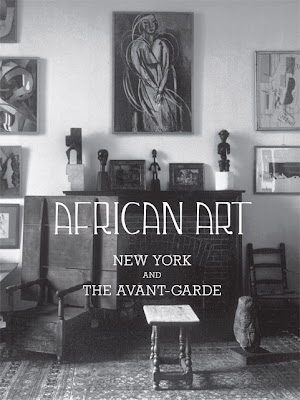 Nathan's vignette prompted me to post a quick reminder of The Met's recently opened show, African Art, New York, and the Avant-Garde, on view through April 14, 2013. We already know how strongly the pioneering artists of the early-20th century -- Picasso, Matisse -- were influenced by African sculpture and textiles but this exhibition looks at American collectors' responses in the 1910s and 1920s. In the States -- well, specifically in New York -- African art and artifacts could be appreciated anew, as abstract works of art rather than colonial trophies. The Met's show encompasses forty wood sculptures from West and Central Africa juxtaposed with photographs, sculptures, and paintings by Brancusi, Rivera, Picasso, Stieglitz, Sheeler, and Picabia. The Harlem Renaissance and its connection to African art is touched on in the exhibition, too.
Posted by Style Court at 10:38 AM

Loving the theme. Might use this for my apartment.

And I love that mad 17th-century chair/settle/tip-up table thing next to the fireplace in the Arensberg apartment - must have been supremely uncomfortable, perfect for the intellectual Arensbergs :)

Emile -- hysterical. Almost like sitting inside a cubist painting. I believe the full view of the room is in the show. Might be other angles at the Philadelphia museum too. You've got me curious to check out other austere seating in the apartment :)

I absolutely love this ethnic style!