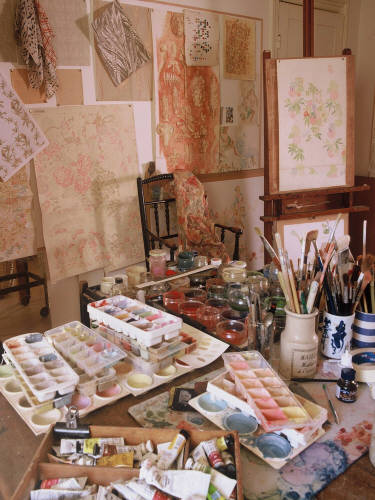 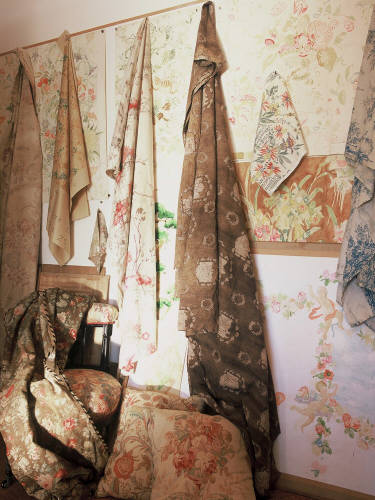 Today I'm thinking about 1970s style. Well, really the 70s through the 80s. Some very divergent looks were in vogue during this time, with one tract being bucolic in spirit: country house chic, a renewed interest in floral fabrics and so on. It makes sense that, in the mid-80s, Laura Ashley opted to collaborate with Charleston, the former rural enclave of artists Vanessa Bell, Duncan Grant and the rest of the Bloomsbury group. Before then, though, artist and textile designer Roger Woods (1945-2002) was also channeling Bloomsbury. 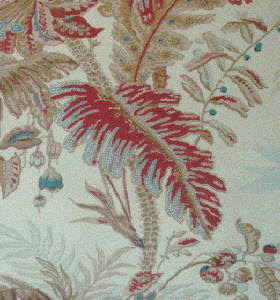 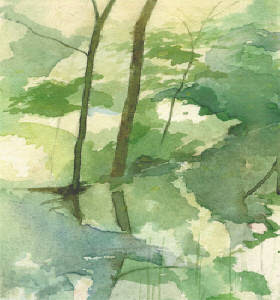 A graduate of the Royal College of Art, Woods became a lead 70s designer at James Haward Textile Design Studio (Liberty of London's major supplier of textile designs) and later worked directly for Liberty's design director, Bernard Nevill. He also freelanced for Etro, Missoni, and Cantoni. According to Ariadne, the fabric house he ultimately co-founded with Simone Witney, Woods was always simpatico with Bloomsbury. 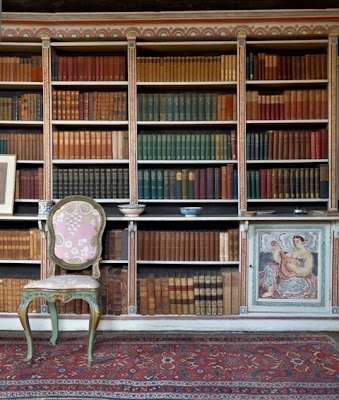 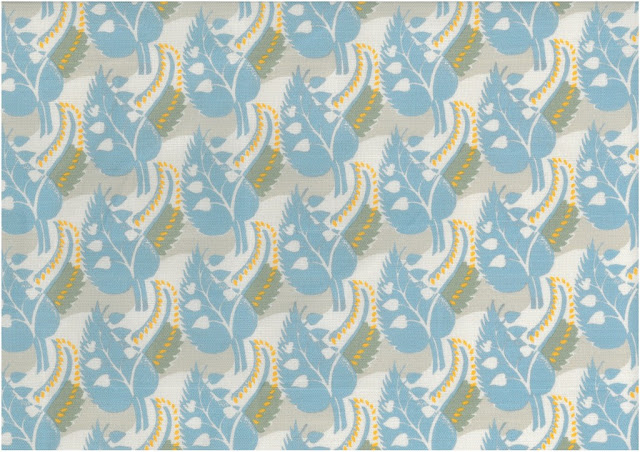 In fact, in the 70s he designed a pattern that was specifically informed by the Bloomsbury aesthetic. Recently developed by Witney and the Charleston Trust, this fabric is now available as a linen/cotton blend at the Charleston gift shop. Two colorways for Charleston Leaf are offered -- pinks or blues -- both inspired by Charleston Farmhouse's mellow palette. 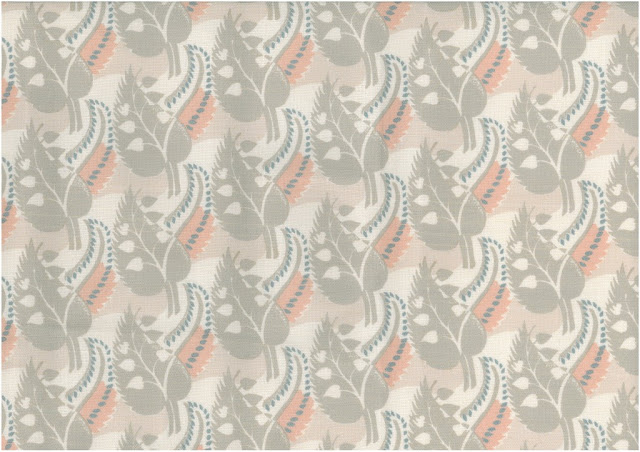 I visited Charleston in May, and the original Vanessa Bell-designed fabrics, also available for sale at the gift shop, are stunning. It's especially interesting to see the original fabric in situ on upholstered pieces in the house. The original designs were incredibly revolutionary for the period (when they were designed in the 1920s/30s).

You make me want to go to England and visit.... I am more then overdue!
Fabulous inspiration!