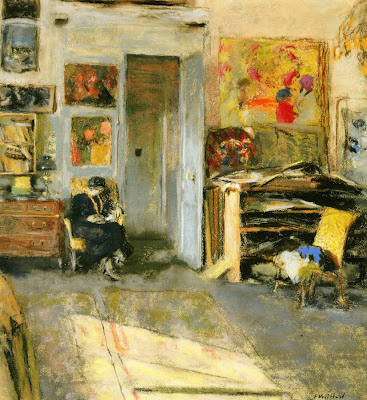 It must be the artists' obsession with pattern. Or maybe their use of vivid color. Several of them do focus on interiors. There's just something about these late-19th and early-20th century artists -- French painters known as the Nabis as well as their Vienna contemporaries -- that seems to really resonate with textile enthusiasts. 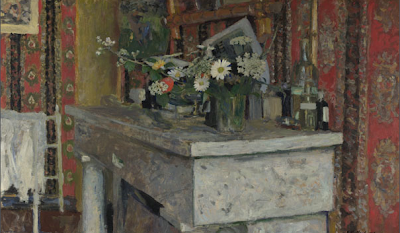 Carolina Irving is drawn to Vuillard, for example, while Erica Tanov sites Klimt as an influence. 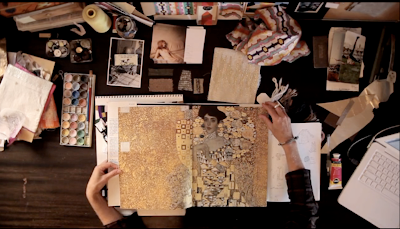 Atlanta-based artist and textile collector Michelle Armas is also passionate about both Klimt and Vuillard, specifically their approach to pattern. In an email she told me that the paintings captivate her: "I feel wrapped up in them." 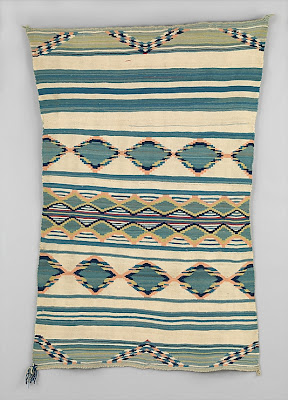 [Woven wool Navajo textile, likely a saddle blanket from Arizona or New Mexico circa 1860-70. The Met.  Bequest of Nelson A. Rockefeller.]

From rugs by British architect/designer C.F.A. Voysey (1857-1941) to the bold 20th-century fabrics of Sonia Delaunay to embroidered Central Asian suzanis and Navajo designs, Armas gravitates toward a wide array of woven, embroidered and printed textiles.

Explaining that she's inspired by hand-worked pieces largely for their tactile quality, she added: "There is nothing but proportion and color and line or shape to define them. They are pure expressions of the artist, and you can touch them! You can put them all around you in your home while you live your life, and they inform a part of your inner world as well as your external world. They are like paintings, to me, in that way: small parts of a huge story that shine just for you, and hopefully make you smile every time you see them." 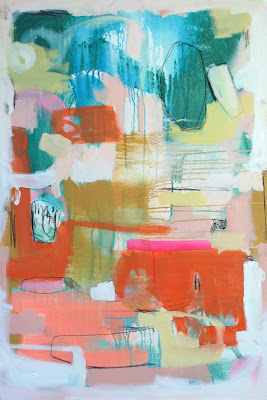 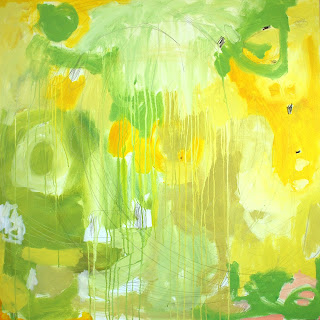 If you're in Atlanta anytime toward the end of this month through mid-November, you can see in person how Armas tells bits of her own story with new mixed-media works on canvas. She has an upcoming solo show, October 26 through November 15, at Gregg Irby Fine Art. When I say the gallery is tucked away, I'm not embellishing for a dash of charm. The petite, low-key place (known for representing emerging artists) literally is tucked behind an old Buckhead church near the intersection of Roswell and Powers Ferry. It's even adjacent to the church's small cemetery, something kind of fitting for a show opening so close to Halloween. Stop by Armas' opening night party on Friday October 26 from 6:30 to 8:30 p.m. to meet the artist as well as gallery owner Irby.

Now back to Gustav Klimt. Roughly a year from today a major exhibition highlighting the portraits of Klimt, Egon Schiele and Oskar Kokoschka will open at London's National Gallery. The Portrait in Vienna 1900 will look at how the avant-garde artists shook up Viennese portraiture, but at the same time continued certain traditions. The image used in the exhibition graphic above is a small detail from Klimt's 1904 Portrait of Hermine Gallia. He designed the ethereal dress she's wearing.
Posted by Style Court at 7:51 PM