Lacquer: From China to Mexico 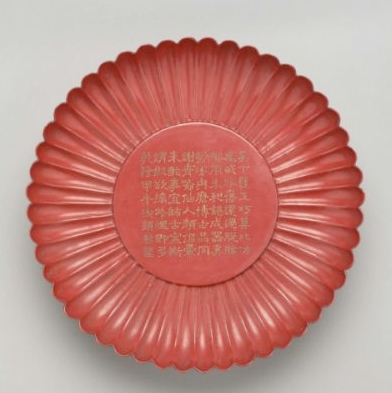 I don't know about you, but whenever lacquer is mentioned, my mind usually drifts to Asia -- particularly China or Japan. Chinese lacquer works are revered in the design world, and I expect the MFA's upcoming show, Chinese Lacquer 1200–1800 (November 16, 2012 - September 8, 2013), with tactile objects ranging from furniture to birdcages, will be long on inspiration.

What I'm just getting better acquainted with is Mexican lacquer. 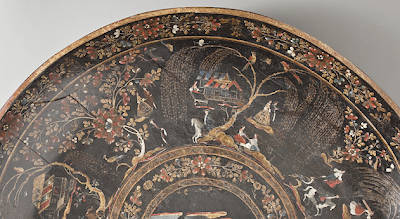 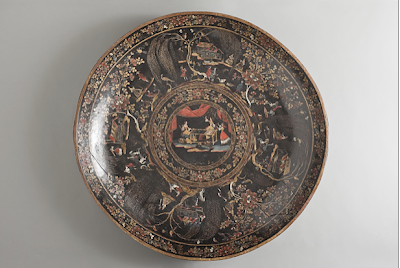 According to LACMA, holder of some exquisite examples, Mexican lacquer (a 2,000-year-old indigenous craft) was historically made with oils from insects and plants, along with minerals. Japanese lacquer, in contrast, was completely plant-based. Today Kathryn Santner posted on Unframed two pieces, including this tray attributed to 18th century Mexico's most renown lacquer artist, José Manuel de la Cerda, that show a Spanish colonial influence. And the strong impact of chinoiserie, too. As you can see the lustrous black background sets off gold-edged weeping willow trees and what appear to be little pagoda-roofed structures. These designs mingle with a bullfighter and other European figures -- two representing Arachne and Athena. In the words of William Poundstone, it's a "Mexican mash-up." 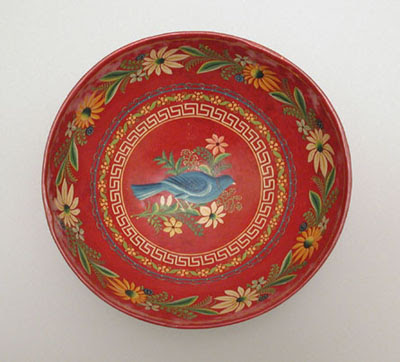 Meandering over to Berkeley, the Pheobe A. Hearst Museum of Anthropology has a great collection of  antique and vintage 20th-century folk pieces. This bowl is from Olinalá, Guerrero, where lacquerware production endured. 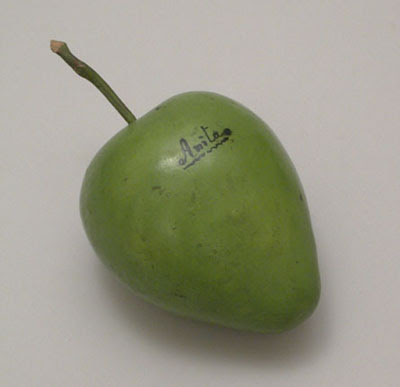 [Gourd in the form of a pear (bule en forma de pera) Olinalá, Guerrero Collected by Phoebe A. Hearst, before 1909.] 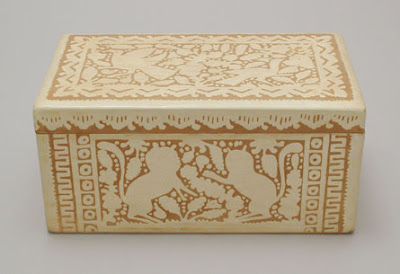