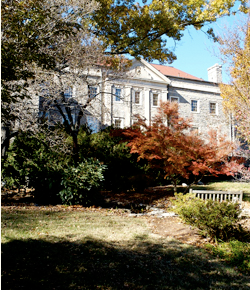 [Images one and two via Cheekwood]

From time to time I mention Cheekwood, the English-inspired limestone estate designed by architect Bryant Fleming in the late 1920s and built by Nashville's Cheek family. The house and gardens are part of the city's history -- they bewitched a young Albert Hadley when he was a junior assistant working for Nashville decorator A. Herbert Rodgers -- and today welcome visitors as a public arts and botanical center. 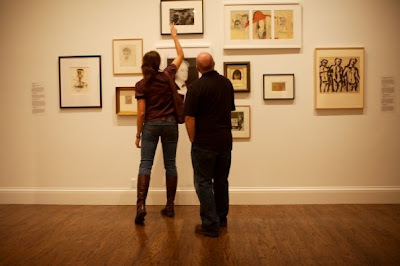 So I couldn't resist pointing out that Cheekwood's art galleries may appear in a November episode of Callie Khouri's Nashville. According to the museum, a few scenes were recently filmed there. 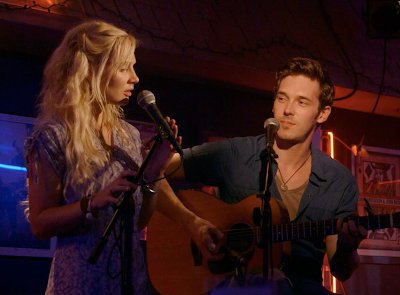 [My own screengrab from Nashville]

If you visit yourself this month, Perspectrum is on view through October 31 in Cheekwood's courtyard gallery. Robert Rauschenberg, Andy Warhol and Peter Phillips are among the included 20th-century artists. While black-and-white works on paper take center stage on Cheekwood's grounds, a companion pop-up exhibition filled with dynamic color is currently on 5th Avenue in Nashville's downtown arts district. And, as always, Cheekwood has its large collection of antique decorative arts, 19th-century landscapes, other diverse pieces of American art and 55 acres of lawns and gardens. 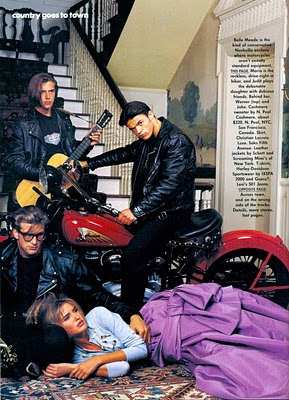 Now for the flashback: Vogue's visit to Music City in the 90s. The entry pictured above (in Belle Meade?),  looks an awful lot like one featured in last night's premiere of Khouri's show.
Posted by Style Court at 3:52 PM

Courtney, if invited to lunch at Belle Meade Country Club, do go, by all means. And order a Frozen Tomato and Sweet (fruit) Tea. Although not exactly a Time Capsule, the delicious, traditional club food is still very Mid-Century in Southern Values.

My mom and grandmother are from Nashville, and I met my husband at Vanderbilt so I have a soft spot for the city. Cheekwood is absolutely beautiful, it seems just right that Albert Hadley would have started there.

Laura, random sidenote: Although they're doing lots on location, I read that they've built an exact replica of the Bluebird cafe for the show :) Curious to see if certain boutiques pop up as well. Just based on the pilot, the city is captured beautifully.