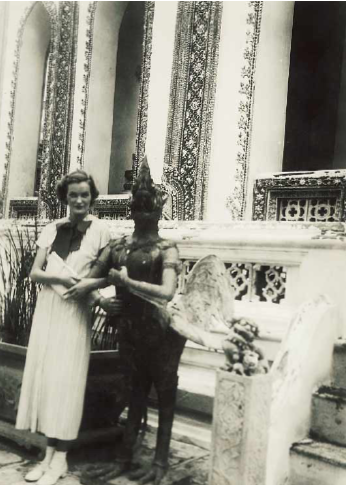 [Doris Duke on her honeymoon in Bangkok, 1935, as published in Nancy Tingley's Doris Duke: The Southeast Asian Art Collection.]

This exhibition, mentioned last week, will likely keep Shangri La -- the spellbinding modernist house Doris Duke described as her private “Spanish-Moorish-Persian-Indian complex” -- at the forefront of Duke's centennial. But it's worth remembering, as Linda Komaroff does in the new release, Doris Duke's Shangri La: A House in Paradise, that Duke had even more wide-reaching interests: the arts of Southeast Asia as well the Middle East; music with roots in the American South; East Coast American architecture; and Hawaiian surfing. 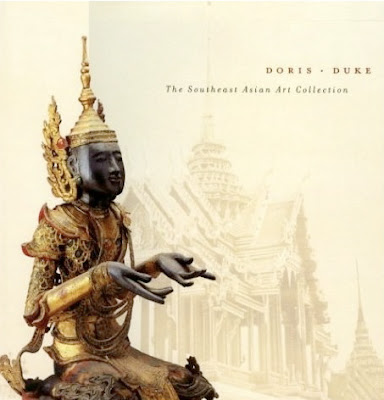 Over the weekend, I began re-reading Nancy Tingley's, Doris Duke: The Southeast Asian Art Collection. And although I briefly highlighted the book during this blog's earlier days, now seems like a good time to offer a recap along with current resources. 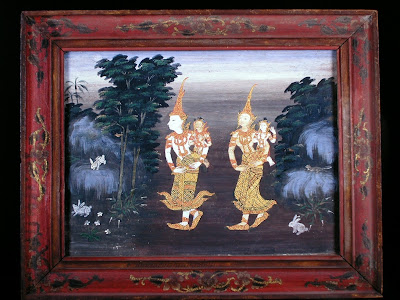 For more than a decade, Duke worked to recreate a traditional Thai village, a public museum dedicated to the culture of Southeast Asia. Her dream was to construct it on Hawaii, or perhaps the mainland U.S. While the village was one of her few never-fully-completed projects, she did assemble an astounding collection of South and Southeast Asian decorative arts. Tingley says that during the 1960s Western collectors rarely gravitated toward gilded, inlaid, and often lacquered 18th- and 19th-century Burmese and Thai art. However, Duke, always marching to her own drummer, loved it. Ultimately many of these pieces were donated to The Walters in Baltimore and the Asian Art Museum in San Francisco, where they are today. So whichever coast you're on, you can enjoy a peek.

[These objects selected by Duke are Indian and comprised another collection: 20th-century enameled and gold cigarette holder from Jaipur, likely made for Western market. Below, pair of late-19th-century seed pearl bracelets.] 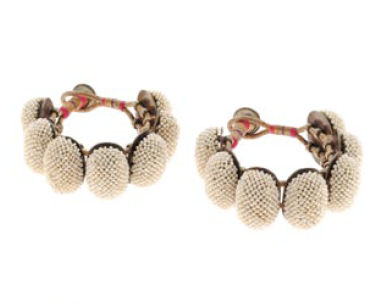 For me it's been well worth it to buy bound copies of the various books about Duke's work and collections, but her Foundation still generously provides online copies of some titles. Gems from the East and West: The Doris Duke Jewelry Collection is helpful, not just in terms of better understanding Duke but also for seeing jewelry in a new light -- as finely crafted and highly personal art objects rather than fluff. 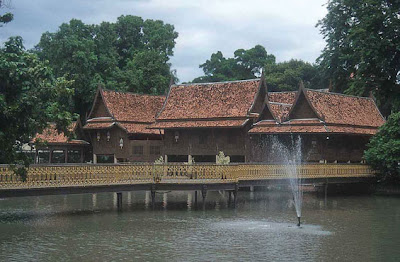 In 2009, the Asian presented Emerald Cities: Arts of Siam & Burma. Nearly two-thirds of the pieces on view came from the Doris Duke Charitable Foundation’s Southeast Asian Art Collection. Apart from the previously linked microsite, the Emerald Cities podcasts remain available through iTunes U.
Posted by Style Court at 7:40 PM