Cult of the Interior 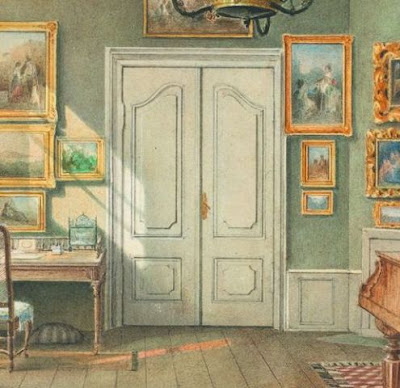 So the monumental expansion and redesign of the Cooper-Hewitt continues. The main campus galleries are scheduled to reopen in 2014, but in the meantime past exhibitions organized by the Museum are traveling to other institutions across the U.S. and abroad. Romantic Interiors: Watercolours 1820–1890 just opened in Paris at the Musée de la Vie Romantique and will remain on view through mid-January 2013. 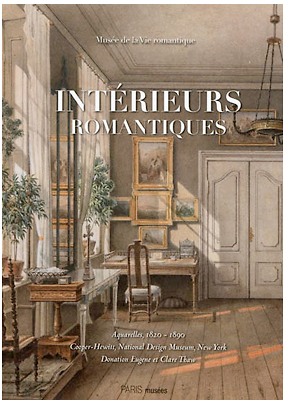 This show explores the Post-Revolution era, a time when a new group of people were achieving success, ultimately catching the decorating bug, and commissioning artists to do portraits of individual rooms. These artists may have previously worked as porcelain painters or topographical painters, but the demand for interiors pictures offered them more professional options. In all there are eighty-nine highly detailed 19th-century watercolours and gouaches of European interiors in the exhibition -- works donated by Eugene V. and Clare E. Thaw to the Cooper-Hewitt. It was a period of major changes in design, and the evolution is captured by the drawings. 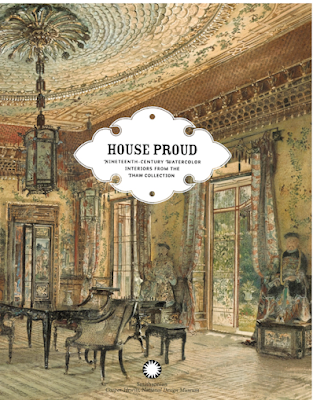 When the show first opened at Cooper-Hewitt in 2008, you may recall, it was titled House Proud.  For the French audience, there's a revised catalogue with additional findings on the room portraits.
Posted by Style Court at 6:30 PM

This was a marvelous exhibition. I saw it with Patricia from PVE and we enjoyed it so much. I encourage everyone to see it if it travels near them!

Terrific endorsement coming from the two of you! Thanks, Stefan.