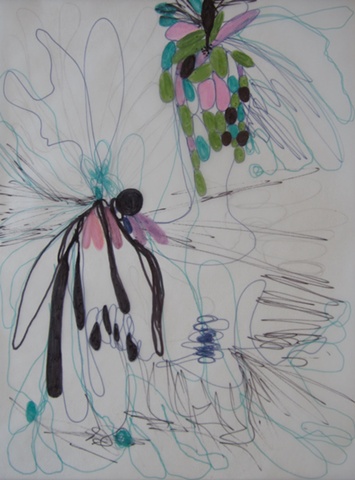 [Hayley Gaberlavage, Summer Bloom,  mixed media on vellum 9"x12" and, below, her large-scale acrylic on panel: Suits and Bow Ties.] 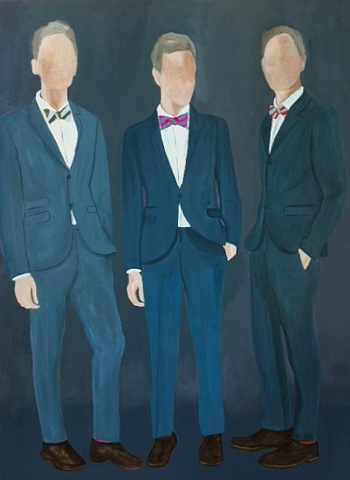 Masterful portraits of the distinctive Southerners she encounters in New Orleans and her native Alabama brought artist Hayley Gaberlavage to the attention of Oxford American and earned her a place on the magazine's 2012 100 under 100: Superstars of Southern Art. As a longtime fan of her work, I was proud to see her name on the list. But I said that already, in the spring. Today I'm drawing attention to one of Hayley's non-figurative mixed-medias -- a piece I should've included in the previous Summer Show-and-Tell post -- and another acrylic figurative. In her most recent series of penetrating sociological portraits, the nuanced color combinations are sublime 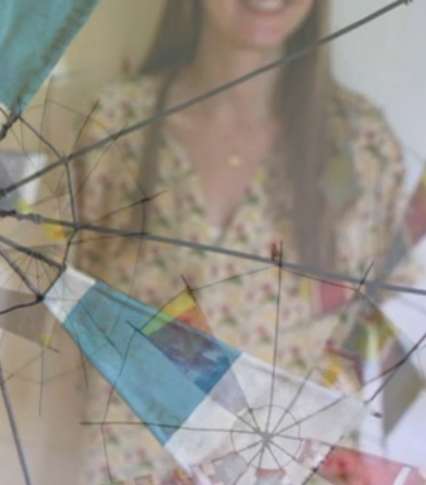 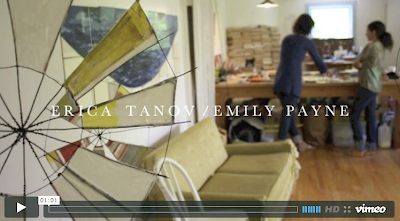 Summer's end doesn't seem so bad when fashion and textile designer Erica Tanov (she's widely admired for her non-decorator-ish approach to interiors as well as her way with clothes) begins to post more fall collection sneak peeks. Not too long ago I mentioned a new textile collaboration between Tanov and West Coast artist Emily Payne. Now you can get a better sense of the creative duo's process via this short video.

Oh what fun. Such creativity.