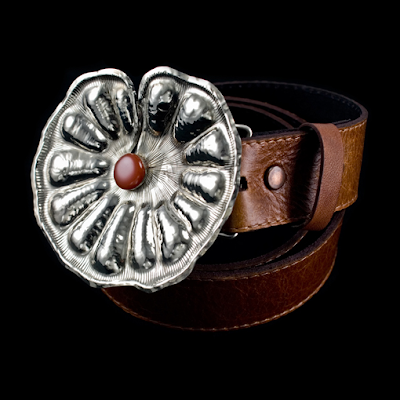 Perhaps taking cues from The Met's massively influential Costume Institute, more fine art museums in the U.S. are embracing fashion and I've been wondering if the High in Atlanta -- where there is a very strong decorative arts and design collection but no curatorial department specifically for textiles and costume -- might organize something fashion adjacent. Happily, the answer is yes. 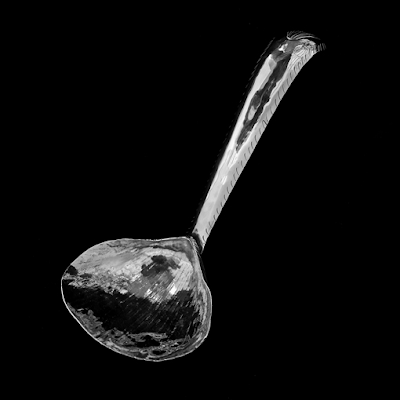 Kicking off 2013 will be Gogo: Nature Transformed, opening January 19 and continuing through June 23. Cumberland Island-based designer Janet Ferguson, aka Gogo, has long worked with shells, bones, and cast silver and gold, creating housewares, jewelry, and accessories influenced by her wild surroundings. When I look at her metal shell serving spoons and seed pod belt buckles, I see connections with both the High's old silver and modern pieces. 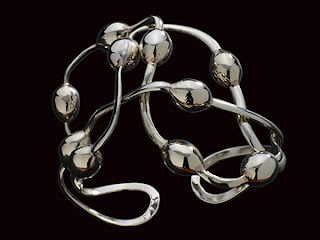 For next year's retrospective exhibition (her first museum show, BTW), Ferguson will create specifically for the High a sea urchin-inspired ottoman and a six by eight foot seaweed-inspired wall sculpture. Fans will also notice Gogo's earlier natural bone designs: In all, 63 works accompanied by a catalogue with a foreword from Mikhail Baryshnikov and an interview by High curator Sarah Schleuning. 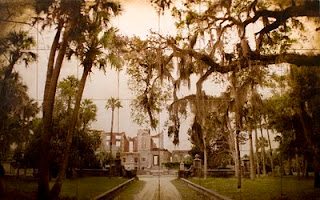 [John Folsom, photography on board with oil and wax medium. Image courtesy the artist.]

Related past post: Summering at the End of Empire.
Posted by Style Court at 3:07 PM

I met Gogo this fall at a show in Baltimore. She explained each of her pieces to me and told me what all of the bones were. Her work is gorgeous!

I'm so anxious to see what the High does up in the gallery, to evoke that Cumberland feeling.