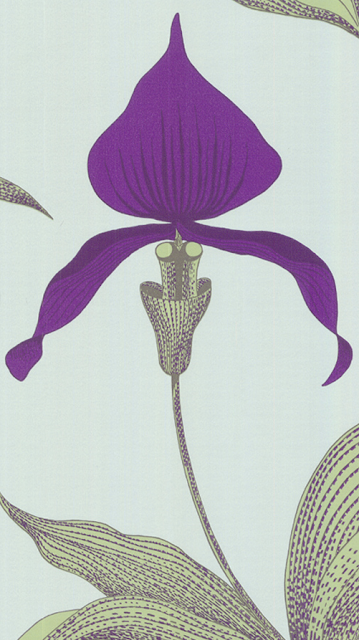 Just under four weeks remain.  Fall's big Ottoman textile exhibition opens in D.C. on September 21, and before then I do plan to cover the 192-page companion catalogue. For today, though, a look at other designs -- mostly contemporary -- that could be described as descendants of 16th-century Ottoman Court artist Kara Memi's stylized flowers. 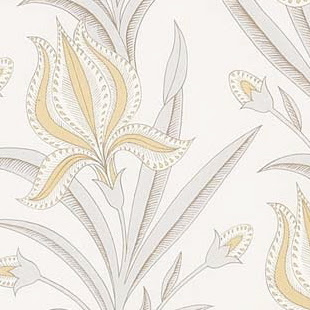 Aleta Bartel-Orton's Pink Iris. Some of you may remember that Aleta's textiles are all drawn and handpainted before the printing stage, which takes place in her home country, England. (She's an artist herself with a background in surface design.) 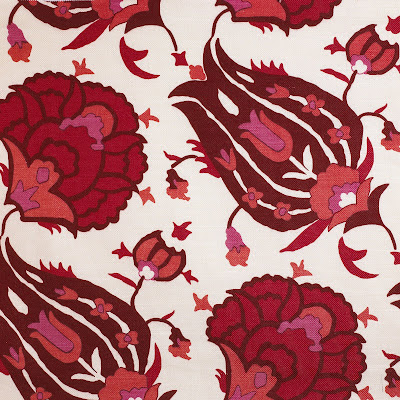 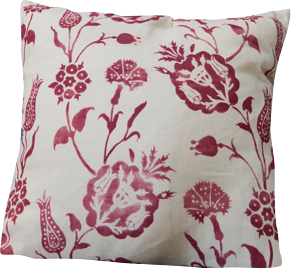 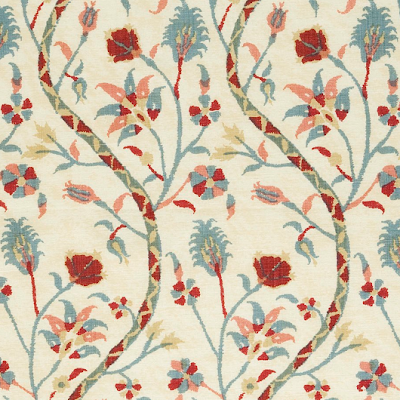 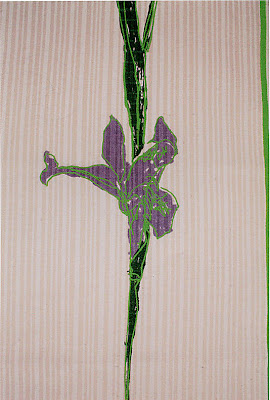 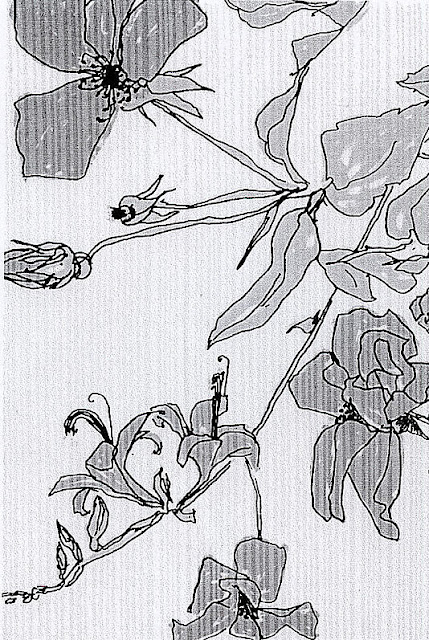 Doris Tillett's 1970s floral designs I'm including, not because they feel Ottoman, but because they have a place in the history of abstracted, stylized blossoms, and we'll probably be looking back at her work a lot during the next few months. 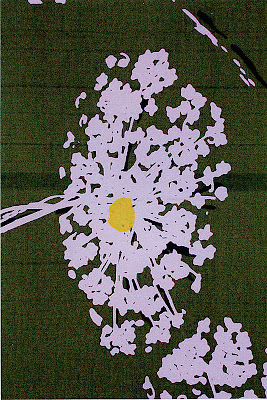 Below is an actual 16th-century woven silk from Turkey (part of the V & A's collection). During the late Victorian era, British commercial pattern designer Arthur Silver reproduced it in his Silvern Series. 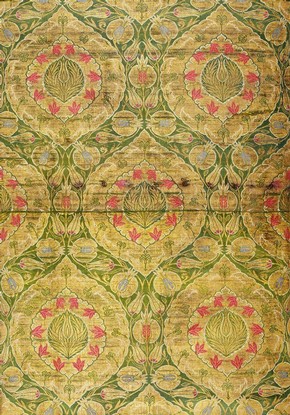 Mentioned earlier this month, the series was composed by Silver with more than six hundred photographs (relatively new media at the time) of pieces from the V & A's sizable holdings -- known then as the South Kensington Museum. His intent in publishing the compilation, according to the Museum, was to inspire textile manufacturers. Some of his most famous clients included Liberty (see an iconic Silver-for-Liberty design here) and G. & P. J. Baker.
Posted by Style Court at 3:48 PM

You've captured some of my favorite patterns and textiles. I love seeing them all together, and very interesting about Arthur Silver.

Laura -- I can see you working with the classics! Will share more of the antique stuff soon...