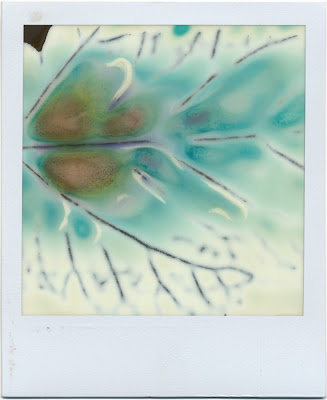 [Ryan Nabulsi Seven, 12" x 18" digital archive print limited to edition of 25. Below, another from Nabulsi's series, Three, same size and limited edition. Both are $250 and available through Jennifer Schwartz's online gallery The Ten.] 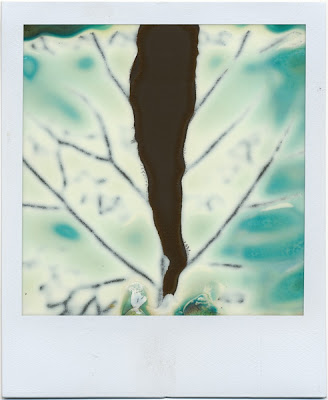 Responding to the era of the iPhone, this 21st century period when all of us with access to a camera phone are documenting our worlds, Atlanta-based photographer Ryan Nabulsi is looking to the past. But his intention is to create something new.

Inspired by the photograms or rayographs of the early 20th century -- a form that involved artists positioning insects, leaves, lace or other small pieces onto a light sensitive material and then exposing the paper -- Nabulsi has done his own thing, imprinting leaves directly into the chemistry, rather than exposing it. He also works with instant analog film (SX-70 Polaroid) but is making his images bigger, and less familiar, than old Polaroids. His work is highlighted this month over at gallerist Jennifer Schwartz's The Ten. 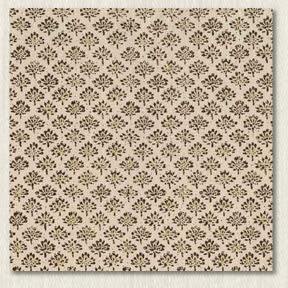 Long-time textile designer Elizabeth Hamilton recently branched out on her own with a collection entirely hand silk-screened in the U.S., in her Massachusetts studio. Although I first spotted one her prints in The World of Interiors, January 2012, I have to thank designer Laura Casey for encouraging me to explore Hamilton's lookbook in depth. Today I'm loving Margi in chocolate/taupe.
Posted by Style Court at 9:43 AM

Thanks for including my link Courtney! I love her textiles!