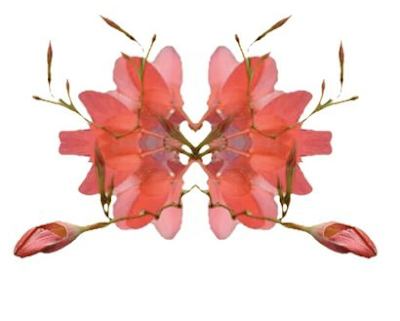 [Screengrab from Pien's Wallpaper Part I, Summer and Early Fall.]

Six years in the making, Sinopticon is a thought-provoking, multi-venue exhibition in the UK that looks at chinoiserie from a contemporary perspective. Design, desire, fantasy, politics, trade, and cultural misunderstandings: the curators' statement says they decided to delve into all of these issues. If, like me, you regularly read Emile de Bruijn's blog for the National Trust, Treasure Hunt, you already know about the project and probably wanted to take his West is East tour at Saltram yesterday.

For those of us who can't get to Plymouth before the exhibition closes on July 7, the Sinopticon site provides a good intro to each of the participating artists. For example, Ed Pien. His commissions for the project include: Bloom, 2012, a monumental paper-cut piece with maritime imagery installed in Saltram's Stairway Hall and Wallpaper, 2012, a film that draws on the house's centuries-old chinoiserie papers to create a sort of living wallpaper. Pien shot footage of flowers -- plants he grew himself -- moving in the garden breeze, then digitally manipulated the blossoms into Rorschach-esque forms and decorative, repeating patterns. Wallpaper was commissioned for Saltram's servants' rooms. Take a peek here.
Posted by Style Court at 4:30 PM

I find Pien's work very beautiful and very disturbing at the same time. Disturbing in that there is absolutely no prettiness in his beauty. Although it is very delicate, it is also completely uncompromising. It makes the viewer aware of the infinity of nature, of the world - like looking into a stunningly beautiful abyss. I suppose you could call it a contemporary update on the eighteenth-century concept of the sublime (and eighteenth-century viewers may have experienced similar feelings vis-a-vis Chinese decorative art, as it represented a world so far away and so strange to them).