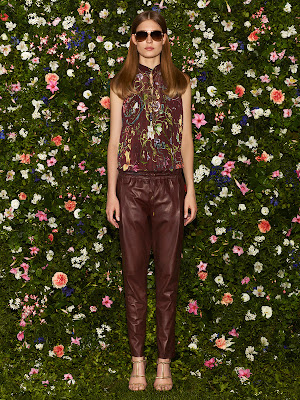 Originally appearing in 1966 on a scarf specifically designed for Princess Grace, and then reemerging on many other pieces (daughter Princess Caroline's 70s blouse, for example), Flora, Gucci's iconic print, was recently seen yet again in Vogue's coverage of the Italian house's 2013 resort collection. 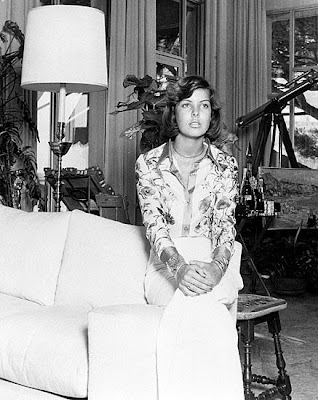 [Princess Caroline of Monaco via Gucci on FB] 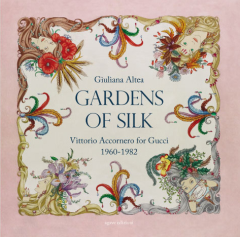 If you're interested in learning more about the illustrator behind the lively floral, Vittorio Accornero, there's a 2009 book written by art historian Guiliana Altea: Gardens of Silk: Vittorio Accornero for Gucci 1960 -1982. (Sidenote: back in 2008 Stefan shared some images of Accornero frescos begun in  the 30s.) 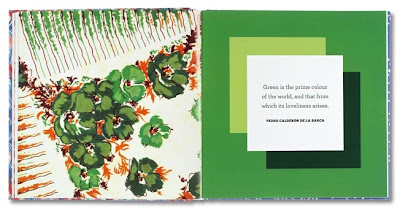 [From Albrechtsen's book The Printed Square published by Thames Hudson]

Looking at Accornero's scarves reminded me of The Printed Square, an exhibition of earlier 20th-century handkerchiefs and scarves curated by textiles authority Nicky Albrechtsen at The Fashion and Textile Museum in London. There are only a few days left to catch the show; it closes June 16 along with Designing Women: Post-War British Textiles. But we can all see the floral and geometric squares in Albrecht's book. 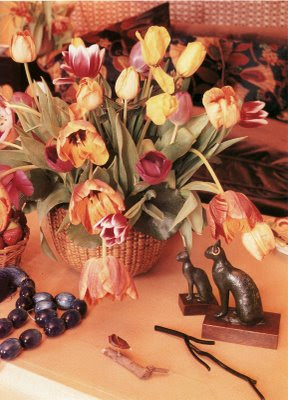 Nearly every year I sneak into a blog post a small mention of Jackie O's library pillows made from Liberty scarves. Will I finally do a similar project this summer? Probably not. I'm already swimming in paint samples for another DIY experiment. But for ongoing inspiration, I'm still drawn to Albrecht's other book, Scarves. For those inclined to create their own original handpainted scarf, Sarah Campbell will lead the V & A's summer school workshop, Iconic Design: Silk Scarves on July 18.