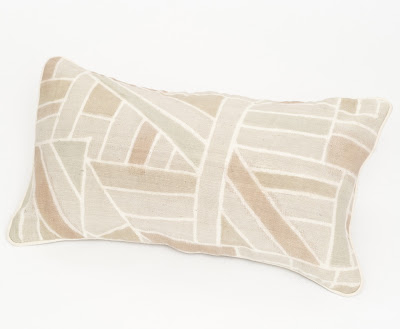 Just glimpsing a thumbnail image of Proud Mary's mud cloth Grillage pillow, I was drawn to the hand-dyed pattern's overlapping lines. When a larger picture revealed soft shades of grey, green, and rose, I liked it even more. 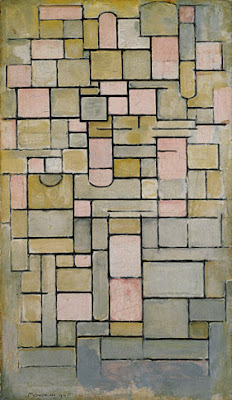 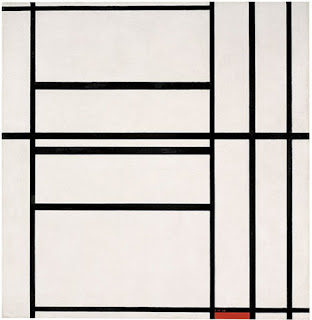 
Piet Mondrian's work influenced the design, according to Proud Mary, and since the pillow was hand-made in Mali, West Africa, I'm thinking it's a nice example of art and design coming full circle. 20th-century Modernists, most notably Picasso and Matisse, took inspiration from the abstracted forms seen in old Central African textiles and sculpture. And exposure to Picasso's Cubism led Mondian to Paris, where he did his own experimentation with geometry and abstraction. So the artisans in Mali are continuing one very long thread. See traditional African wovens here. 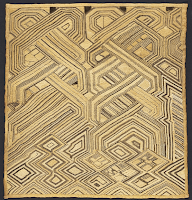